Glow of screen on cell phone only way to bridge years of separation for many loved ones. TWEET SHARE 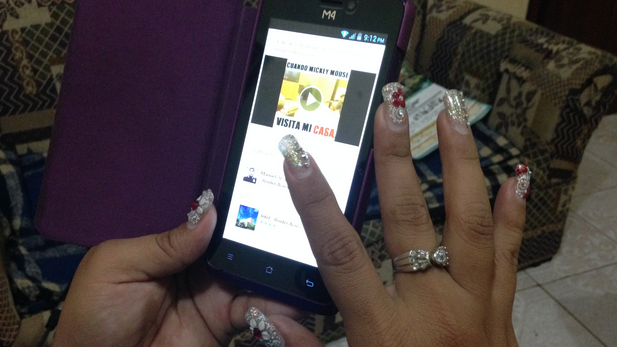 Social media has made connecting with faraway friends and relatives so easy, many people take it for granted. But imagine if it was the only way to interact with loved ones.

For millions of immigrant families separated by a border and a lack of legal documents, social media has become a lifeline.

The sound of a live band cut through the humid night air of Oxkutzcab, a town in the heart of Mexico's Yucatan peninsula. Neighbors celebrate a surprise birthday party paid for by American dollars.The birthday girl is a woman whose husband left to find work in the United States 19 years ago.

As she blew out her candles, the flash of cell phone cameras twinkled in her face. The moment would soon be shared with distant guests who only had access to it online. For families split by immigration, it's now common for special occasions like this to be witnessed from the glow of a hand-held screen. 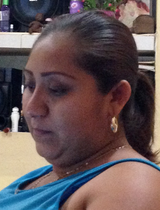 Next door, 30-year-old Asunción Diaz sat in her mother's living room tapping at her smart phone. Her fingernails are adorned with rhinestones.

"I'm checking my messages," said Diaz, who works at a retail store. She invested in a smart phone three years ago after saving for months and now calls it a necessary luxury.

"With social media, we feel more united," she said.

Diaz's father and two brothers left for the U.S. more than a decade ago. All three are undocumented. Her father has come back to visit twice, while her brothers have never returned. Instead they send money to pay for the Wi-Fi bill.

"We share photos, videos and call each other on Skype," Diaz said.

They used their phones to communicate recently when her father was in the hospital. A few months before that her mother met her first American-born grandchild via Facebook.

The other end of the digital thread is 3,000 miles away in San Francisco, a prime destination for Mayan immigrants from Mexico's Yucatan peninsula.

Alberto Perez Rendon directs Asociacion Mayab, a nonprofit that serves the Mayan community in the U.S. city. He said he has witnessed dramatic changes in the way his members communicate.

"People would have to wait for hours at a phone booth in a small town in Mexico to get a phone call from their relatives," he said.

Today, social media has even transformed the way Perez does outreach in San Francisco. He once spent hundreds printing flyers that would take volunteers countless hours to distribute. Now information goes directly on the organization’s Facebook page.

“I feel like we've been more successful than what we were before," he said. "We bring in more people to our activities...and our budget for marketing and outreach is down to zero.”

The Facebook page for Asociacion Mayab works like a binational bulletin board. There’s hometown news from Mexico and photos from Mayan parades in San Francisco. There’s even a post asking for information about a migrant who went missing while crossing the border.

“It's like the distance and the separation does not exist because we can hear the news so fast and we can see the faces we can see the photos,” Perez said.

Nearly half the population in Mexico uses the Internet and most are on social media.

But the marvel of technology doesn’t erase the pain of separation. Asunción Diaz was 13 when her father left.

"My dad has never been with us long," she said. "He's spent most of his life away."

With her father's earnings, the family has built a two-story home, bought two cars and is paying for her sister's tuition in law school. Last year Diaz's dad sent money for a surprise birthday party for her mother, who recalls the day with a sad smile.

"It was a good time," she said. "But it’s also a reminder that we aren’t together."

This story was produced by the public broadcasting collaborative Fronteras Desk in conjunction with reporter Mely Arellano and Round Earth Media's Mexico reporting project.

Do Social Media Posts About Exercise Motivate? It's Not Black or White, Study Says Researchers Use Social Media to Study Nutrition Patterns Tucson officials learn more about planned migrant facility near airport
By posting comments, you agree to our
AZPM encourages comments, but comments that contain profanity, unrelated information, threats, libel, defamatory statements, obscenities, pornography or that violate the law are not allowed. Comments that promote commercial products or services are not allowed. Comments in violation of this policy will be removed. Continued posting of comments that violate this policy will result in the commenter being banned from the site.