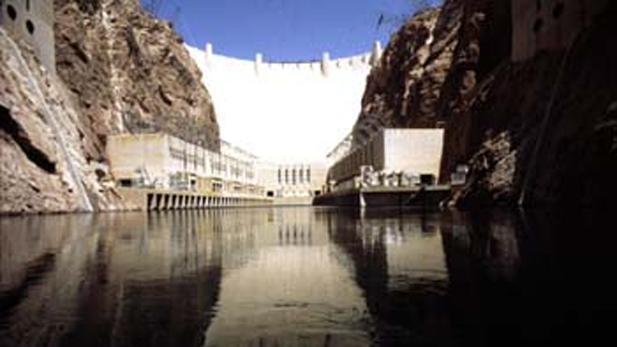 By Will Stone, Fronteras Desk

The current drought has reduced the dam’s capacity to generate electricity by about 25 percent, said Bob Johnson of the Arizona Power Authority, which sells the dam's electricity.

Arizona and Nevada get about one-quarter each of Hoover Dam's power, and California gets the rest. The reduced supply will mean higher costs for electric utilities in Arizona that rely, at least partly, on the dam's power, Johnson said.

“To the extent that they have less inexpensive power, they have to go out and pay market prices for energy which is quite a bit higher than what they pay for hoover so there’s an economic impact,” he said.

The cost of Hoover’s power can be anywhere from 50 percent to 75 percent below the market rate. Johnson said his agency projects the deficit in power will continue into next year.

Lake Mead at Lowest Level on Record, 37% Capacity Quest for Water Takes Northern Arizona City to New Depths Arizona Water Chief: California Should Share Drought Burden
By posting comments, you agree to our
AZPM encourages comments, but comments that contain profanity, unrelated information, threats, libel, defamatory statements, obscenities, pornography or that violate the law are not allowed. Comments that promote commercial products or services are not allowed. Comments in violation of this policy will be removed. Continued posting of comments that violate this policy will result in the commenter being banned from the site.