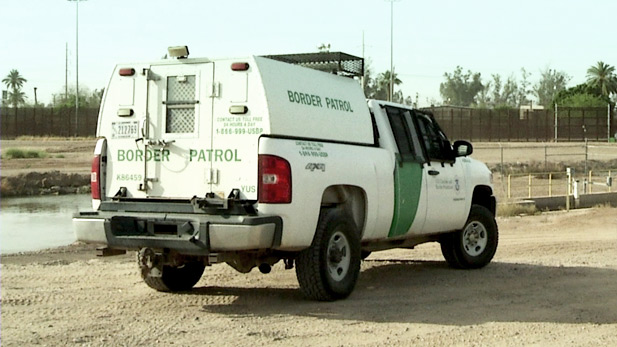 Immigrant rights groups have filed a lawsuit challenging the Border Patrol over conditions in the Tucson Sector's detention cells.

The complaint filed in federal court alleges that men, women and children have been “subjected to inhumane and punitive conditions,” while detained for days in holding cells that are not meant for overnight detention.

More than 200,000 people have been detained in the Tucson Sector of the Border Patrol in the last two years. Many have complained of unsanitary conditions, lack of food and water and freezing temperatures inside the cell, the lawsuit claims.

“Essentially what that says to us is that it’s a sector-wide issue, and it needs to be addressed on a sector-wide basis,” said Mary Kenney with the American Immigration Council.

The American Civil Liberties Union and other immigrant rights groups have complained for years that conditions in immigration detention facilities are inhumane.

The biggest complaint has been the the claim that outerwear is taken from detainees, including young children, before they are placed in “freezing cold rooms,” so cold that immigrants call them the “hieleras,” Spanish for coolers, the complaint said.

“Those complaints are so consistent for the agency to do nothing in response to them for years really demonstrates the lack of regard that this agency has for the people in its custody,” said James Lyall, an ACLU staff lawyer.

"U.S. Customs and Border Protection takes the safety and welfare of individuals in its custody seriously. This is consistently addressed in training and reinforced throughout an agent’s career. On a daily basis, agents make every effort to ensure that those in our custody are given food, water, and medical attention as needed. CBP investigates all allegations of misconduct, and is committed to making continued progress in detainee treatment and the emphasis of policies that protect human life and treat individuals with dignity and respect.

CBP facilities provide for the security, safety and well-being of those in our custody and are maintained in accordance with applicable laws and policies. These facilities are designed to be short term in nature and to house individuals until they can be processed, turned over to another agency or repatriated."

Obama, Rights Group Want Body Cameras on Border Patrol The Haunting of the Mexican Border ACLU Challenges Law Enforcement's Seizure, Sale of Private Property
By posting comments, you agree to our
AZPM encourages comments, but comments that contain profanity, unrelated information, threats, libel, defamatory statements, obscenities, pornography or that violate the law are not allowed. Comments that promote commercial products or services are not allowed. Comments in violation of this policy will be removed. Continued posting of comments that violate this policy will result in the commenter being banned from the site.