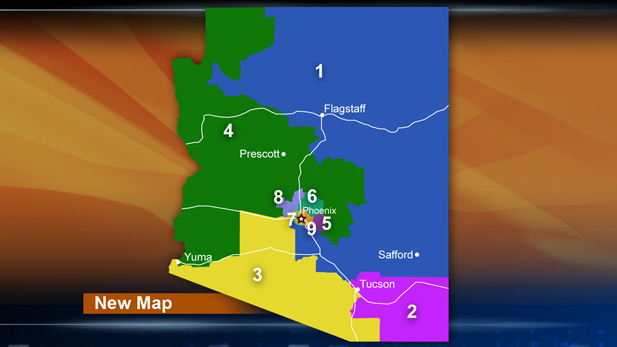 The system, called the Arizona Independent Redistricting Commission, has been in place since voters approved it in 2000, taking direct authority for drawing the boundaries away from the Legislature. 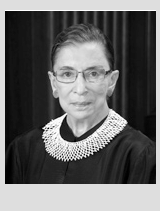 " ... The Arizona Constitution 'establishes the electorate as a coordinate source of legislation' on equal footing with the representative legislative body," Justice Ruth Bader Ginsburg wrote in the majority opinion.

"The people of Arizona turned to the initiative to curb the practice of gerrymandering and, thereby, to ensure that members of Congress would have 'an habitual recollection of their dependence on the people',” the opinion said, quoting from founding father James Madison's Federalist Papers.

"In so acting, Arizona voters sought to restore 'the core principle of republican government,' namely, 'that the voters should choose their representa­tives, not the other way around'," the opinion said, again quoting Madison. 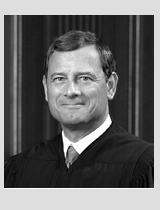 "The relevant question in this case is how to define 'the Legislature' under the Elections Clause," Roberts wrote, referring to the U.S. constitutional provision upon which the case was based. "The majority opinion does not seriously turn to that question until page 24, and even then it fails to provide a coherent answer."

Scalia and Thomas said in their dissents that Republican state legislators did not have "standing" to bring the case to the court, meaning their dissents were directed at that technicality and not at the issue of who has authority to draw district boundaries. Still, Scalia said it was his opinion that authority for redistricting rests with the Legislature and not the commission.

The definition of "legislature" was key to the case, with Republicans arguing that the U.S. Constitution is clear that elected representatives would have the power. Democrats argued that Proposition 106, which amended the state Constitution and created the independent process, allowed voters to assign redistricting as they saw fit.

Republican dominance of Arizona politics could have been strengthened if the court had ruled in favor of the Republican legislators who sued the commission. They were poised to open a special session to redraw the lines had the court ruling gone their way.

"We are disappointed that the Supreme Court has decided to depart from the clear language of the Constitution," Biggs and Gowan said in the statement. "The framers selected the elected representatives of the people to conduct congressional redistricting. It's unfortunate that the clear constitutional design has been demolished in Arizona by five lawyers at the high court."

A Republican redrawing of boundaries could have helped U.S. Rep. Martha McSally, R-Ariz., in her 2nd Congressional District, covering Tucson's east side and all of Cochise County. Its electorate is split almost evenly among registered Republicans, Democrats and independents.

McSally lost the 2012 election by 2,400 votes to Democrat Ron Barber. In 2014, the outcome was reversed, with McSally winning the congressional seat by 167 votes after a recount. McSally issued a statement shortly after the court's ruling was announced.

“I respect the court’s decision today, and look forward to continuing to represent the people of Arizona’s 2nd District," she said in the statement. "I was sent to Congress with a job to do, and will continue to work tirelessly with the focus of expanding economic opportunity and improving security for Southern Arizonans.”

Tucson Democratic state Rep. Victoria Steele, who has said she is exploring a run for the 2nd Congressional District seat in 2016, issued a statement lauding the court's decision.

"I am encouraged to learn of this ruling in favor of the power of the people in Arizona," Steele's statement said. "We can now get on with the important business of electing our next congressional delegation."

At issue was the state constitutional amendment that voters passed as Proposition 106. It created the Arizona Independent Redistricting Commission, taking away the Legislature's direct involvement in redrawing congressional boundaries every 10 years.

Republicans in the Legislature claimed the amendment usurped lawmakers' authority to make election-related decisions, as stated in Article 1, Section 4 of the U.S. Constitution.

Paul Bender, a professor at Arizona State University's Sandra Day O'Connor College of Law, said the Supreme Court justices in the minority on the case missed the point.

"It seemed to me the argument that they did not fully understand is that in Arizona, the people are the legislature," Bender said. "So when the Constitution says the legislature of the state shall do the redistricting, they're saying the people can decide how to do it."

US Supreme Court Upholds State Legislative Boundaries Voters May Decide on Expanded Redistricting Commission Lawmaker Proposes Elected Redistricting Commission
By posting comments, you agree to our
AZPM encourages comments, but comments that contain profanity, unrelated information, threats, libel, defamatory statements, obscenities, pornography or that violate the law are not allowed. Comments that promote commercial products or services are not allowed. Comments in violation of this policy will be removed. Continued posting of comments that violate this policy will result in the commenter being banned from the site.