Drug is second OK'd by FDA for treatment; up to 200 Arizonans are bitten each year. by Amanda Le Claire Tweet 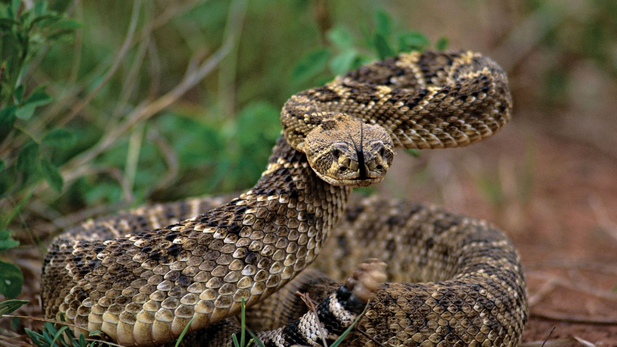 This is just one of the many types of rattlesnakes in the desert wilderness of Arizona.
AZPM Staff

Federal approval of a new rattlesnake anti-venom will allow researchers to better understand how to treat bites from the wide variety of poisonous rattlers found in Arizona.

Recent approval of Anavip by the Food and Drug Administration is an important step for researchers at the University of Arizona. The drug will allow physicians to begin specializing treatments of bite victims based the symptoms and the species of rattlesnake the patient was bitten by.

The drug is the second anti-venom approved by the FDA for public use.

Keith Boesen, director of the Arizona Poison and Drug Information Center, said the research is especially important for Arizonans.

“We have such a large number of rattlesnakes bites in all of our counties," Boesen said. "Such a variety in how all these patients present [symptoms], that we’re looking for the best possible drug...having two options is incredibly important and exciting for us."

Anavip will be available for use in 2018. Boesen said, although 200 rattlesnake bites are reported in Arizona yearly, not all patients seek treatment. He said anyone who is bitten should get help immediately.

UA Researcher Develops Snake Bite Treatment UA Professor Works to Replace Coral Snake Antivenom UA College of Medicine Developing Snakebite Therapy
By posting comments, you agree to our
AZPM encourages comments, but comments that contain profanity, unrelated information, threats, libel, defamatory statements, obscenities, pornography or that violate the law are not allowed. Comments that promote commercial products or services are not allowed. Comments in violation of this policy will be removed. Continued posting of comments that violate this policy will result in the commenter being banned from the site.