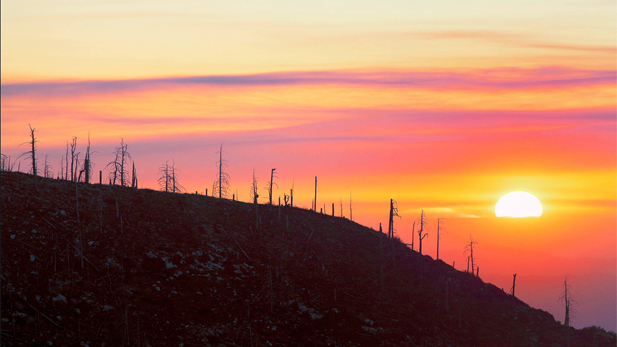 A U.S. Forest Service spokesperson said that an early season fire on Mt. Lemmon last weekend was a "wake-up call."

"It’s our first fire we’ve had at that elevation," said Heidi Schewel, a spokesperson for the agency.

The Miami fire on Mt. Lemmon reached 4.5 acres and was nearly contained on Monday afternoon.

Schewel said this summer could be especially dangerous due to the low amount of snowpack on the mountains during the winter.Despite that, she says, recent weather has been beneficial.

“Helping us out are these little weather patterns (that are) dropping our temperatures and raising our relative humidity," she said. "These will give us temporary reprieve as long as they come through, but when things heat up... that’s when we’ll be looking at more wildfire activity.”

Schewel says the U.S. Forest Service’s seasonal firefighters are trained and the agency’s firefighting equipment is ready, including a helicopter that was used on Mt. Lemmon during this weekend's fire.

Forest Restoration Initiative Promises Hundreds of Jobs Southern Arizona Fire Season Could Be Short But Severe Improved Wildland Firefighter's Shelter to Be Tested
By posting comments, you agree to our
AZPM encourages comments, but comments that contain profanity, unrelated information, threats, libel, defamatory statements, obscenities, pornography or that violate the law are not allowed. Comments that promote commercial products or services are not allowed. Comments in violation of this policy will be removed. Continued posting of comments that violate this policy will result in the commenter being banned from the site.