Cook the Colors of the Rainbow with Author Jackie Alpers

Sprinkles! Recipes and Ideas for Rainbowlicious Desserts is packed with ways to make desserts not just delicious - but beautiful too. by Vanessa Barchfield Tweet 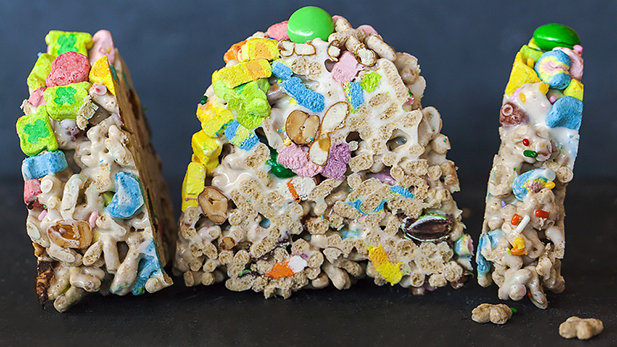 Of the hundreds of works that will be showcased this weekend at the Tucson Festival of Books, Jackie Alpers' cookbook Sprinkles! Recipes and Ideas for Rainbowlicious Desserts is bound to be the most colorful.

Alpers studied photography and painting at the Columbus College of Art and Design in Columbus, Ohio and moved to Tucson with her husband more than two decades ago.

Although she has built her career as a cookbook photographer, she was not initially drawn to food photography.

"It used to be a very techy kind of photography," she said. "Where the photographers that were involved in it were into very specific lighting and making fake food look like real food- like making mashed potatoes look like ice cream. And that wasn't something I was interested in."

It was the iPhone, she said, that changed her mind. Suddenly everyone had the ability to take - and share - pictures of their food. Food photography started documenting real food, that real people ate. "That's when I started to take an interest in it," she said.

Sprinkles! Recipes and Ideas for Rainbowlicious Desserts is Alpers's first cookbook. Her editor came to her with the idea for the book.

"She thought I could take the subject and run with it," Alpers said.

She spent six months baking, tasting and acquiring an extensive collection of sprinkles in every shape and size and color.

Her focus was making all of her recipes accessible - interesting for a professional baker, but easy enough for a child.

And she wanted to make everything beautiful- not terribly difficult given her subject.

"Sprinkles brighten up everything they touch," Alpers said. "I'm really fortunate to be able to work with them all the time."

Alpers will be part of a panel discussion called “Mystery of Sweets and Writing Cookbooks” at the Tucson Festival of Books, Sunday, March 15 from 1 p.m. to 2 p.m.

Tucson Festival of Books Returns to University of Arizona Campus Author J.A. Jance: Second-Grade Teacher Inspired Her International exhibition focuses on children's pandemic self-portraits
By posting comments, you agree to our
AZPM encourages comments, but comments that contain profanity, unrelated information, threats, libel, defamatory statements, obscenities, pornography or that violate the law are not allowed. Comments that promote commercial products or services are not allowed. Comments in violation of this policy will be removed. Continued posting of comments that violate this policy will result in the commenter being banned from the site.