Hear why Barry thinks his parents were part of "The Greatest Generation - to Party", and other pearls of wisdom from his new book. by Mark McLemore TWEET SHARE 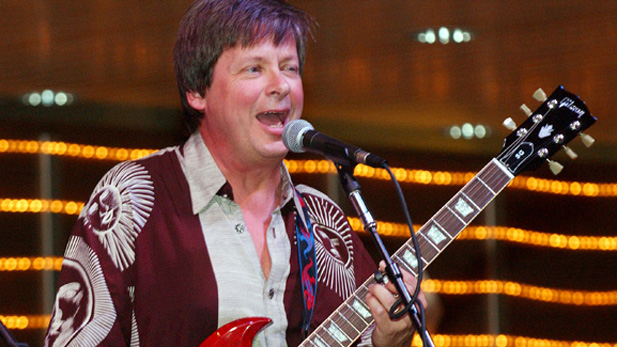 In his secret identity, Dave Barry plays rock star alongside his author friends in the hardrockin' Rock Bottom Remainders.

An unusual new entry in Amazon.com's "parenting book" section is the latest from Dave Barry, called Live Right and Find Happiness (Although Beer is Much Faster).

Barry admits that it doesn't contain much parenting advice, but it does contain his reflections on growing up as the son of a Presbyterian minister in the 1960s, embracing his nerdity in high school, and eventually becoming a parent himself.

The longtime humorist, newspaper columnist, and bon vivant will be visiting Tucson next week as a guest at the 2015 Tucson Festival of Books, March 14th & 15th on the campus of the University of Arizona.

Christopher Conover talked with Dave Barry about his career, starting at the beginning...

Barry and his friends in The Rock Bottom Remainders will kick off the Festival with a benefit concert on Friday, March 13th at 8pm at the U of A Student Union Ballroom.

Kee Malesky Kathleen Madigan Paula Poundstone on the Craft of Comedy
By posting comments, you agree to our
AZPM encourages comments, but comments that contain profanity, unrelated information, threats, libel, defamatory statements, obscenities, pornography or that violate the law are not allowed. Comments that promote commercial products or services are not allowed. Comments in violation of this policy will be removed. Continued posting of comments that violate this policy will result in the commenter being banned from the site.