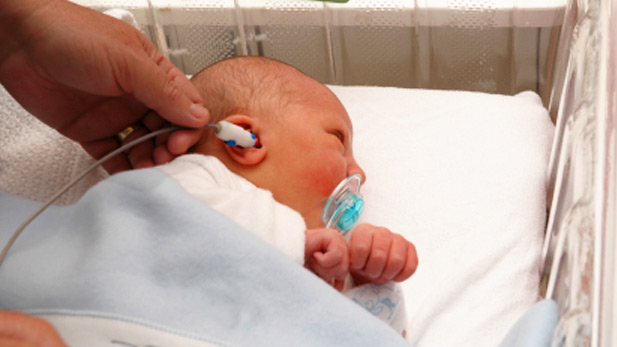 The March of Dimes has recognized the Arizona Department of Health Services for its work to speed with up testing of newborns for about two dozen congenital disorders.

Late last year, the department was criticized for taking too many days to test newborns for 28 diseases.

The department revamped its courier service, worked with hospitals to improve their internal sample management, and reduced what the department calls "transit time" for the samples, Nabor said.

It could be written off as a bureaucratic issue, but it has health implications, she said.

“With extensive long transit times that meant that we were diagnosing babies later, and potentially impacting them for the rest of their lives," she said.

The tests can lead to diagnosis, or further testing, she said, and the faster families know about their child's health, the faster they can make appropriate healthcare decisions.

"Now we can quickly communicate with families if there is a potential or suspicion that this baby might have congenital disorder," she said.

The March of Dimes is giving the state an award for improving the testing time so quickly, and for creating a model other states the states can replicate.

“It is looked at as one of the best models at this point," Nabor said.

Continued unemployment claims still climbing in Arizona Arizona gets more federal money for coronavirus testing Arizona under statewide curfew
By posting comments, you agree to our
AZPM encourages comments, but comments that contain profanity, unrelated information, threats, libel, defamatory statements, obscenities, pornography or that violate the law are not allowed. Comments that promote commercial products or services are not allowed. Comments in violation of this policy will be removed. Continued posting of comments that violate this policy will result in the commenter being banned from the site.