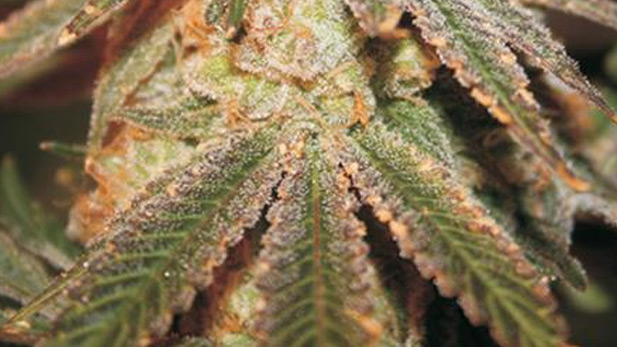 The Tucson City Council has voted to lift zoning restrictions on medical marijuana cultivation sites. Advocates and council members say this can benefit the city's economy.

Vicky Puchi-Saavedra, owner of dispensary Earth's Healing in Tucson's south side, said Tuesday night's decision will help create jobs and fuel great revenue for the city. Now that cultivation facilities can be bigger than the previous 3,000 square-feet limit, dispensaries are set to expand.

"It is like trickle down economics, you don't just hire a grower, you hire bookkeepers, you hire warehouse managers..." Puchi-Saavedra said. "Aside from the sales tax we are paying, city sales tax, so we are helping the city instead of moving our warehouse out of Tucson, back into Phoenix."

Like Puchi-Saavedra, many local dispensary owners had to buy their medical marijuana from cultivation sites in Phoenix, where there is no zoning restrictions for these sites, then ship it to Tucson.

"Most of the product was being cultivated in Maricopa County and in the Phoenix area, which added cost to patients in our area," Uhlich said. "And so we are really monitoring what is happening across the state as the law gets implemented and recognizing that being overly restrictive simply ads cost to patients in Tucson."

She also agreed the local economy can boost thanks to the council's decision.

"Any time we can produce anything locally, it does create jobs and reduce costs," Uhlich said.

A main concern in Uhlich's ward was the potential impact lifting zoning restrictions would have in residential areas.

"We wanted to emphasize this is governing industrial zones, which are typically well buffered from residential areas, so I think those concerns were addressed," she said.

Puchi-Saavedra said dispensaries will also be able to keep up with demand. Before, they ran out of certain strains of medical marijuana quickly and couldn't replenish until the next Phoenix trip.

"We (Earth's Healing) already have a building, now what we are going to do is get it equipped, get it ready to grow...we hope to have a lot more products for our patients...home-grown v. choosing from other cultivation centers," she said. "We will be able to have a steady stream of most popular strains available."

The council also voted to let patients get home-delivered medical marijuana, to extend hours of operation for dispensaries and allow for marijuana infusion kitchens at dispensaries and off-site cultivation facilities.

Could Marijuana Be Economic Boost for Native Americans? Medical Marijuana Advocates Appeal State Rules on PTSD Patients Arizona Health Director OKs Medical Marijuana for PTSD
By posting comments, you agree to our
AZPM encourages comments, but comments that contain profanity, unrelated information, threats, libel, defamatory statements, obscenities, pornography or that violate the law are not allowed. Comments that promote commercial products or services are not allowed. Comments in violation of this policy will be removed. Continued posting of comments that violate this policy will result in the commenter being banned from the site.