CD 1 Republican hopeful says he hasn't presented symptoms, will not be dropping out of race. by Andrea Kelly TWEET SHARE 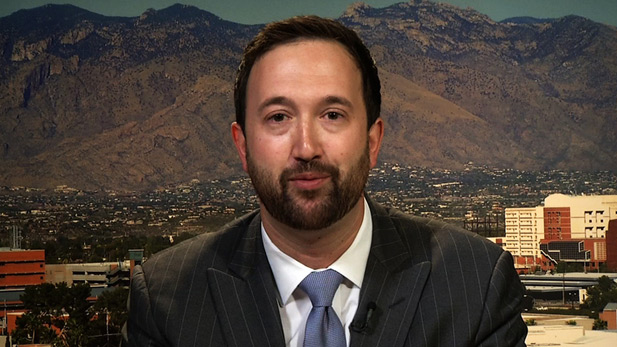 Arizona congressional hopeful Adam Kwasman has announced he has cancer.

It is a form of slow-growing blood cancer, which he said hasn't presented any symptoms and hasn't affected his campaign vying for the Republican nomination in the Congressional District 1 race.

"I'm going to live for a long, healthy life. This is a treatable form of cancer," he said.

Kwasman learned he had chronic lymphocytic leukemia last year, but didn't tell the public because symptoms hadn't emerged. Kwasman added he will likely require no treatment for at least a decade, and he is undergoing quarterly testing to keep tabs on the diagnosis.

He decided to disclose his illness because rumors had allegedly spread that he was sick. He said the timing was solely about rumors, and not related to the congressional primary election in less than two weeks.

“As soon as rumors started flying around we had to make sure that the public had the correct story. Frankly, there’s no good time for telling people that you have cancer," Kwasman said.

Kwasman added he will not be dropping out of the race, and the diagnosis helped inform his opposition to the Affordable Care Act, including Arizona's expansion of its Medicaid program last year.

"At least I can tell a personal story of someone who is young, who’s been diagnosed with cancer, but is healthy," he said.

"All our prayers and best hopes for the Kwasman family," he said. "We sincerely wish Adam Kwasman our very best."

Republican Gary Kiehne, also running in CD 1, sent a similar Twitter message to Kwasman, wishing him "the best with his battle with cancer."

"I know Adam has the strength and commitment to beat this fight," Keihne said in a tweet.

Kwasman, 31, is a first-term legislator from Oro Valley. He was elected to the state House in 2012.

Whoever wins in the primary Aug. 26 will face off Democratic incumbent U.S. Rep. Ann Kirkpatrick in the November general election.

GOP Candidates in CD1 Argue Conservative Values, Broad Appeal Republicans in CD2 Race Would Rewrite Immigration, Border Bill With fewer cars on the streets, Tucson's air quality is improving
By posting comments, you agree to our
AZPM encourages comments, but comments that contain profanity, unrelated information, threats, libel, defamatory statements, obscenities, pornography or that violate the law are not allowed. Comments that promote commercial products or services are not allowed. Comments in violation of this policy will be removed. Continued posting of comments that violate this policy will result in the commenter being banned from the site.