Efforts to get more people involved in primary, general elections including bilingual ads informing independents they can vote in primaries. by Maria Inés Taracena TWEET SHARE

The Pima County Recorder's Office has been reminding independents they can cast a vote in the upcoming primary election on Aug. 26.

These efforts were kickstarted by the Arizona Clean Elections Commission, as they've vowed to get more people to vote in the primaries. This election cycle, the commission joined forces with counties across the state to create stronger educational outreach plans to ensure more citizens participate in the election process. 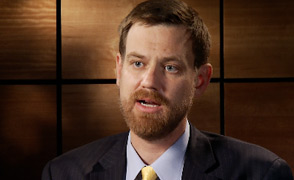 There are advertisements in English and Spanish explaining independent voters they can choose one political party ballot to vote in the primary - Democratic, Green, Libertarian or Republican, according to the Pima recorder's website.

"What we did this year, with the leadership of our current chairman was to really look at, 'What are we doing with voter education?' and work with our county officials to ensure we are getting the message out there to voters," said Tom Collins, executive director of the Arizona Citizens Clean Elections Commission, during Friday's broadcast of Arizona Week.

The Clean Elections emerged from the voter-approved Clean Elections Act, which was passed in 1998 and was a voter initiative. The commission focuses on educating people on candidates, overseeing campaign finance programs, as well as providing some candidates with the option of funding their campaigns with public donations. Their efforts run through the entire election cycle.

Money supporting the education programs comes from a 10 percent sub-charge on court fines and fees, which was also approved by voters, Collins explained.

"If you haven't paid a (traffic) ticket and you haven't actually contributed to a Clean Elections candidate, you've never paid one dime towards Clean Elections (Commission)," he said. "It is a set-aside source that ensures we can provide information directly to voters."

For this year's elections, voters might have seen a pamphlet in the mail with photos of candidates and a statement authored by the candidates. Collins reinforced the commission does not edit these.

Another commission effort involves making sure early voters who return their ballot don't go out to the polls afterwards. "In the past, in some parts of the state, there have been issues around provisional ballots," Collins said.

Early ballots have been out since July 31.

Primary Election Vote Count Winds Down Congressional D2 GOP Candidates Forum Secretary of State Race: Who Can Best Assume Governorship?
By posting comments, you agree to our
AZPM encourages comments, but comments that contain profanity, unrelated information, threats, libel, defamatory statements, obscenities, pornography or that violate the law are not allowed. Comments that promote commercial products or services are not allowed. Comments in violation of this policy will be removed. Continued posting of comments that violate this policy will result in the commenter being banned from the site.