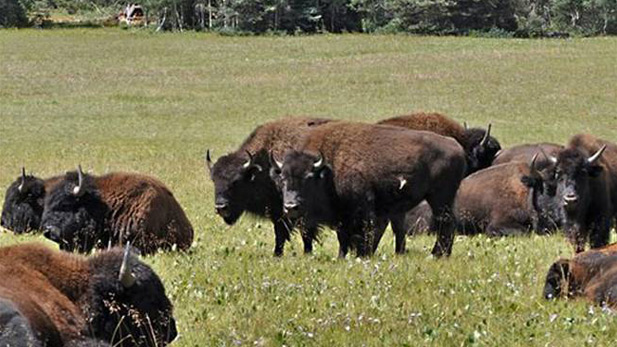 Bison roaming the north rim of the Gran Canyon have overstayed their welcome. Federal agencies recently moved some of the herd off park land and back to their original home on the Arizona Strip.

The herd has grown too big and is overgrazing the land, draining already low water resources and trampling through archaeological sites.

So the U.S. National Park Service called in bison experts, who used what's called a "soft handling" technique to very slowly and gently encourage 19 bison into a trailer and relocate the large animals.

"It’s a large victory, really. We were anticipating it would work but we had a lot of questions around the wildness of these animals and how they would adjust to being in a confined area let alone trailered in a truck," she said.

Now the park and other agencies wait to see if the small group of bison will pioneer their way back to the park.

More than 300 animals remain at the Gran Canyon. Relocating them will likely become an option in the environmental review process.

Grand Canyon Bison Problem: Hunt Them or Relocate? Meetings Set on Development Plan Near Grand Canyon Grand Canyon Damages Leads to Questioning Future of Bison
By posting comments, you agree to our
AZPM encourages comments, but comments that contain profanity, unrelated information, threats, libel, defamatory statements, obscenities, pornography or that violate the law are not allowed. Comments that promote commercial products or services are not allowed. Comments in violation of this policy will be removed. Continued posting of comments that violate this policy will result in the commenter being banned from the site.