Larger ER will accommodate increase in people going to doctor now that they have federally-mandated health insurance. by Andrea Kelly TWEET SHARE 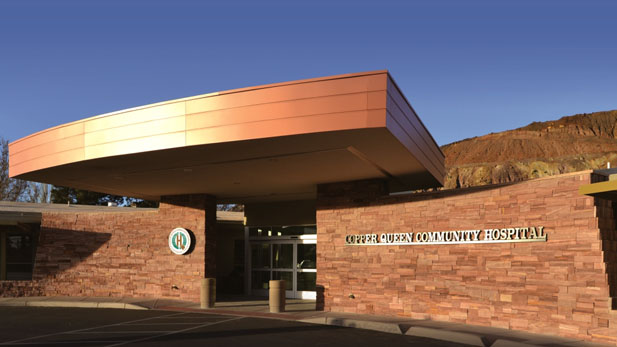 The hospital in Bisbee opened an expanded emergency room Friday to serve more patients in southern Arizona, including Sierra Vista and Douglas. 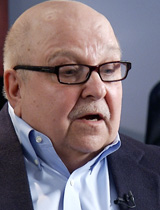 Several Southern Arizona hospitals have struggled during the recession. Economic downturn, plus cuts to the amount of money doctors receive when they treat patients on Medicare, and the increased cost of treating uninsured patients in past years, have caused some hospital closures. The Douglas hospital is attempting to emerge from a bankruptcy filling, said Jim Dickson, CEO of the Copper Queen Hospital in Bisbee.

A few years ago, the hospital started a new ER model where some patients who can be fast tracked through the care system are seen and released quickly. That increased the number of patients, which necessitated an emergency room expansion, Dickson said.

“It turned out to be such a good service, 7 minutes to a doctor, out in less than 2 hours, that our demand has tripled so we needed to build a new space to be able to provide the service to the growing demand that we’ve seen," he said.

A $4 million loan from the U.S. Department of Agriculture paid for the expansion, and the hospital has 40 years to pay that money back. New equipment was paid for with a grant from the federal government, he said.

The Copper Queen is not the only emergency room south of Tucson, but it treats people from other Southern Arizona communities, such as Sierra Vista and Douglas.

More people are seeing doctors now, Dickson said, because of the requirement in the Affordable Care Act that all residents have health insurance or pay a fine against this year's taxes.

"They’re utilizing the ER as their place for health care because they do not have a primary care doctor," he said.

Bisbee Passes Symbolic Death-With-Dignity Resolution Hospital in Douglas May Shut Its Doors Friday Rural Hospitals Connecting With TMC Specialists
By posting comments, you agree to our
AZPM encourages comments, but comments that contain profanity, unrelated information, threats, libel, defamatory statements, obscenities, pornography or that violate the law are not allowed. Comments that promote commercial products or services are not allowed. Comments in violation of this policy will be removed. Continued posting of comments that violate this policy will result in the commenter being banned from the site.