As a child, Nicholas Breitborde watched a family member struggle with schizophrenia, and saw firsthand how isolating the illness can be.

So when he became a psychologist, he made it his mission to help people with psychotic disorders - mental illnesses like schizophrenia, which alter a person’s sense of reality.

He wanted those who experience these frightening disorders to not find themselves alone. 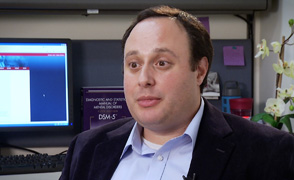 “We’re working with folks who are experiencing auditory or visual hallucinations — they’re seeing or hearing things that other people don’t see or hear,” Breitborde said. “They may have delusions, which are false beliefs about the world ... and these symptoms are starting to get in the way of what they would normally do in the world, with work or with school or with friends.”

Psychotic illnesses can take a terrible toll. They can cause lifelong problems with cognitive abilities, such as attention and memory. They’re a leading cause of disability worldwide, and studies show their sufferers die an average of 25 years earlier than the general population.

But Breitborde said he thinks all that can be prevented. That’s why he founded the Early Psychosis Intervention Center, or EPICENTER.

“At EPICENTER, we’re trying to fill in the gaps in treatment for young adults with psychosis,” he said. “Medication can be very good for reducing some of the symptoms of psychosis, but it alone is not sufficient to help people recover. The research very clearly shows that it has a minimal, if any, effect on getting people back to work, getting them to live independently and helping people have meaningful lives in the community.”

Nevertheless, traditional treatments for psychotic illnesses have focused on controlling symptoms with medication and, if needed, hospitalization.

EPICENTER takes a more comprehensive tack. Breitborde’s clinic welcomes participants who are 15 to 35 years old and just beginning to show signs of psychosis. If they don’t have medical insurance, it provides care for free. And it offers them a voluntary five-year partnership, during which they get a range of treatments designed to help them build healthy, productive lives. 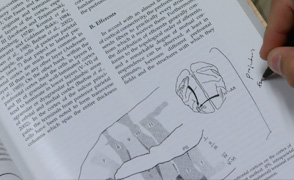 When Breitborde became a psychologist, he made it his mission to help people with psychotic disorders.
AZPM Staff

Participants choose from a menu of services, including individual and group therapy and exercises that address some of the cognitive deficits that come with psychotic illness, said Breitborde. Participants also spend time with peers who can relate to their experiences, and eventually become mentors to newer members.

EPICENTER is also unusual in its emphasis on participants’ families and community members. Every participant must have a family member who also takes part in the program, attending educational sessions, therapy and support groups as needed.

“One of the hallmarks of these illnesses is a withdrawal from social relationships,” Breitborde said. “And many of the young adults who experience psychosis do begin to isolate and pull away from the people and things they used to engage with, and that used to be sources of support and joy in their lives.”

EPICENTER is the only center of its kind in Arizona. According to the International Early Psychosis Association, fewer than 20 programs like EPICENTER are available across the U.S. That fact hobbles mental health treatment in the U.S., said Dennis Embry, president and senior scientist of the Tucson-based PAXIS Institute, which identifies and evaluates behavioral prevention programs, and works on ways to scale up effective ones.

“What’s missing presently is that we no longer give people the possibility that they could be well,” Embry said. “We’re not asking people where they want to go. And EPICENTER turns a lot of this on its head.” 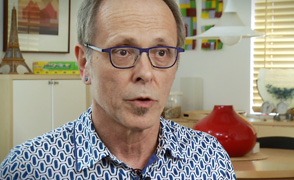 Dennis Embry, president and senior scientist of the Tucson-based PAXIS Institute, which identifies and evaluates behavioral prevention programs, and works on ways to scale up effective ones.
AZPM Staff

EPICENTER is four years into its five-year run. But it’s already seeing signs that its uncommon treatment produces uncommon results. Within six months, most participants return to school or work, get their symptoms under control, expand their social networks, and see their cognitive deficits dramatically decrease, said Breitborde.

“These folks are beginning to return to the life they had pre-illness,” he said. “That’s a very dramatic and, for a mental illness, very quick turnaround.”

Breitborde is also tracking the other, often unseen benefits of EPICENTER’s approach. By keeping the young people he serves employed and well, Breitborde said his clinic is saving the community $4 for every dollar spent on EPICENTER, which is funded through research grants and the UA.

Now Breitborde is raising funds to open an EPICENTER in Phoenix. He’s hoping the program’s model of early intervention will spread, he said.

“We see much attention in medicine to preventative strategies for diabetes, for heart disease, for cancer — things that we could be doing now that will reduce the likelihood that these things will happen later on,” he said. “That approach is still largely absent in the field of psychiatry.”

Embry would also like to see EPICENTER’s approach become the rule, and not the exception. Only then can society fulfill all its potential, he said.

“If we don’t have centers like EPICENTER, we will waste lives,” Embry said. “It’s like putting people in the garbage can and taking them to the dump. I’m sorry, that’s not acceptable to me.”

Mental Health Key to Reducing Pima County Jail Population Decoding the Sounds of Everyday Life Training Prepares Police to Respond in Mental Health Crises
By posting comments, you agree to our
AZPM encourages comments, but comments that contain profanity, unrelated information, threats, libel, defamatory statements, obscenities, pornography or that violate the law are not allowed. Comments that promote commercial products or services are not allowed. Comments in violation of this policy will be removed. Continued posting of comments that violate this policy will result in the commenter being banned from the site.