× CITY COUNCIL CANDIDATE GUIDE: See where Tucson City council candidates stand on issues facing the community and how to solve them.
/ Modified may 13, 2013 4:33 p.m.

The Pima County Medical Examiner’s Office has a new tool to help law enforcement and the public access data on migrant deaths in the Sonoran Desert.

Since January 2001, more than 2,100 bodies categorized as undocumented migrants have been found in Pima County. Now most of those deaths have been recorded in a website that maps out the data.

Gregory Hess, chief medical examiner for Pima County, said the online database has been in the making for eight years.

“Here in Southern Arizona, it’s a unique population," he said. "We’ve been the primary location for migrant deaths and people crossing from Mexico to the United States probably for the last 13 years."

The $175,000 project was funded by an anonymous donor. The medical examiner and the non-profit organization Humane Borders are working together on the website, which will be updated quarterly. 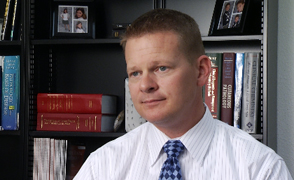 “It’s hard to make policy decisions if you don’t know where people are dying," Hess said. "So having a special representation for where that is can be helpful for that purpose."

The website is called www.humaneborders.info and allows people to search by a person’s name, gender, cause of death, year of death or where the body was found. Most deaths are by exposure to natural elements.

The website is also designed to help researchers, anthropologists and humanitarian aid groups such as Humane Borders to decide where to put water stations. Law enforcement agencies can use the data to track patterns in trafficking and deaths and determine how to allocate resources.

People looking for missing family members can access the online mapping system. Parts of the site are in Spanish.

“This will allow somebody to look at a geographical area, pull up all the remains that were found, have a description of those remains and see if its consistent with the person we’re looking for, if somebody needs to go look or if something else needs to be done,” Hess said.

Migrant Desert Deaths Steady at 150 Annually for Decade Obama Seeks 1,600 More Border Agents Congress Debates 'Secure Border'
By posting comments, you agree to our
AZPM encourages comments, but comments that contain profanity, unrelated information, threats, libel, defamatory statements, obscenities, pornography or that violate the law are not allowed. Comments that promote commercial products or services are not allowed. Comments in violation of this policy will be removed. Continued posting of comments that violate this policy will result in the commenter being banned from the site.