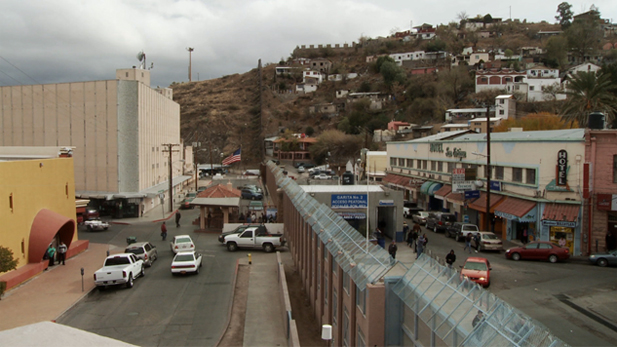 The border between Douglas, Ariz., and Agua Prieta, Mexico.
AZPM

Immigration reform legislation unveiled in Washington this week is being called a starting point in the debate "to secure America's borders, advance our economic growth and provide fuller access to the American dream," say the senators proposing it.

In introducing the Border Security, Economic Opportunity, and Immigration Modernization Act of 2013, the U.S. Senate's "Gang of Eight" said, “Our immigration system is broken and it is time for a national conversation about how to fix it."

"Our bipartisan proposal is a starting point, and will be strengthened by good-faith input and ideas from across the ideological spectrum," the statement said. "We look forward to multiple Senate hearings on this bill, an open committee process with amendments, and a full and fair debate in the Senate.”

The 844-page bill was released Tuesday by the "Gang of Eight," a bipartisan group that includes Arizona Republicans John McCain and Jeff Flake. They and six others have been working on the proposal since shortly after last fall's presidential election.

Among provisions of the legislation:

The first hearing on the proposal is expected Friday in the Senate Judiciary Committee.

Trump Immigration Plan: Shift From Family Reunification to Merit-Based System AZ Week: Immigration Has Its Day Senate Hearings Open on Immigration
By posting comments, you agree to our
AZPM encourages comments, but comments that contain profanity, unrelated information, threats, libel, defamatory statements, obscenities, pornography or that violate the law are not allowed. Comments that promote commercial products or services are not allowed. Comments in violation of this policy will be removed. Continued posting of comments that violate this policy will result in the commenter being banned from the site.