The center is part of a minority outreach across the country. by Christopher Conover Tweet 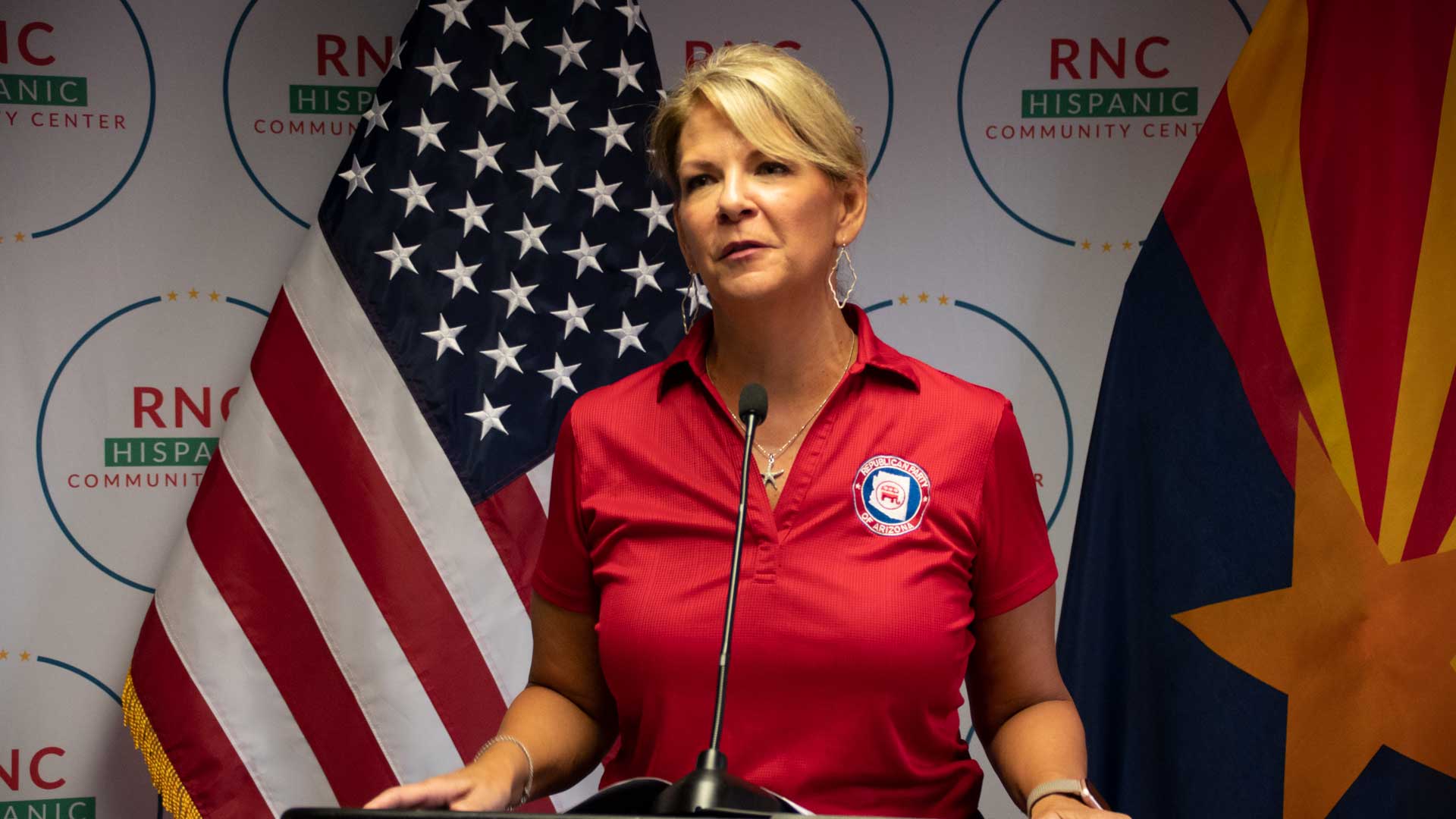 The national and state Republican parties are working to court Latino voters. To help with that effort the Republican National Committee opened what it calls an RNC Hispanic Community Center in Tucson on Friday.

Republican candidate for Senate, Blake Masters was at the event as was Republican Congressional candidate Juan Ciscomani.

"The Democrats have taken the Hispanic vote for granted and they try to pander to us with words and no actions. Also, on the same token, Republicans for too long have thought that the Hispanic vote is a lost vote and they haven't come after it," said Ciscomani.

RNC officials said the center at the corner of River Road and Campbell Avenue is the 36th minority outreach center opened by the national party.

Hobbs declines to meet Lake in live Arizona governor debate Democrat Katie Hobbs says no to Arizona governor debate Arizona GOP candidates appeal ruling against hand counts
By posting comments, you agree to our
AZPM encourages comments, but comments that contain profanity, unrelated information, threats, libel, defamatory statements, obscenities, pornography or that violate the law are not allowed. Comments that promote commercial products or services are not allowed. Comments in violation of this policy will be removed. Continued posting of comments that violate this policy will result in the commenter being banned from the site.