Recounts on tap in Arizona races as county counts end

The contest between Republican Abraham Hamadeh and Democrat Chris Mayes for attorney general is so close that a recount is certain. by Associated Press Tweet 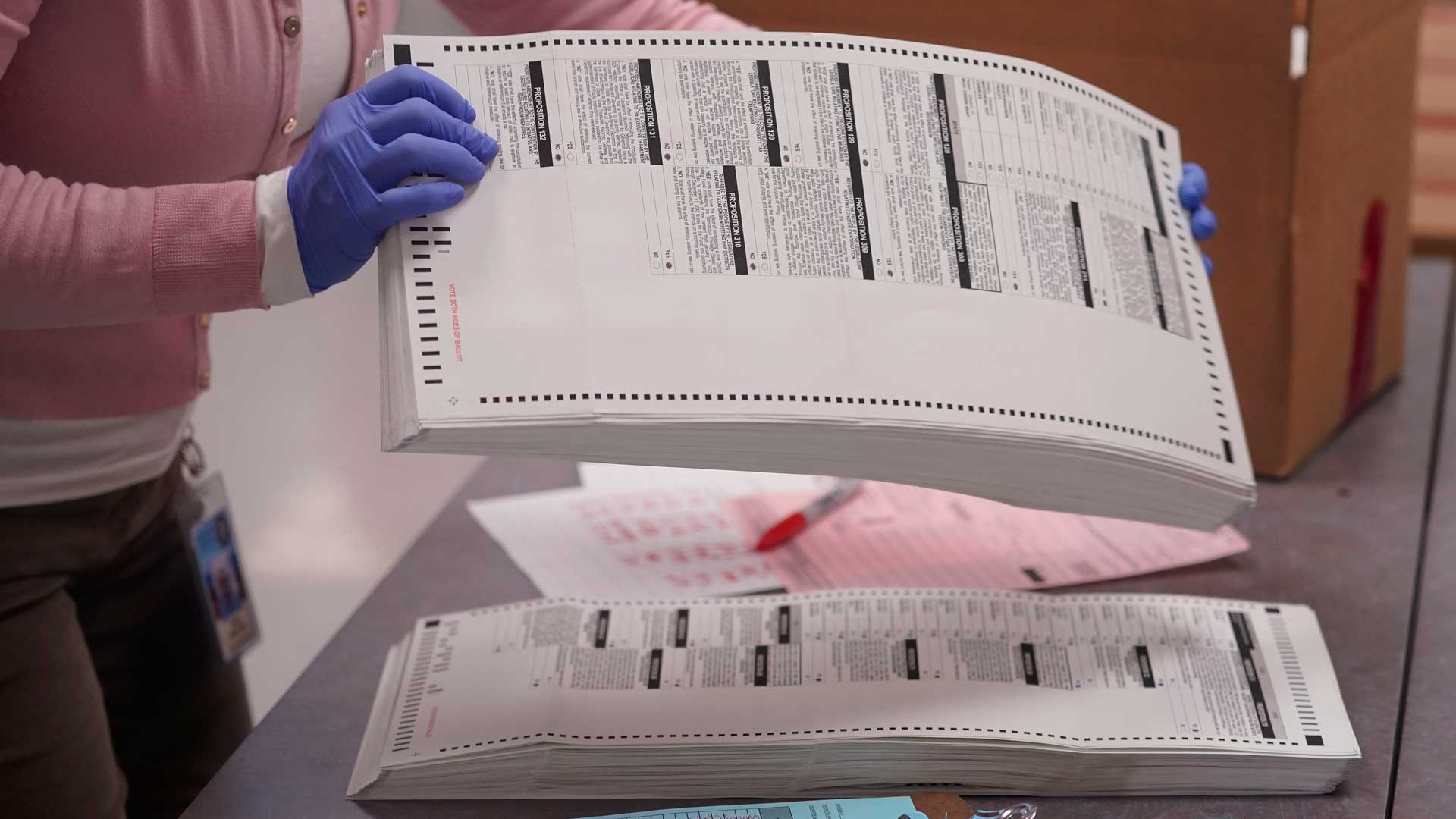 The board overseeing a southeastern Arizona county whose Republican leaders hoped to recount all the Election Day ballots is set to meet Friday to certify the results of last week's election, a move the other 14 counties will follow and that will trigger a recount in at least one statewide race.

Whether the certification goes off without a hitch remains to be seen.

The contest between Republican Abraham Hamadeh and Democrat Chris Mayes for attorney general is so close that a recount is certain. As of midday Friday, Mayes was less than 500 votes ahead. There are fewer votes remaining to be counted statewide than the margin for a mandatory recount, which will be about 12,500 votes in that race.

“It's going to be close and every vote matters,” Mayes said in a brief interview. “And obviously we're headed into a recount, one way or another.”

One other statewide race also is under the margin, but incumbent Superintendent of Public Instruction Kathy Hoffman conceded to Republican Tom Horne on Thursday. Horne is a former schools chief who served two years as attorney general before losing the 2014 primary. He was more than 9,000 votes ahead on Friday.

“Serving as Arizona’s Superintendent of Public Instruction has been among the greatest honors of my life,” Hoffman said in a statement. “I’m proud of the incredible work we did. I remain more inspired than ever by the amazing students, educators, & schools across our state. Our future is bright because of you.”

Horne criticized Hoffman for embracing progressive teaching and promised to shut down any hint of “critical race theory,” which is not taught in state schools but is a hot-button issue for social conservatives.

All 15 county boards are required to certify their election results by Nov. 28, and several have scheduled meetings for the coming week.

The formal election canvass can't be changed by the elected county boards — their only role is to accept the numbers as they are tallied by their elections departments. That is mandatory under state law and if they refuse to do so, either the secretary of state or a candidate would sue.

Whether the Cochise County board certifies the results without fanfare remains to be seen. Republican board members Peggy Judd and Tom Crosby have spent the past month pushing for a hand-count, embracing concerns voiced by former President Donald Trump and his allies that vote-counting machines are prone to hacking or are otherwise untrustworthy.

Judd said Wednesday she planned to move ahead to clear the way for the state recount.

“We’ve had to step back from everything we were trying to do and say, OK, we’ve got to let this play out,” Judd told The Associated Press. “Because it’s the last thing we want to do to get in (Election Director Lisa Marra’s) way."

Crosby and Judd wanted to hand-count all 12,000 Election Day ballots and the approximately 32,000 that were cast early. But in a ruling prompted by a lawsuit filed by a retiree group, a judge said that state law bars expanding the normal 1% hand-count audit of early ballots. He allowed the 2% of Election Day ballots normally tallied to be expanded if it were random, and the board chose to recount nearly all those ballots.

Marra balked, and the elected Republican county attorney sent a letter to attorneys for Crosby and Judd that said they could be charged with a felony if they tried to take the ballots from Marra.

The board members sued Marra on Monday, seeking an order requiring her to either turn over the ballots or do the expanded count herself. At a Tuesday board meeting, Crosby and Judd decided not to vote to pay their lawyer $10,000.

The next day, attorney Bryan Blehm asked that the case be dismissed, citing the expected recounts. In an interview, Judd said she did not want to imperil those recounts and was fine with backing off their push for the hand tally. A judge did so on Thursday.

Arizona recount laws were changed this year. The previous margin for a mandatory recount was 1/10 of 1%. It is now 0.5%.

Mayes was ahead of Hamadeh by more than 10,000 votes at one point, and now sits at just 304 votes ahead.

“Who knows, it could end up being the closest race in a statewide race in Arizona history,” Mayes said.

Pima board certifies election results 2nd Arizona county mulling hand-counts rejects effort Cochise County leaders end hand-count lawsuit, cite recount
By posting comments, you agree to our
AZPM encourages comments, but comments that contain profanity, unrelated information, threats, libel, defamatory statements, obscenities, pornography or that violate the law are not allowed. Comments that promote commercial products or services are not allowed. Comments in violation of this policy will be removed. Continued posting of comments that violate this policy will result in the commenter being banned from the site.