Ducey to Keep Governor's Seat Until 2022 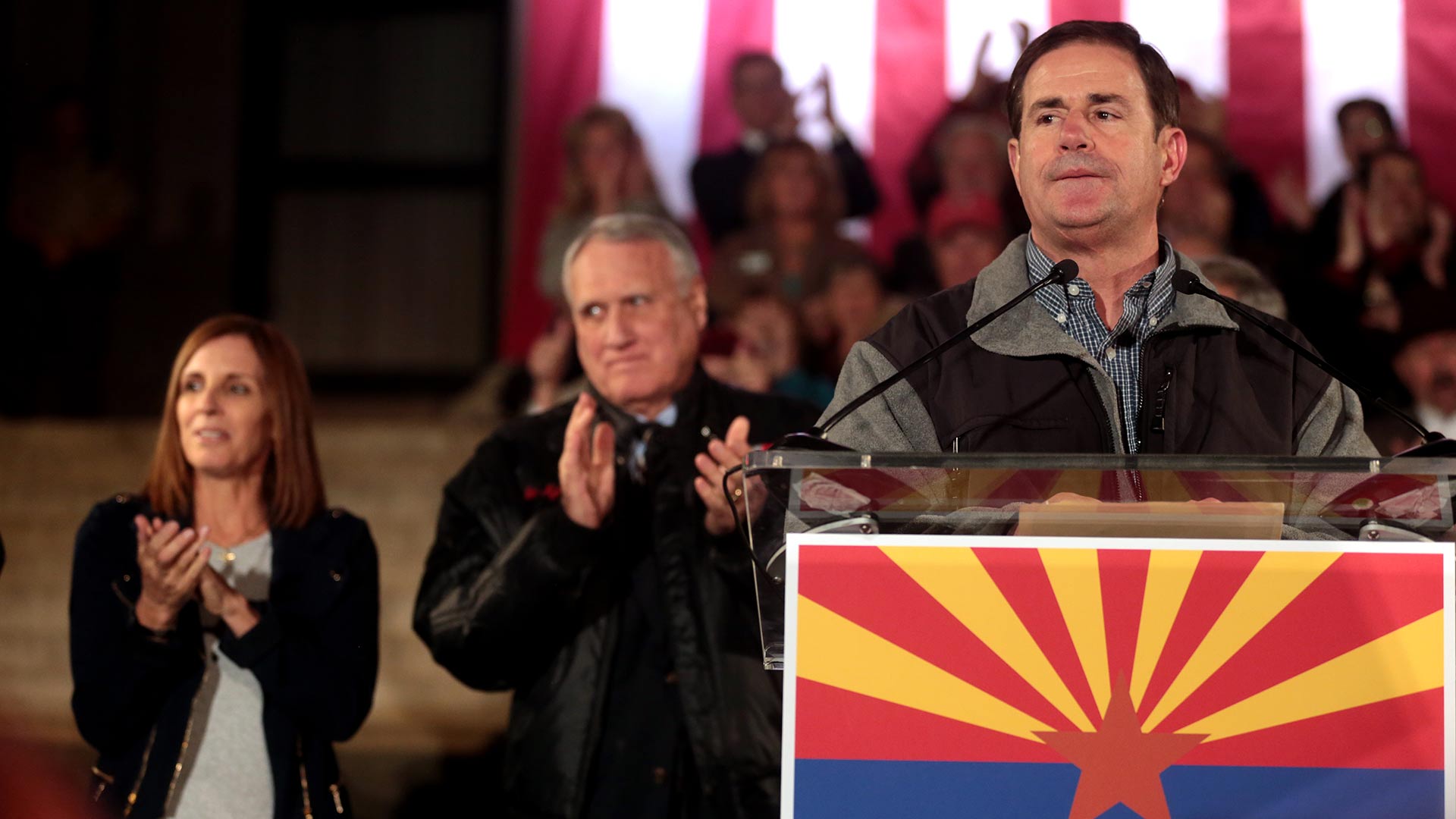 Gov. Doug Ducey speaks at an event on the eve of the election, 2018. Behind him are Martha McSally and Jon Kyl.
Gage Skidmore via Flickr

The race for Arizona governor was clear early in the night. Republican Gov. Doug Ducey will serve another four-year term.

Ducey was pulling ahead in the polls for a few weeks, but for a time, he and Democratic challenger David Garcia were in a closer race. They spent the campaign cycle debating education funding strategies and education's role in the state's economy.

But as election day neared, polls showed Ducey was on his way to a victory, which voters determined early on in the vote count last night. When he claimed victory, Ducey said he wants to do more work on education funding, economic development and public safety. Those issues were central to his first term and his re-election campaign.

Gov Ducey Lays Out Agenda in State of the State Speech U.S. immigration service says it needs $1.2 billion to stay afloat Chinese relations enter Kelly-McSally Senate race
By posting comments, you agree to our
AZPM encourages comments, but comments that contain profanity, unrelated information, threats, libel, defamatory statements, obscenities, pornography or that violate the law are not allowed. Comments that promote commercial products or services are not allowed. Comments in violation of this policy will be removed. Continued posting of comments that violate this policy will result in the commenter being banned from the site.