× CORONAVIRUS: The latest coverage and resources regarding COVID-19 from the Arizona Public Media newsroom.
September 25, 2020

In the debate, each candidate made their case for why he should be reelected to the role of sheriff. by Christopher Conover TWEET SHARE 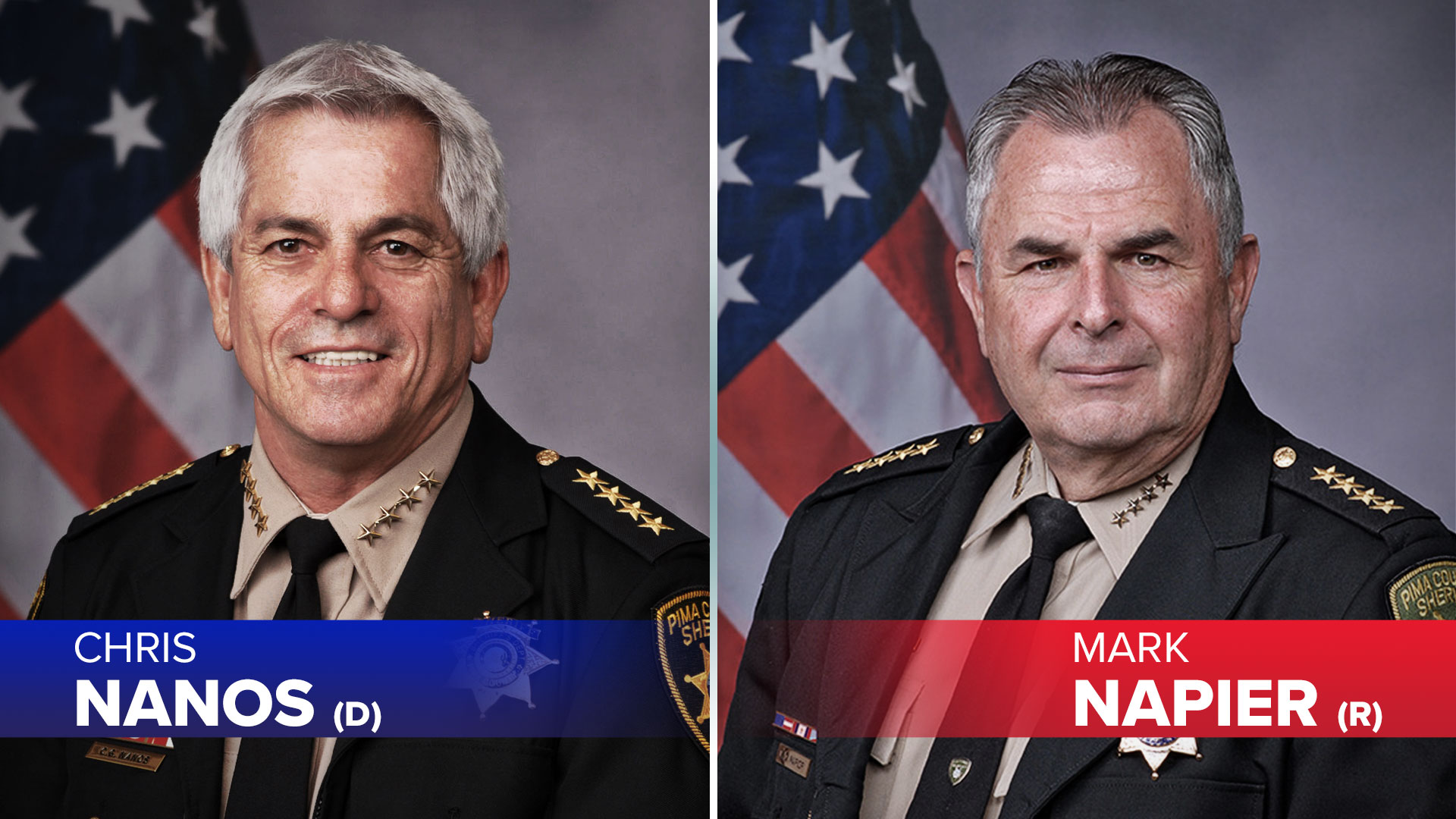 Candidates for Pima County Sheriff in the 2020 general election.

The debate was taped earlier this week in the Arizona Public Media studios, moderated by Arizona 360 host, Lorraine Rivera. Listen to the full debate above, or you can watch the debate on the Arizona 360 page Friday evening.

During the debate, candidates answered questions on topics ranging from the department’s budget to maintaining the southern border to increased scrutiny on law enforcement, including their personal records with the Sheriff's Department. The candidates also had the chance to explain why they are running and touch upon campaign season conflicts with each other.

Napier concedes in Pima sheriff’s race News roundup: Biden and Trump facing off in first debate, voter registration deadline nears A return of Arizona sports: how the pandemic is impacting the industry
By posting comments, you agree to our
AZPM encourages comments, but comments that contain profanity, unrelated information, threats, libel, defamatory statements, obscenities, pornography or that violate the law are not allowed. Comments that promote commercial products or services are not allowed. Comments in violation of this policy will be removed. Continued posting of comments that violate this policy will result in the commenter being banned from the site.