Court rejects claim that Ducey’s pick of McSally was unconstitutional

A 9th Circuit panel found the governor can make "temporary" appointments and that the time between the appointment and the election is not unreasonably long. TWEET SHARE 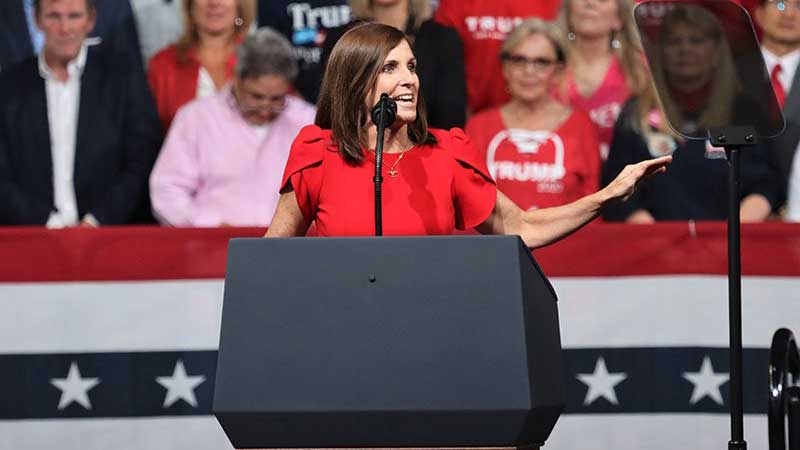 VIEW LARGER Sen. Martha McSally, R-Ariz., at President Donald Trump’s rally in Phoenix in February, faces a difficult election in the fall to fill out the remaining two years of the late Sen. John McCain’s term, who she was appointed to replace in 2018.
Reno Del Toro/Cronkite News

WASHINGTON – Martha McSally can still claim the title Sen. Martha McSally, R-Ariz., after a federal court this week rejected a claim that her 2018 appointment by Gov. Doug Ducey was unconstitutional.

The ruling upheld a lower court’s dismissal of a claim that the time between the appointment of a replacement for the late Sen. John McCain and the election to fill his seat was impermissibly long. That violates the 17th Amendment’s mandate that voters choose senators, the case argued.

But a three-judge panel of the 9th U.S. Circuit Court of Appeals, after an exhaustive review, said the governor is allowed to make “temporary” appointments and that the time from McSally’s appointment to the election is not unreasonably long.

The court also rejected claims that challenged the state law mandating that the governor appoint someone to fill a vacancy in the Senate, and that the appointee be from the same party as the person who held it previously.

Calls seeking comment from McSally and Ducey were not immediately returned Friday.

But an attorney for the five plaintiffs – one Libertarian who hoped to win the appointment, one Republican, one independent and two Democrats – said he was disappointed with the decision. Michael Kielsky said the plaintiffs would need time to review the ruling before announcing their next steps.

“It is a very long published opinion,” Kielsky said. “So until we have really had a chance to dive into the ruling, we have not yet made any decisions on if we are going to do anything else.”

The case stems from McCain’s death on Aug. 25, 2018 – just three days before Arizona’s primary election that year. McCain, who was re-elected in 2016, was diagnosed in July 2017 with an aggressive form of brain cancer whose victims typically live just 14 months from the time of diagnosis.

Ducey signed the bill into law in May 2018 – within the 150-day window that would trigger the new law on McCain’s death.

When McCain died, McSally was the Republican nominee for the state’s other Senate seat, which was up for election that year, so Ducey tapped former Republican Sen. Jon Kyl. Not long after McSally lost her Senate bid to Sen. Kyrsten Sinema, D-Ariz., Kyl announced his intention to step down at the end of the year and Ducey tapped McSally to fill the seat. 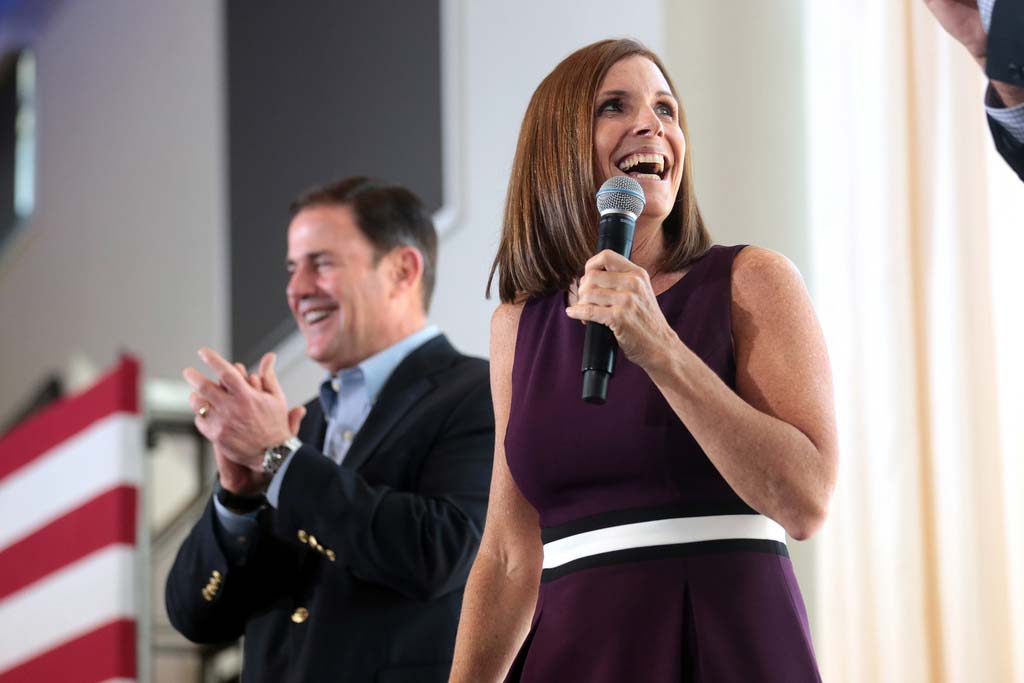 McSally was sworn in on Jan. 3, 2019, to serve until this November, when she will stand for election to fill out the remaining two years in McCain’s term.

The lawsuit was filed while Kyl still held the seat. It asked the court to order an election to fill McCain’s seat “as soon a practicable, and not longer than one year from the date the vacancy arose.”

But a federal district judge dismissed the suit last June, claiming the time between McCain’s death and the election of his replacement did not violate the 17th Amendment.

The judge also said the plaintiffs did not have standing to challenge the state law. Not only could they not show they had been harmed by the appointment, but they could not rebut Ducey’s statement that he “would have appointed Sen. McSally regardless of the requirement that he name an interim senator and regardless of the requirement that the appointee share Sen. McCain’s political party.”

The appeals court said it was wading into new ground, noting that the 17th Amendment “has seldom been litigated, and no body of doctrine provides us with robust guidance as to its proper interpretation.”

After extensive review that ranged from the Founders to a suit over the 2008 replacement for Illinois Sen. Barack Obama after he was elected president, the court determined that there is no “precise amount of time” that limits how long an appointee can serve.

“We do not find that related constitutional provisions place any precise temporal limitations upon vacancy elections or appointments under the Seventeenth Amendment,” said the ruling by Circuit Judge Milan D. Smith Jr.

The ruling relied heavily on a case that followed the 1968 assassination of New York Sen. Robert Kennedy, just 60 days before the state’s primary that year. Kennedy’s replacement served 29 months before an election – and courts upheld that appointment.

Given the fact that the time between McCain’s death and this November’s election is five months shorter than the New York case, Ducey’s appointment of a replacement is “a permissible exercise of the state’s discretion under the Seventeenth Amendment,” Smith wrote.

“Likewise, then, neither Governor Ducey’s writ of election nor Senator McSally’s appointment is a violation thereof,” he wrote.

Voter intimidation effort reported in Yavapai County Florida sending cops to Arizona border Governors of Arizona and Sonora meet officially for final time
By posting comments, you agree to our
AZPM encourages comments, but comments that contain profanity, unrelated information, threats, libel, defamatory statements, obscenities, pornography or that violate the law are not allowed. Comments that promote commercial products or services are not allowed. Comments in violation of this policy will be removed. Continued posting of comments that violate this policy will result in the commenter being banned from the site.