The Democrat was leading her Republican opponent by more than 20 points Tuesday night. by Emma Gibson Tweet 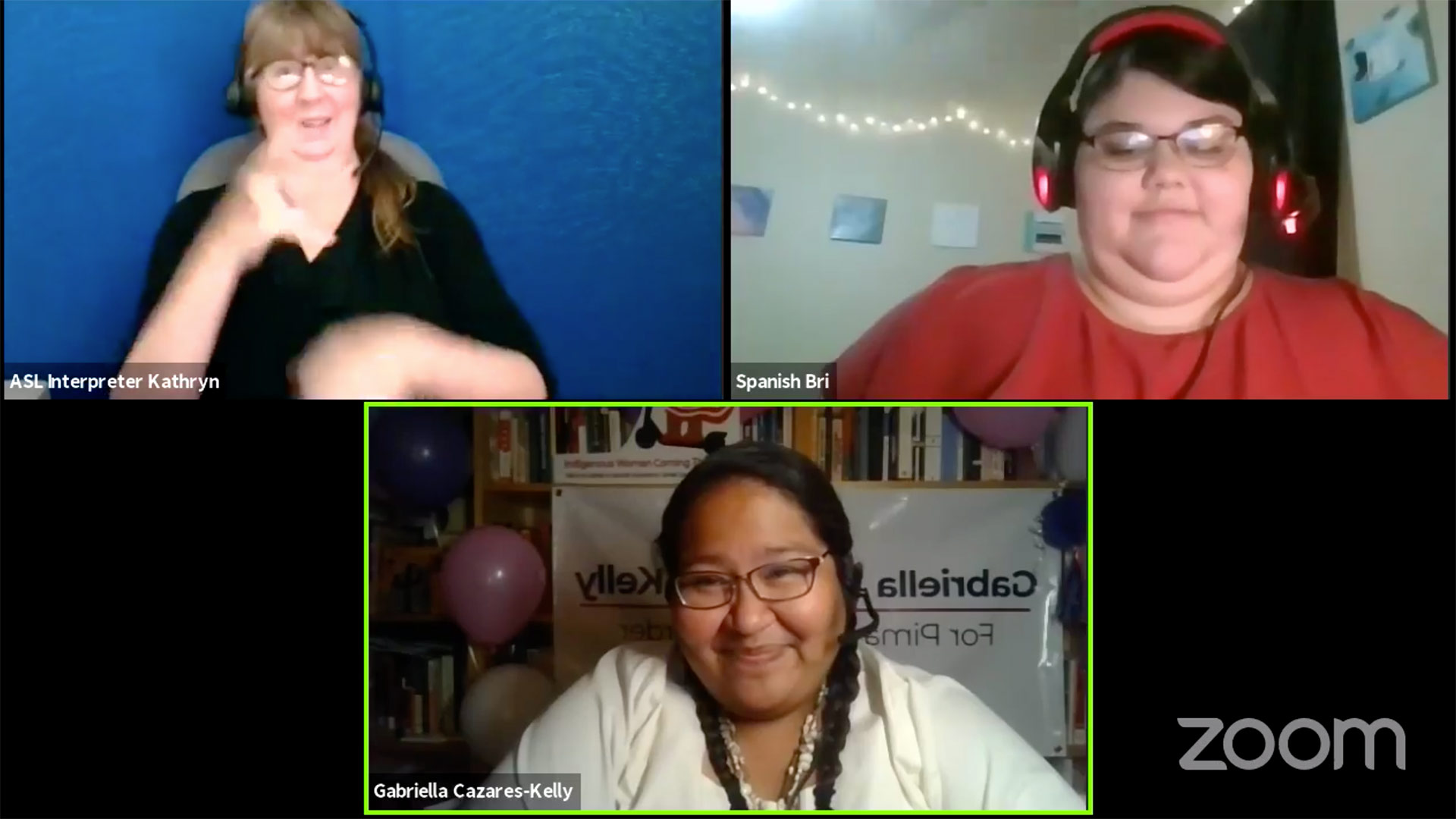 Gabriella Cázares-Kelly thanking people who voted for her Nov. 3, 2020 general election via a Facebook Live video.

Cázares-Kelly, who is a member of the Tohono O'odham Nation, declared victory in a Facebook Live video and said she views this position has a way to incorporate voices of people mainstream society marginalizes.

Tucson Mayor Regina Romero expressed her congratulations over Twitter, referring to Cázares-Kelly as the first Indigenous person in Pima County to be elected to a countywide office.

The winner will replace retiring Pima County Recorder F. Ann Rodriguez, who has held the position for almost 30 years.

The role of the recorder's office is to promote and conduct voter registration, early voting and voting by mail. It also records public records, like land transactions.

Tribal nations: changes coming with the American Rescue Plan and a new federal administration Journalists roundtable: 2020 election in Pima County Booster shots now being offered in Pima County to 12-15 year-olds
By posting comments, you agree to our
AZPM encourages comments, but comments that contain profanity, unrelated information, threats, libel, defamatory statements, obscenities, pornography or that violate the law are not allowed. Comments that promote commercial products or services are not allowed. Comments in violation of this policy will be removed. Continued posting of comments that violate this policy will result in the commenter being banned from the site.