Arizona is one of the few states without a lieutenant governor. Prop. 131 would change that

The proposal has bipartisan support. by Ignacio Ventura, KJZZ Tweet 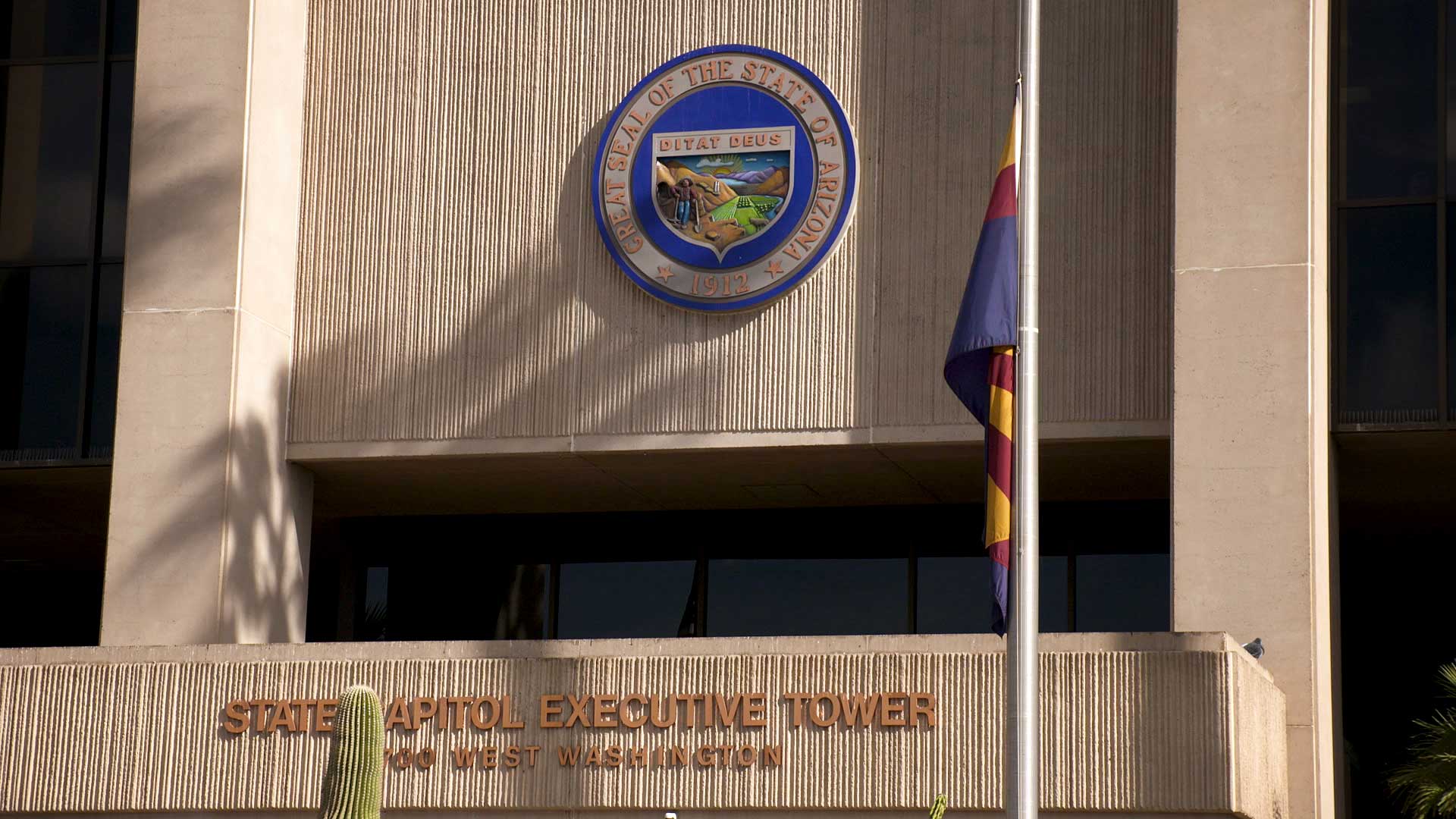 Arizona has a long history of governors not finishing their terms. When that happens, the secretary of state takes their place — and that can dramatically shift political power in the state. But a measure on the November ballot would bring a more mainstream line of succession by creating a lieutenant governor.

Forty-five states across the country have a lieutenant governor. Arizona does not.

The top election official, the secretary of state, is next in the line of succession. But they may not be from the same party as the governor. And that can create seismic shifts in the state’s political dynamics.

Five of the state's last nine governors were initially elevated to the office through the line of succession, not an election. And in two of those cases, the power shifted from one party to another.

Proposition 131 would create a lieutenant governor. Much like a vice president, they’d be part of a two-person ticket, providing a more seamless political transition when needed. Republican state Sen. J.D. Mesnard is one of the sponsors of the measure.

“Arizona has a propensity of governors to leave office in the middle of their term and that triggers a line of succession," Mesnard said. "For instance, if you look prior to the current governor, it had been decades since we had a governor that had served eight years in office.”

The most recent example was in 2009 when Republican Jan Brewer took over after Democrat Janet Napolitano left to become secretary of Homeland Security in the Obama administration. Coincidentally, Brewer had previously supported a 1994 proposal that would have created the lieutenant governor position. A similar ballot initiative failed in 2010.

Democratic state Sen. Sean Bowie is the other sponsor of Proposition 131, but he voted against the 2010 proposal.

“I personally voted no, on the effort in 2010," Bowie said. "The one in 2010 just renamed the secretary of state's office, lieutenant governor's office, and I don't think that's the right way to do this. I think they need to be separate offices. A secretary of state has a lot of really important powers in the state Constitution, relating to elections.”

Despite bipartisan sponsorship, Proposition 131 has its opponents. Among them is Republican state Sen. Michelle Ugenti-Rita.

“It's unnecessary because we have a functioning system," Ugenti-Rita said. "And again, adding another layer of government is not going to solve our inflation problem, our quality-of-life issues. It's not going to make government smaller, which is, you know, a tenet of conservatism. This is really just designed to make it easier for insiders to maintain control by getting a twofer.”

In response to those types of criticisms, alleging that the proposition would expand government, Mesnard says the lieutenant governor would occupy an already-existing position.

“In order to mitigate the concern that this was just creating another bureaucrat, expanding government, etc., we actually give the lieutenant governor a job that already exists in government today," he said. "So they would either become the governor's chief of staff, which of course, the governor already has, or they'd become director of the Department of Administration, which again, we already have, or some other appointment the governor already has to make."

Ugenti-Rita says an alteration to the current system would impact Arizona voters.

“The regular voter does not want this, and it's going to limit their choice," she said. "Why is representation from two different parties bad?”

Proposition 131 is supported by the League of Women Voters of Arizona. President Pinny Sheoran says the creation of a lieutenant governor position would help protect the important work of the Secretary of State’s Office.

“We believe so strongly about voting rights that the Secretary of State’s Office must be shielded from becoming a politically charged office in that there’s services to all voters, regardless of the party they belong to,” Sheoran said.

If Proposition 131 passes, Arizona voters would have the opportunity to select a lieutenant governor as part of a two-person ticket starting in 2026.

Prop 209 Medical Debt Ballot measure asks Arizonans if veterans, widows and widowers should get property tax exemption Prop. 308 - Tuition for DREAMERS
By posting comments, you agree to our
AZPM encourages comments, but comments that contain profanity, unrelated information, threats, libel, defamatory statements, obscenities, pornography or that violate the law are not allowed. Comments that promote commercial products or services are not allowed. Comments in violation of this policy will be removed. Continued posting of comments that violate this policy will result in the commenter being banned from the site.