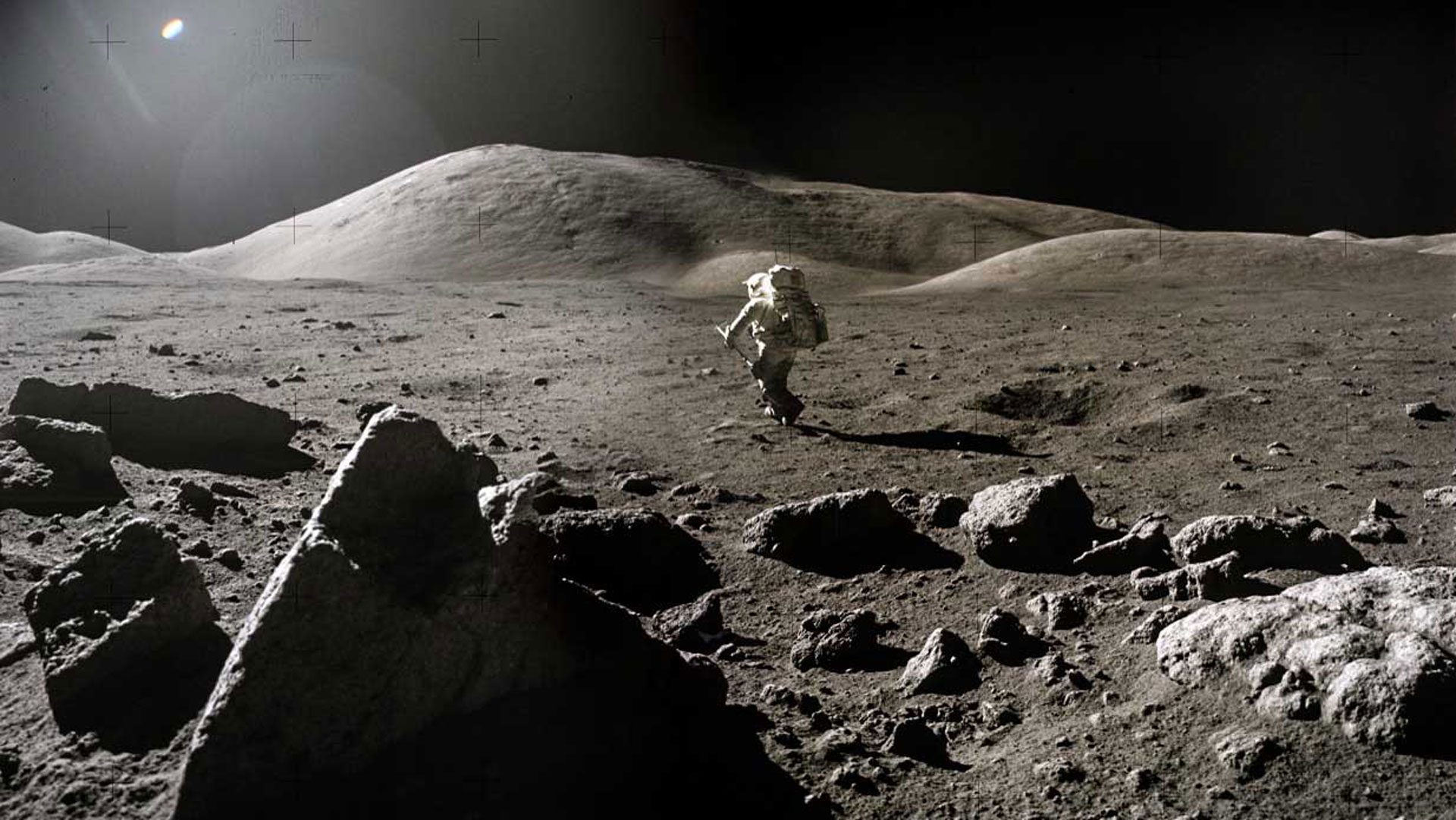 Astronauts from the Apollo 17 mission to the moon returned to Earth 50 years ago today. Critics complain manned space exploration has stalled since then. But scientists, including some from the University of Arizona, say the lunar samples gathered five decades ago are still keeping them busy today.

As spectacular as the moon missions were, by the end of the Apollo program the country had tired of manned space exploration and the expense it incurred. It was noted in December of 1972 that the newly-proposed space shuttle to low earth orbit did not inspire the same brand of excitement.

Commentator David Brinkley delivered an assessment shortly after Apollo 17 returned to Earth about the public attitude regarding trips to the moon:

"(The) American people might wonder if all these billions and all the science and engineering and work might not produce something more useful," he said. "If this country really needs another expensive piece of hardware in orbit when here on the ground we can hardly get the mail delivered."

Apollo 17 marked the final manned flight to the moon in the 20th century. The science produced from that mission, and the two that preceded it, were dedicated to scientific exploration, and gave researchers enough knowledge and material to last 50 years.

In 2019, a University of Arizona team led by lunar scientist Jessica Barnes won a bid to examine previously unopened samples of rocks and soil from Apollo 17. Those samples were studied alongside another sample from the mission that was locked in a frozen container.

"The neat thing about our study and studying the frozen sample is that we also requested in our proposal to study three other basalt samples that were collected at the same Apollo 17 site," Barnes explained. "By comparing the frozen sample with the conventionally stored non-frozen samples, we're able to determine the effects of curating samples at different temperatures."

Barnes added there is still more to learn from everything collected during the Apollo era.

"In 2008 was the first study that unequivocally proved that we could detect water in moon rocks," she said. "And so, we're learning so much even today about samples collected decades ago."

Finding water on the moon is the basis of the next lunar quest. It could be the key to fueling spacecraft for future interplanetary missions. But over five decades, the thought of astronauts walking on the moon's surface has receded into a distant dream.

Apollo 17's Gene Cernan was the last astronaut to leave footprints on the lunar surface and did not think highly of private companies taking NASA's role in putting people in space. However, during a visit to Tucson in 2012 he revealed a change of heart, once Space X proved it was ready to revive hopes of exploring the universe.

"It inspires young people to dream and do things that they didn't think they were capable of doing and it doesn't make any difference who's doing it," said Cernan.

NASA's recently completed Artemis 1 signaled the start of many new trips to the moon by unmanned orbiters, landers and rovers scheduled for the next few years. Whenever astronauts return to the lunar surface, maybe as soon as 2024, it may inspire the same debate about risk versus reward, and science versus spectacle, that was generated when the Apollo era ended in 1972.

New Apollo era film looks back on moon mission photoraphy Flandrau Celebrates the 50th Anniversary of Apollo 11 NOVA: Apollo's Daring Mission
By posting comments, you agree to our
AZPM encourages comments, but comments that contain profanity, unrelated information, threats, libel, defamatory statements, obscenities, pornography or that violate the law are not allowed. Comments that promote commercial products or services are not allowed. Comments in violation of this policy will be removed. Continued posting of comments that violate this policy will result in the commenter being banned from the site.