× CITY COUNCIL CANDIDATE GUIDE: See where Tucson City council candidates stand on issues facing the community and how to solve them.
January 28, 2021

To better understand the stigma behind vaccines in the community, the tribe launched a survey and asked for questions. by Emma Gibson Tweet 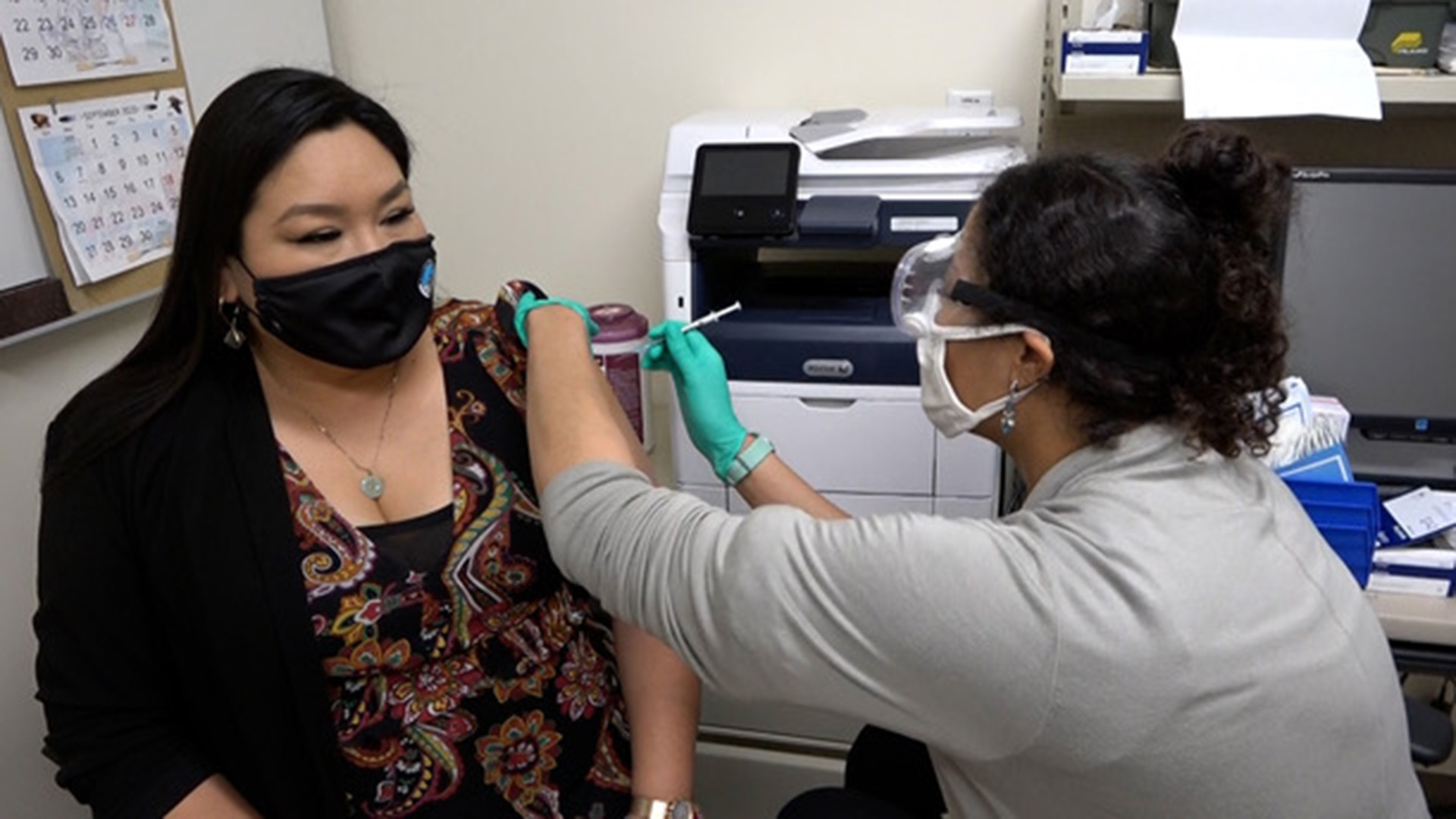 Officials familiar with the COVID-19 vaccine rollout for the Cocopah Indian Tribe in Yuma County say it has gone smoothly and the local health facility has been able use all of the vaccine doses allotted to them, but there are questions if the general public will want to be vaccinated.

"We weren't sure who was going to get the vaccine to the tribe first," said Mike Fila, the emergency preparedness manager for the Cocopah Indian Tribe.

When in doubt, Fila prepared for both possibilities. IHS got the vaccine first, and he said he doesn't regret the choice to go with the IHS facility — Fort Yuma Health Care Center — which provides health care to the Cocopah and Quechan Indian tribes.

The Phoenix IHS area covers the Cocopah reservation, but it also covers most of Arizona, Utah and Nevada. According to the IHS website, 21,779 positive COVID-19 cases have been reported from IHS, tribal and urban Indian organization facilities in this area, as of Saturday. The infection rate for American Indians and Alaska Natives is more than 3.5 times higher than it is for non-Hispanic whites, and Native Americans are over four times more likely to be hospitalized, according to an IHS COVID-19 vaccine plan from November 2020.

Cocopah Vice-Chairwoman Rosa J. Long said it's personal, especially after the death of her predecessor Vice-Chairman Johnson Deal Begay Jr. who, according to Indian Country Today, died from COVID-19 in June 2020.

"We've just lost so many within our community, and just in the surrounding communities here, we have known so many who have gone due to this deadly virus," Long said.

As of Thursday, 691 people have died due to COVID-19 complications in Yuma County.

In December, Cocopah leaders wanted to know if tribal members would be interested in the vaccine when it became available so they distributed a survey.

Josefina Mercado Chavez heads the survey effort through the Tribal Maintenance Health Program. She said she and her Cocopah colleagues talked about if the vaccine would be accepted.

"They have expressed to me a few times that there is a big stigma about the vaccine and about different medications that have been tested at the tribe," Mercado Chavez said.

Mercado Chavez said they disseminated about 400 surveys online and in-person with a list of 10 questions.

"One of those questions is of course, 'Would you be interested to get the vaccine?' The second question is, 'If you are not interested, would you be willing to at least talk about it.' Those two [are the] biggest questions are the ones that we are looking for," Mercado Chavez said.

They're analyzing the results now and getting ready to present their findings to the tribal council in early February. But she does have some preliminary results — about 50% of respondents said they are willing to take the vaccine, the other half have questions.

"They're not saying that they're not going to take the vaccine. They're just saying, 'We would like to ask you some questions,'" she said.

Mercado Chavez said they plan to answer any questions left on the survey from respondents through via social media.

Elizabeth Twist is one of the community health representatives who knocked on doors with the survey and talked to people about the vaccine. She's also a tribal member.

"A lot of the tribal members were mostly concerned about when it was going to be made available to them," Twist said.

Twist had COVID-19 in December and recently received her first vaccine dose, lots of people wanted to know about her experience.

"I did have a slight headache and just soreness at injection, and just a slight fever for maybe a few hours the second day," she said.

Vice-Chairwoman Long and Mercado Chavez have already received both their vaccine doses. Long said she didn't have any side effects.

"I feel very good about it. I do not regret taking the vaccine at all," Mercado Chavez said. "I did not do the vaccine just for myself. I did it for my family."

The spokesperson for the tribe, Jonathan Athens, said Fila, the tribe's emergency manager, told him 104 people had been vaccinated as of Jan. 20 and 70 had appointments for Jan. 21. He emphasized that the group consisted of Cocopah members, and a mix of tribal and non-tribal employees vaccinated from phases 1A and 1B — which the health center is mirroring after Arizona's phases.

According to the Cocopah Emergency Management Facebook page, Fort Yuma Health Care Center is vaccinating people over 65 in Phase 1C, as of Wednesday.

Supply, communication stymie Rillito Park vaccination plan 300 youth vaccinated in San Luis Rio Colorado through binational campaign Health official: Arizona poised to give COVID shots to kids
By posting comments, you agree to our
AZPM encourages comments, but comments that contain profanity, unrelated information, threats, libel, defamatory statements, obscenities, pornography or that violate the law are not allowed. Comments that promote commercial products or services are not allowed. Comments in violation of this policy will be removed. Continued posting of comments that violate this policy will result in the commenter being banned from the site.