As it recruits, Tucson Police look to diversify its force

A recent event showcases effort to double the number of female officers by 2030. by Samantha Larned Tweet 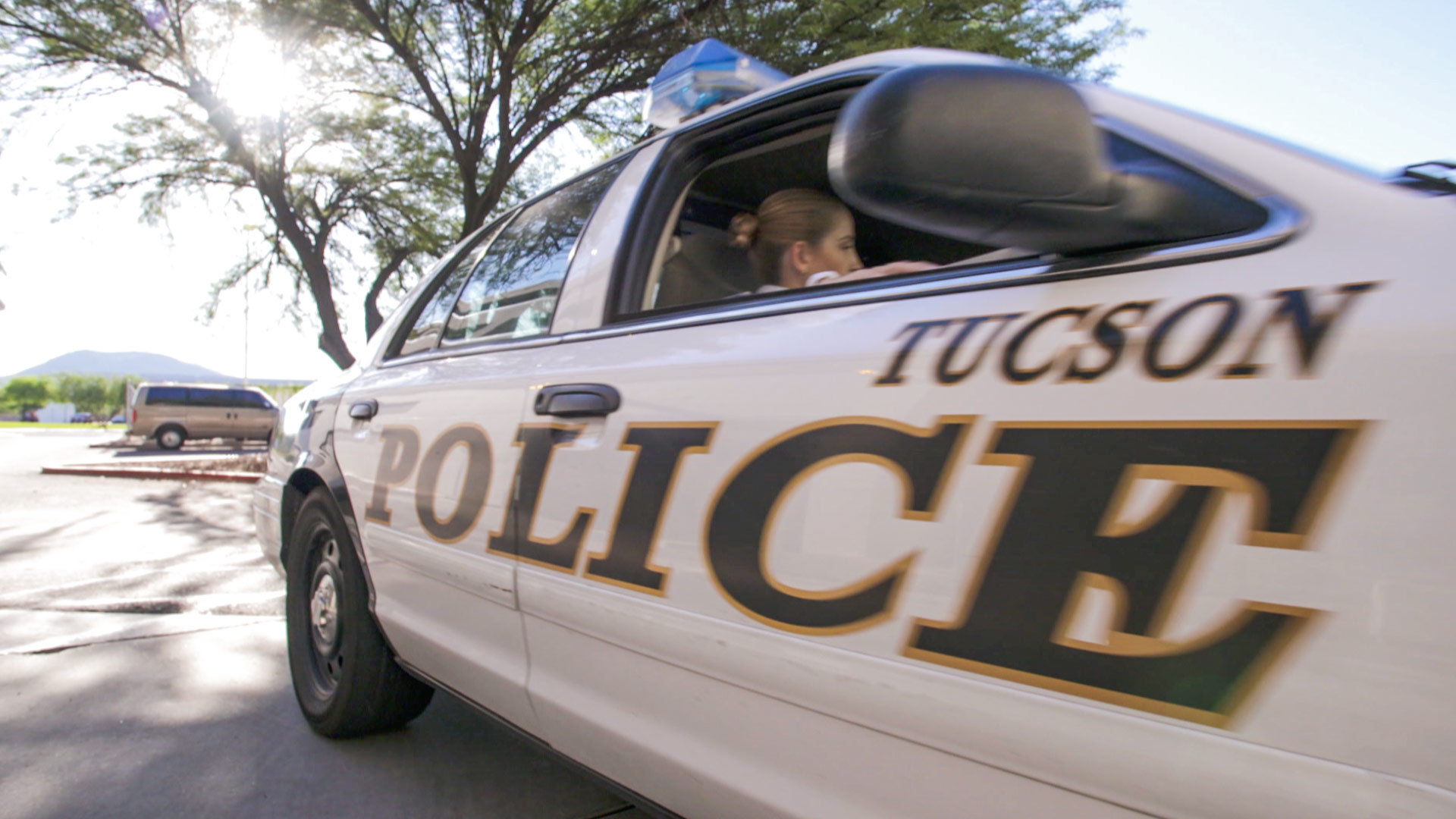 The Tucson Police Department is having a problem that many law enforcement agencies are dealing with right now, it is short on staff.

As it looks to fill those positions, it hopes to diversify its force. That effort is seen in a recent recruiting event aimed at women who are considering a career in law enforcement.

While at that event, recruiting Officer Melissa Ayun told the story of a fellow TPD officer who decided to join the force after attending a workshop like this one.

"She’s like ‘oh my gosh, I’m a single mom and I related to everything that you said’ and she’s like ‘I really think I can do this.’”

When Ayun first joined the force she never thought that she would get hired. She had been working as a waitress when her children’s father lost his job. She was looking for a career with greater security.

“A lot of women don’t even consider this career field, because they just don’t see themselves doing it- myself included!" she said. "I came into this career field for the benefits, because I had children that I wanted to provide for, I wanted a retirement, I wanted stability. Those were the things that mattered to me and that’s what brought me here.”

Among the attendees of the workshop was Lupita Kratzer, a senior at Walden Grove High School in Sahuarita. She heard about the event from Officer Ayun who spoke to her class about opportunities and benefits at TPD.

Kratzer was excited for the event and was glad she came.

“I’m interested in possibly becoming a police officer or even going into maybe crime scene," Kratzer said. "I did like the idea of women supporting women, because it is a male dominated career."

As of October, Tucson Police has nearly 850 sworn officers, and according to Assistant Chief Monica Prieto, women make up 15% of that number.

Ayun said: "An organization has challenged police agencies to increase the number of females within their organizations in all ranks. Basically giving women the opportunity to have a seat at the table."

Another speaker at the workshop was Sarah Fisher, a crime scene specialist who has been with TPD’s crime scene unit for just over a year.

Fisher explained that crime scene investigation is a new field, which is still developing.

“It is also male dominated," Fisher said about crime scene investigation. "TPD has in the past couple years had a lot more females. So I think right now, we’re about fifty-fifty male and females, which is cool."

When Fisher was in the academy, all four of the individuals in her program were women. She said that she has enjoyed watching crime scene investigation develop and the ability to "see how we're able to change it."

Fisher recommends getting as much experience as possible to stand apart, such as forensic classes, internships and ride-alongs.

Also in attendance at the recruiting event is 36-year-old Cameron Froebe, a mother of three and an esthetician who has owned her own business for the past seven years.

“Well my dad was a police officer, so it’s always kind of been in the back of my mind," she said. "I’ve had kids, did all the things backwards and all the sudden it came to a point in the last year where it was like ‘you know what, I think it’s time to do something more with my life.’”

Froebe is aware of the controversy and negative public perception associated with the job, but sees it as a motivator to do better.

“To be honest with you, that’s kind of why I want to do it. Because I think that there’s a reason for the job," Froebe said. "And I think that there are some bad apples out there but I feel there’s enough people that can prove that wrong. So there’s a little even more of a push because of that negative vibe that there is with the police department now. So it kind of drove me even more to be like ‘I’m gonna do it.’”

As for the department itself, Ayun shed some light on its goals and the reason they hold events like this one.

Ayun said that everyone has something to offer due to their varying life experiences and the way that they relate to the community.

“We would like for the Tucson Police Department to mimic our community, and our community is extremely diverse. And whether it’s culturally, whether it’s your belief system, regardless of what it is- we want a diverse department because we deal with a wide range of issues in this career field. And in dealing with people, everyone has something to contribute.”

The Buzz: Law enforcement recruiting and shortages in Southern Arizona TPD official up for Seattle Police Chief Federal judge blocks Arizona law limiting filming of police
By posting comments, you agree to our
AZPM encourages comments, but comments that contain profanity, unrelated information, threats, libel, defamatory statements, obscenities, pornography or that violate the law are not allowed. Comments that promote commercial products or services are not allowed. Comments in violation of this policy will be removed. Continued posting of comments that violate this policy will result in the commenter being banned from the site.