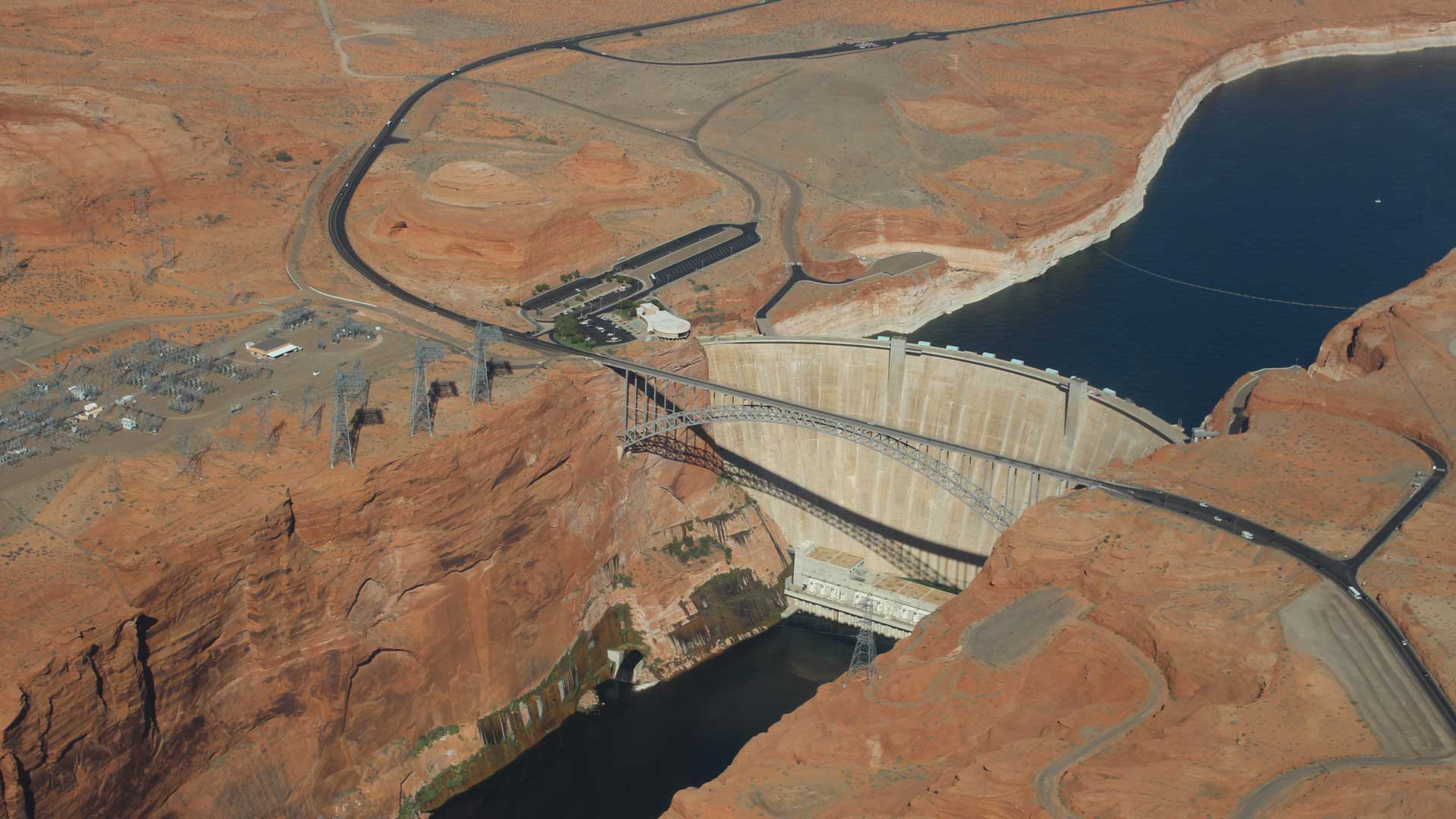 Glen Canyon Dam holds back Lake Powell, the nation's second-largest reservoir on the Colorado River. The lake is currently at 28% of its capacity.
Luke Runyon/KUNC/LightHawk

Tucson water authorities briefed community members on Tuesday about the city’s drinking water sources and plans for the future.

In a town hall that drew dozens of community members, city and water managers discussed Water One, a strategic plan laid out in 2019. The meeting had been planned for this month, but ended up coming hours after the Bureau of Reclamation announced new cutbacks in Colorado River supplies. Arizona is slated to take a 21% reduction in its river supply.

The cuts are part of the Drought Contingency Plan outlined by states in 2019 and are triggered by critically low water levels in the Colorado River's two reservoirs, Lake Mead and Lake Powell.

John Kmiec with Tucson Water said in addition to Colorado River water, the city shores up needs with groundwater, stormwater and recycled water.

"From a Tucson perspective, we are supporting our agencies that are in those negotiations whether it’s the department of water resources or Central Arizona Project to make sure there’s an equitable disbursement of those water supplies from Colorado moving forward," he said.

He said the city expects to see a 4,000-6,000 acre foot reduction in water because of the cuts. On Tuesday, Arizona and other states within the Lower Basin missed a deadline to come up with a way to preserve 2 million-4 million acre feet of water next year. Kmiec said more cuts could be on the horizon as states continue to negotiate.

But he said the city has already prepared for this moment by ramping up conservation efforts, restoring aquifers and diversifying its drinking water sources.

"We think Tucson will still have a fair amount of Colorado River water coming to this community and the way our community uses water, they’re using less year after year, so we see those water supplies just extending out further and further," he said.

But PFAS, a group of chemicals found in firefighting foam used for years at the air base, have been detected in some of Tucson’s groundwater. The chemicals are associated with cancer and other health issues. City and water officials are working to decontaminate the supply. Kmiec said none of the contaminated wells are being used to supply water.

Colorado River states fail to meet federal deadline on restricting water use The Southwest is running out of fresh water. Could the ocean provide a cure? Tribes in the Colorado River basin say they're 'in the dark' as states discuss water conservation
By posting comments, you agree to our
AZPM encourages comments, but comments that contain profanity, unrelated information, threats, libel, defamatory statements, obscenities, pornography or that violate the law are not allowed. Comments that promote commercial products or services are not allowed. Comments in violation of this policy will be removed. Continued posting of comments that violate this policy will result in the commenter being banned from the site.