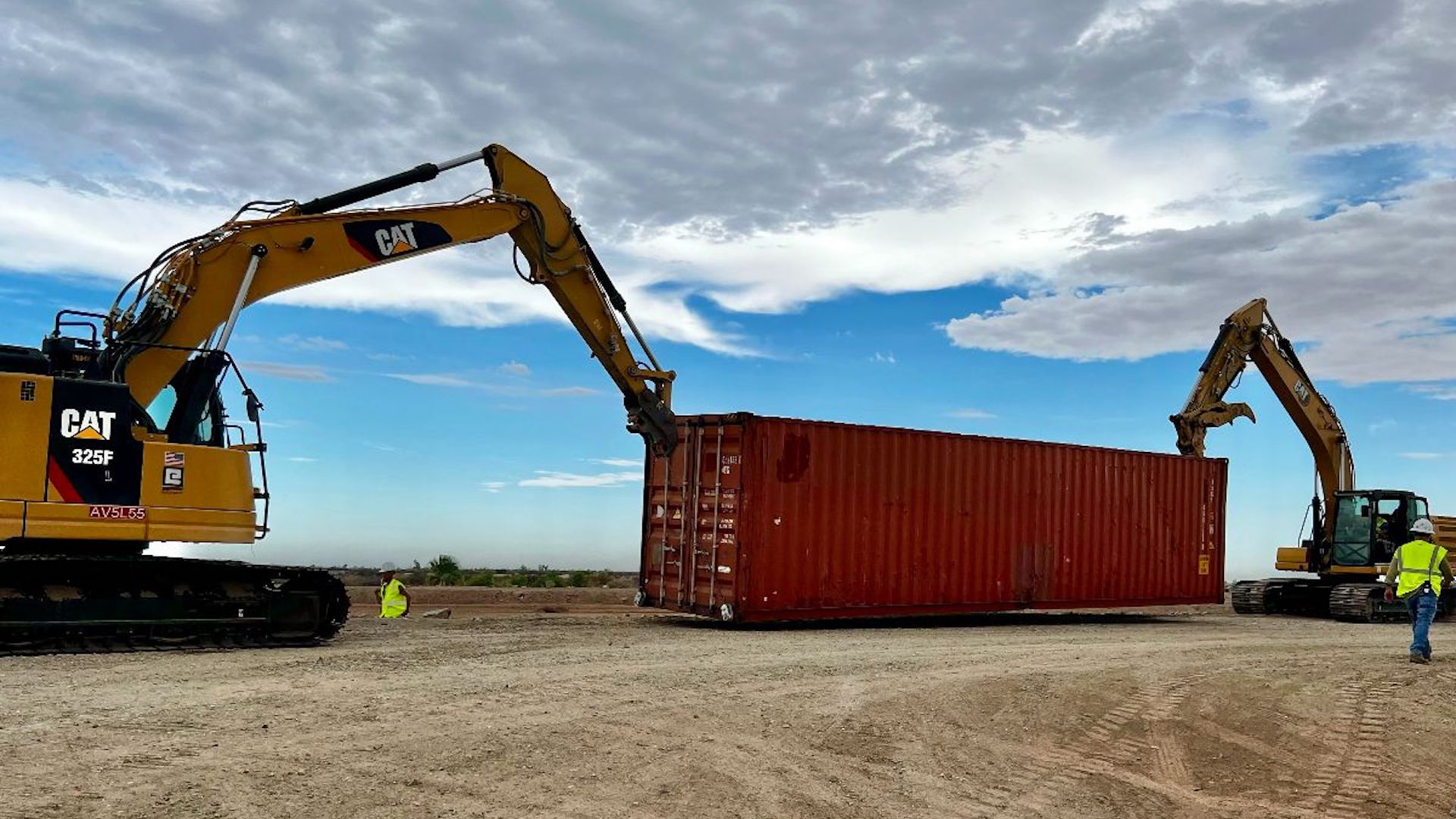 Gov. Doug Ducey's office said Friday, August 12, 2022 that he directed crews to use shipping containers to close a gap in the U.S.-Mexico border.
Office of the Governor

Arizona officials say they will use shipping containers to close a 1,000-foot gap in the border wall near Yuma.

Officials with Republican Gov. Doug Ducey's office say were acting to stop migrants after repeated, unfulfilled promises from the Biden administration to close the gap.

The announcement came after the Biden administration said late last month it authorized completion of the wall on the border near Yuma.

Federal officials did not immediately comment. The move comes without explicit permission on federal land.

Two other 1,000-foot gaps also will be closed off. The containers will be topped with 4 feet of razor wire.

Magnus resigns amid wave of migrants Día de los Muertos: Ancient Tradition in a Modern Era Missing Migrant Program Summit brings awareness to risk of migrant deaths
By posting comments, you agree to our
AZPM encourages comments, but comments that contain profanity, unrelated information, threats, libel, defamatory statements, obscenities, pornography or that violate the law are not allowed. Comments that promote commercial products or services are not allowed. Comments in violation of this policy will be removed. Continued posting of comments that violate this policy will result in the commenter being banned from the site.