‘Would he be forgotten?’ How a niece’s crusade and military scientists led to ID of Korean War vet

A Cochise County veteran of the Korean War is laid to rest 70 years after he was killed in action. by Rithwik Kalale and Mikenzie Hammel, Cronkite News Tweet 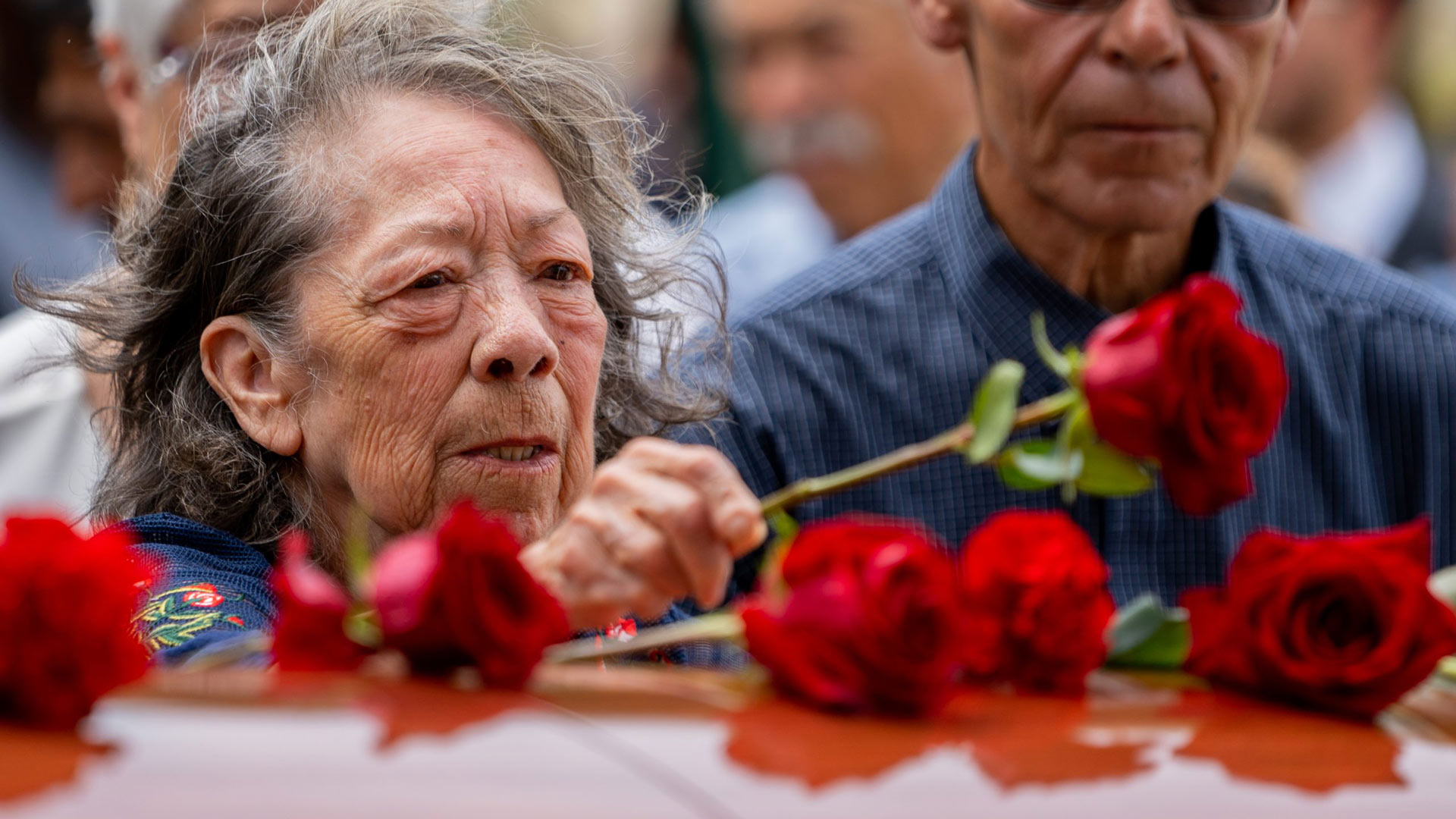 Connie Cintron places a red rose on the casket of her brother, Pvt. Felix Yanez, at South Lawn Cemetery in Tucson on Sept. 3, 2022.
Samantha Chow,Cronkite News

It was a bittersweet afternoon at South Lawn Cemetery as family, friends and members of the armed forces gathered to say goodbye, finally, to a Korean War veteran whose remains went unidentified for over 70 years.

Felix Yanez was a Douglas native and avid musician before joining the Army. He was assigned to the 19th Infantry Regiment, 24th Infantry Division, and deployed to South Korea on July 4, 1950 – shortly after North Korea invaded.

Less than two weeks later, according to the Army, Pvt. Yanez was reported killed in action by an enemy mortar blast. He was just 19.

In March 1951, some remains – now known to be his – were recovered south of Tuman-ni, South Korea. They were designated with a number, X-789, and buried in the United Nations Memorial Cemetery in Tanggok, South Korea.

What followed was a yearslong crusade by Yanez’s niece, who was born years after he died, and military scientists to identify the soldier and bring him home.

“I kind of felt that if I wasn’t doing this, would he be forgotten? You know, people would remember him, but would they remember him?” said Tammi Shreeve, 49, of Ogden, Utah, who led the charge on behalf of Yanez’s family.

His recovery is part of ongoing efforts by the Defense POW/MIA Accounting Agency, or DPAA, to identify the remains of service members dating back to World War II. This year alone, more than 100 individuals have been identified and their family members notified. 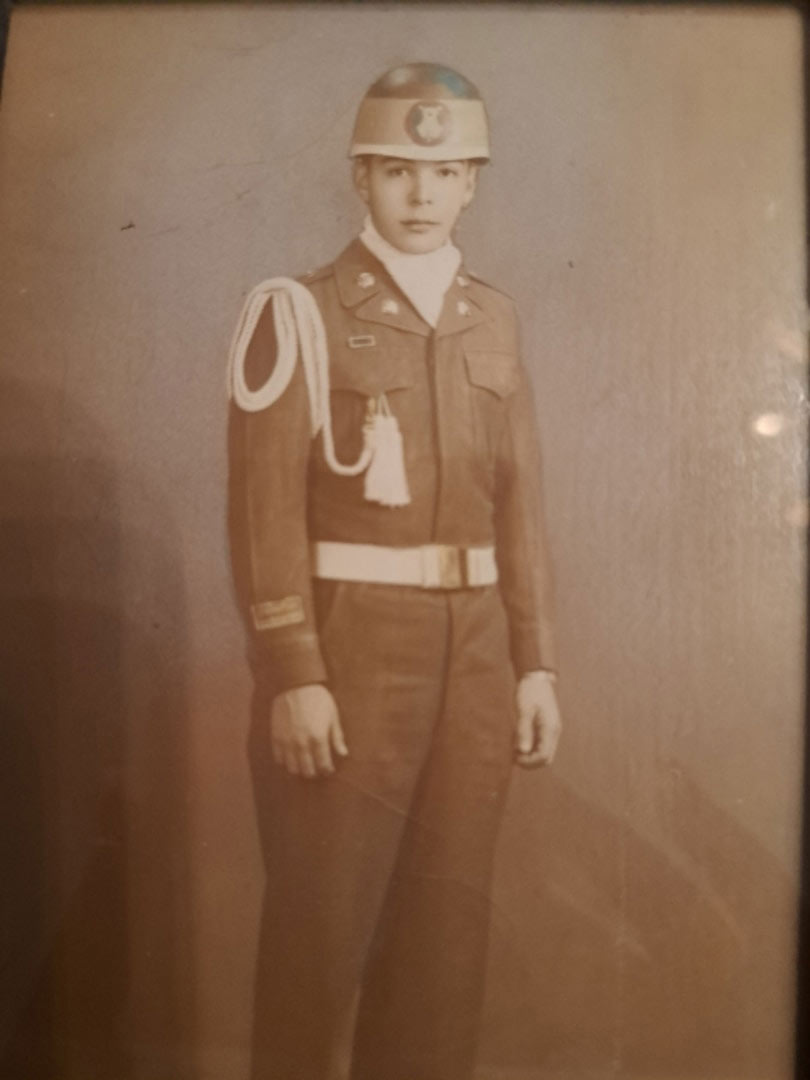 VIEW LARGER Army Pvt. Felix Yanez, a native of Douglas, Arizona, was killed during the Korean War at the age of 19. His remains went unidentified for the next seven decades.
Defense POW/MIA Accounting Agency

Veronica Keyes is a forensic anthropologist with the DPAA identification lab, which is housed at Joint Base Pearl Harbor-Hickam in Hawaii.

The process is complex. Recovery teams are deployed around the world to conduct excavation missions that last anywhere from one month to several. Remains and any artifacts that are unearthed – uniforms, ID tags – are then sent to the Hawaii lab.

Scientists, who are not told whom the military members might be to ensure their analyses are unbiased, then examine skeletal remains and compare DNA to samples collected from relatives to produce a biological profile that includes gender, race, stature and age at death. Dental records and chest radiographs are also key to the final identification.

“We can get down to three or four (potential individuals), but we need something else to be able to differentiate between them,” Keyes said. “If we don’t have dental records or chest radiographs, then it kind of limits what we can do to narrow down that list.”

The DPAA has an online FamWeb to share and swap information with families whose military members have never been recovered, and it holds annual update meetings where relatives can meet with officials to learn more.

In Yanez’s case, several attempts were made to identify the remains marked X-789 from 1951 to 1954, according to the DPAA. After those proved unsuccessful, his remains were shipped to Hawaii in 1956, along with hundreds of others, and buried at the National Memorial Cemetery of the Pacific, known as Punchbowl, in Honolulu.

In July 2018, the DPAA proposed a plan to disinter 652 Korean War “unknowns” from the cemetery, and in August 2019, scientists disinterred X-789 and began an examination of the remains.

Long before that, Shreeve had begun attending DPAA briefings and seminars and learning more about her uncle – like how he and a friend joined the military on a dare.

“Going to the meetings, I was like a sponge,” Shreeve said. “I just absorbed as much knowledge as I could … any story I could get my hands on about him. I would stand up and say his name and then people would come up to me and say, ‘I know him.’”

Shreeve relayed what she learned to family members and persuaded them to share DNA samples with the lab.

“It was kind of a quest to try and convince people,” she recalled.

Keyes said identifying remains from the Korean War often proves challenging, because some boxes contain remains from more than one person.

“Once we started analyzing them, it became clear that these remains were very co-mingled,” she said. “So the first task was just segregating them back to individuals and then doing further testing for identification.”

Timothy McMahon, director of the Department of Defense’s DNA Operations, said embalming powder used in the 1950s poses another obstacle because it contaminates DNA, making extraction and analysis nearly impossible.

“Think of a jar that has a million jelly beans in it and they’re all different colors, but there’s only maybe 50 white jelly beans in there,” he said. “If I told you to go in there and grab all 50 of those in one shot, you wouldn’t be able to do it.

Yanez’s remains finally were identified on July 13. And in September, Shreeve and other relatives gathered to celebrate his life – and lay him to rest.

During the service, Yanez’s military uniform was displayed in an open casket, next to a photo of him as a young man.

Those who delivered eulogies, including Shreeve, had one thing in common: They’d never met Yanez but were inspired by stories they’d heard about him. One of Yanez’s nephews joined the military because of him. Susan Kee, a Korean War historian who spoke at the service, said that without Yanez’s contributions to the war effort, her parents could never have lived free in South Korea.

At the cemetery, the deacon performed a rosary ceremony and gave a crucifix to Yanez’s sisters, Lupe Salazar and Connie Cintron, and assured them that because of his good deeds, Yanez would prosper in the afterlife. Family members then placed red roses on Yanez’s casket, and it was lowered into the ground.

Shreeve said she hoped the journey to identify her uncle serves to bring her family closer together, and she intends to help other service members’ families get the same closure she now has. She is set to be a guest speaker at next year’s DPAA Korean and Cold War briefing in Washington, D.C.

“If you have a loved one who was killed in a war and their remains have not been identified, I encourage you to get a hold of the DPAA … and learn everything you can,” she said.

Yanez received many posthumous honors, including a Purple Heart. His name is recorded on the Courts of the Missing monument at Punchbowl cemetery, along with soldiers who remain unknown. One day soon, Yanez will receive a rosette next to his name – to show that he has been identified, at last.

Raising money to keep local talent home. Yoga for addiction recovery and mental health expands among care providers UArizona Health Sciences receives grant to study PFAS mitigation in firefighters' blood
By posting comments, you agree to our
AZPM encourages comments, but comments that contain profanity, unrelated information, threats, libel, defamatory statements, obscenities, pornography or that violate the law are not allowed. Comments that promote commercial products or services are not allowed. Comments in violation of this policy will be removed. Continued posting of comments that violate this policy will result in the commenter being banned from the site.