The galactic phenomenon is more than 13 billion light years from Earth. by Tony Perkins Tweet 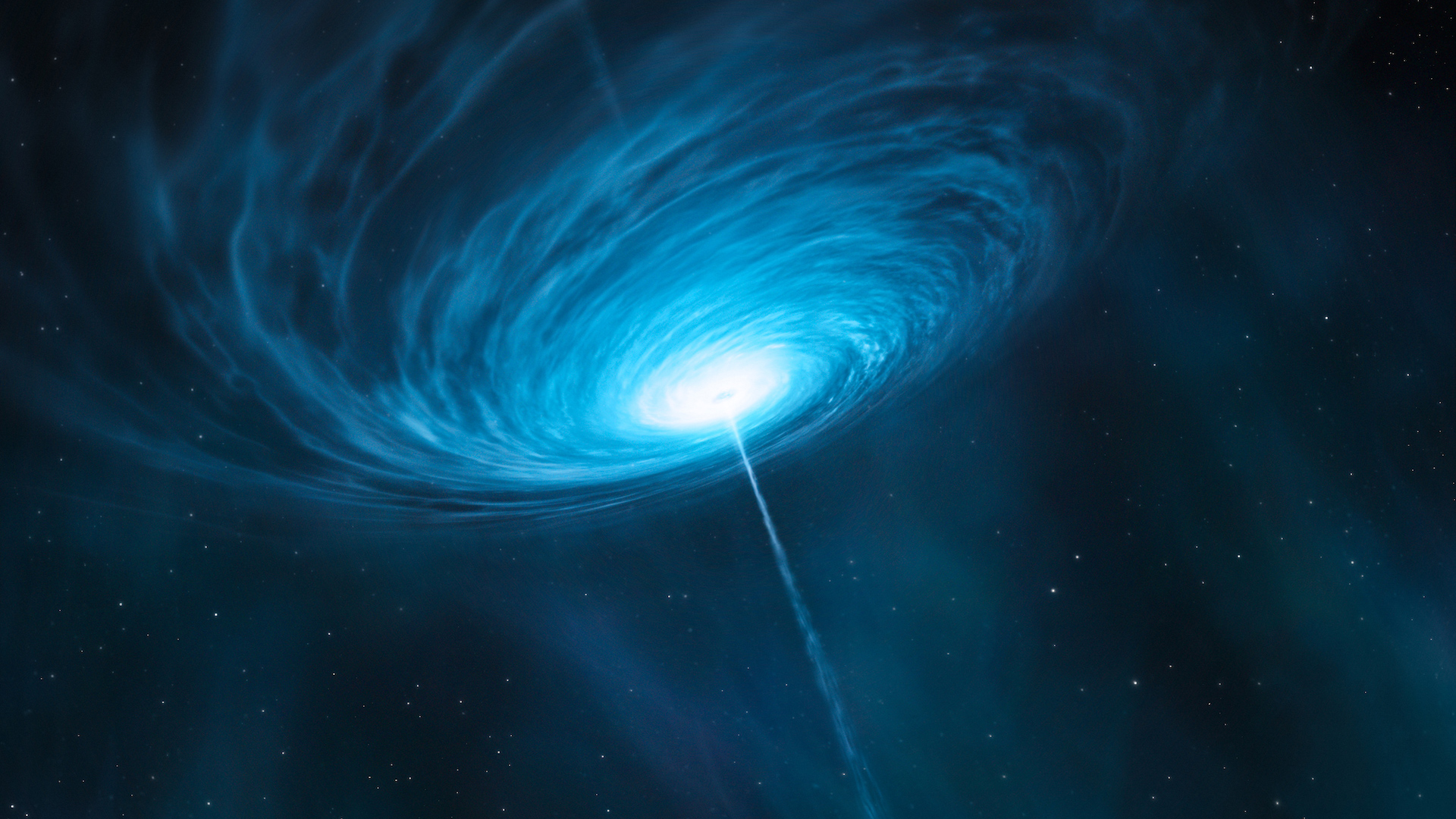 Quasars are the very bright centers of distant galaxies that are powered by supermassive black holes.
Illustration: ESO/M. Kornmesser

University of Arizona astronomy researchers are looking at the most distant quasar ever discovered. Quasars are interstellar objects powered by supermassive black holes, and this one could help scientists understand more about how galaxies were formed just after the Big Bang.

UA astronomer Feige Wang notes the group’s observations are limited by the use of earth-bound telescopes. He says the next generation of orbiting space optics, like the proposed James Webb Space Telescope, will give them a clearer look.

“This space telescope will have a higher spatial resolution. So, our current understanding of this quasar is limited by the available high-resolution image," he said. “The most remarkable thing is this quasar hosts a 1.6 million solar mass black hole 600 million years after the big bang. It is an early epoch and it’s a very distant quasar.”

When astronomers look at distant objects in the universe, they are also looking back in time. The quasar that Wang’s group is viewing is more than 13 billion light years from Earth, so it dates back to 670 million years after the Big Bang, when the universe was only 5% of its current age.

The researchers presented their findings at the 237th Meeting of the American Astronomical Society last week.

News roundup: Health officials say keep up safety measures, UA scientists test Mars drone UA scientists build virtual universe to study galaxy formation Episode 112: Studying the Shapes and Colors of Distant Galaxies
By posting comments, you agree to our
AZPM encourages comments, but comments that contain profanity, unrelated information, threats, libel, defamatory statements, obscenities, pornography or that violate the law are not allowed. Comments that promote commercial products or services are not allowed. Comments in violation of this policy will be removed. Continued posting of comments that violate this policy will result in the commenter being banned from the site.