A researcher said the drought showed what climate change is like "in the here and now." by Nicholas Gerbis, KJZZ Tweet 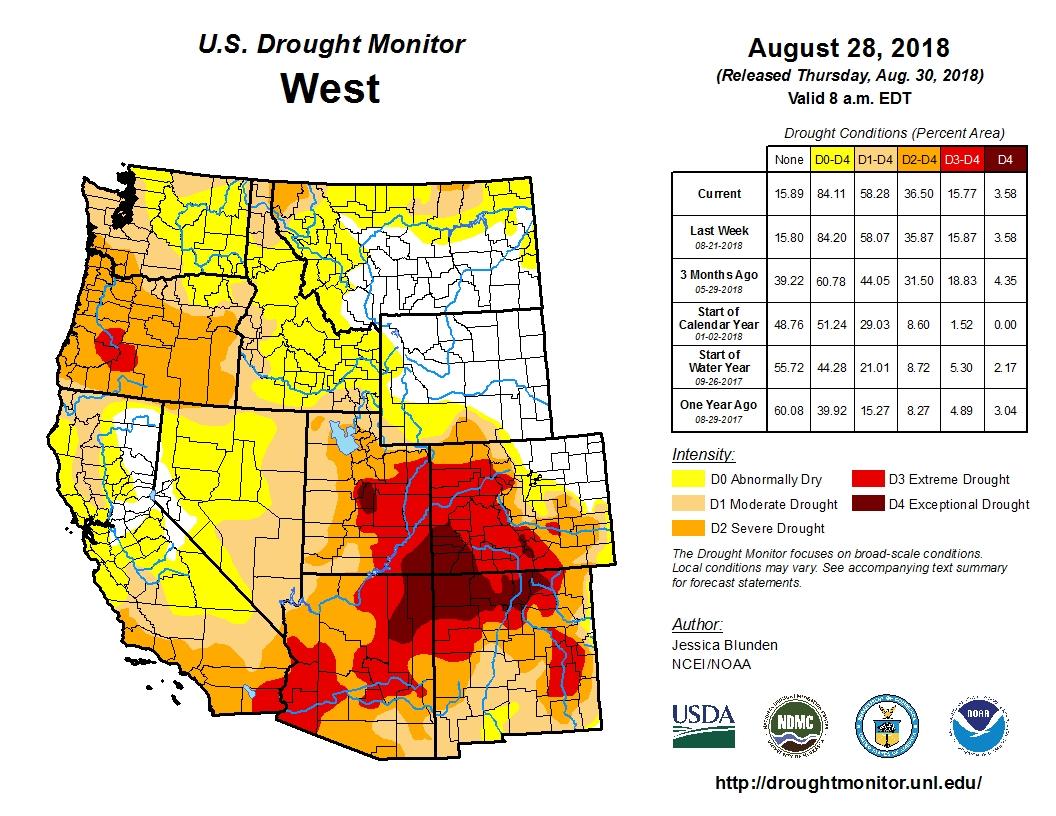 The Four Corners drought of 2017 and 2018 caused $3 billion in losses and led the Navajo Nation to issue an emergency drought declaration.

Now, new research in the Bulletin of the American Meteorological Society suggests a sizable portion of the drought's impacts stemmed from human-induced climate change.

The Four Corners drought was intensified by the hottest regional temperatures on record, and occurred during a severe meteorological drought.

They also increase the amount of water the atmosphere can hold, making air "thirstier" and causing it to pull moisture from plants and soil.

According to model simulations, human-induced warming added 2.3 to 3.6 degrees Fahrenheit (1.3 to 2.0 C) to that heat — parching soil and shrinking plant coverage by 18–30 percent and making poor rangeland conditions worse.

It also drained away 20% of potential snowpack meltwater.

"And this drought, which hurt so much of the interior of the U.S., is one of those examples of what climate change looks like in the here and now," she said.

As available water is exhausted, an additional feedback between land and water can occur: As evaporation, which absorbs latent heat and cools the area, becomes impossible, sensible heat can climb even higher.

"If this is happening in a really dry environment and there's no more moisture in the soil, that will then lead to even greater temperature rise," said Williams.

Because the study did not model such effects, its results likely reflect a conservative estimate of the impacts of human-induced warming.

For this summer's water forecast, climate experts are looking back to winter Inbreeding won’t doom the endangered vaquita marina — but fishing nets might Arizona scores low marks on land conservation
By posting comments, you agree to our
AZPM encourages comments, but comments that contain profanity, unrelated information, threats, libel, defamatory statements, obscenities, pornography or that violate the law are not allowed. Comments that promote commercial products or services are not allowed. Comments in violation of this policy will be removed. Continued posting of comments that violate this policy will result in the commenter being banned from the site.