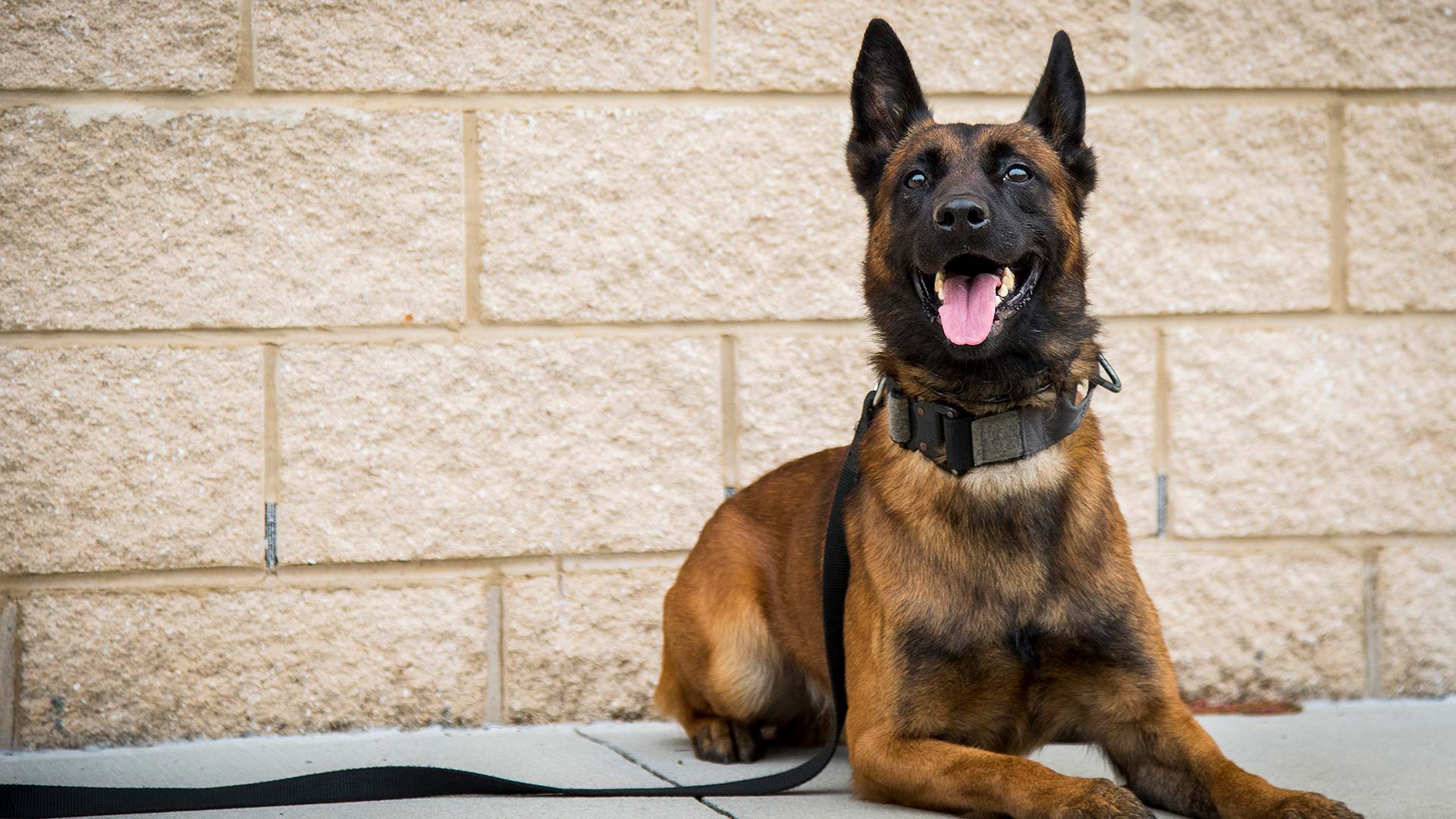 Results from the UA study can help determine which canines might perform best in working dog programs.
Department of Defense

University of Arizona researchers are trying to find out why larger dogs outperform smaller dogs on memory tests and self-control.

They think the study can help determine what kinds of dogs might be better suited for tasks such as drug detection and guiding people with disabilities.

UA doctoral student Daniel Horschler notes in one test, dog owners hid a treat and challenged their pet to find it. Smaller dogs had more trouble finding the treat.

In another test, owners put a treat in front of their seated dog and ordered the dog not to take it, then the owner either watched the dog, hid his own eyes, or walked away. Larger breed dogs usually waited longer to take the treat.

The researchers controlled for whether or not the dogs had been trained. They did not do comparative studies of cognitive abilities in different breed varieties, like the miniature poodle and standard poodle, which are the same except for size.

The study was published in the journal Animal Cognition.

County Animal Shelter Offers Creature Comforts for Occupants ADOT Dogs Sniffing Out Crime at Arizona's Interstate Borders UA researcher follows trail of a possible second dinosaur-killing asteroid
By posting comments, you agree to our
AZPM encourages comments, but comments that contain profanity, unrelated information, threats, libel, defamatory statements, obscenities, pornography or that violate the law are not allowed. Comments that promote commercial products or services are not allowed. Comments in violation of this policy will be removed. Continued posting of comments that violate this policy will result in the commenter being banned from the site.