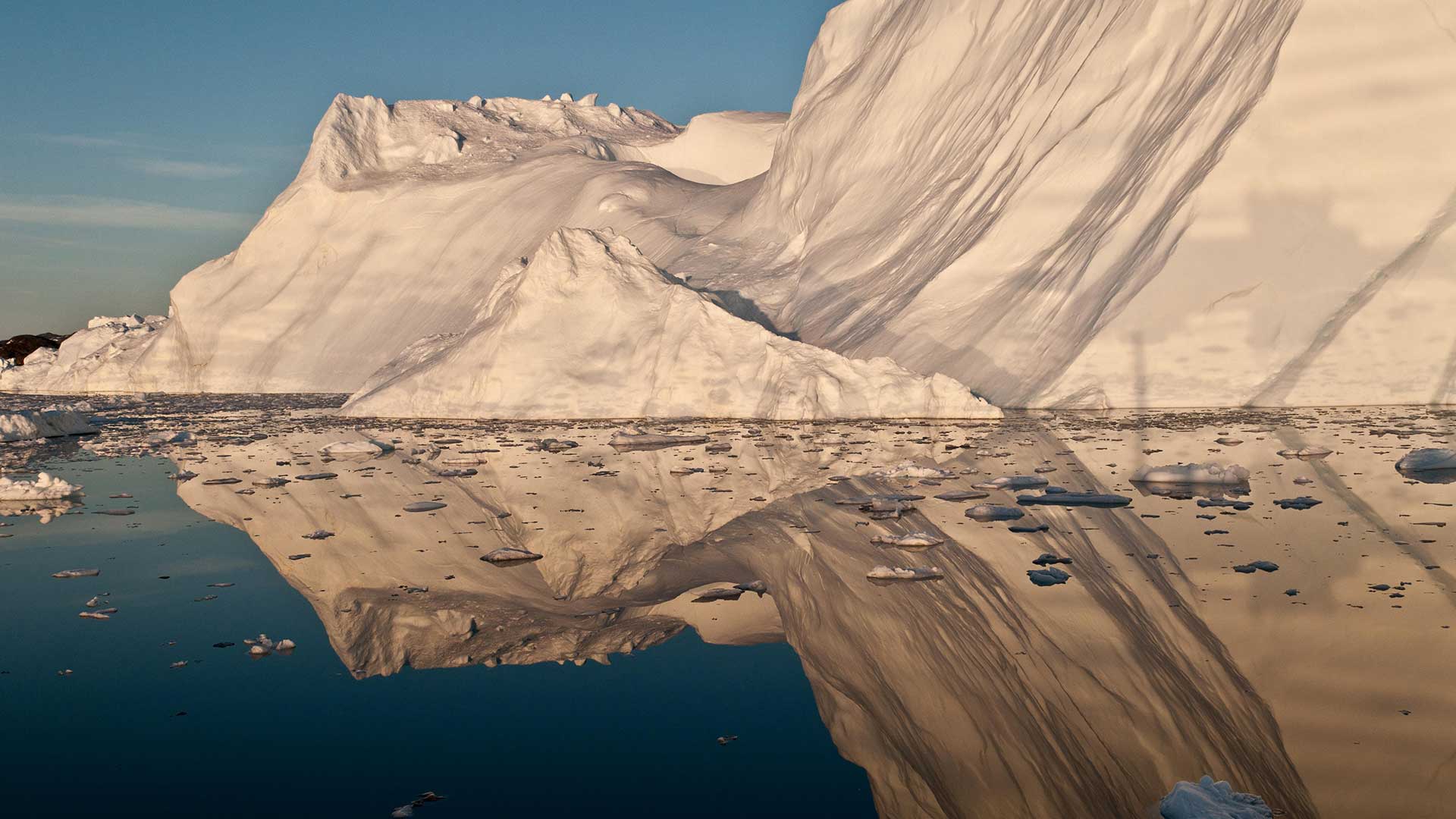 The midnight sun casts a golden glow on an iceberg and its reflection in Disko Bay, Greenland. Much of Greenland’s annual mass loss occurs through calving of icebergs such as this.
Ian Joughin/University of Washington

New findings by an international team of researchers show the melting of Greenland's ice sheet over the past 26 years approaches the most pessimistic predictions of the Intergovernmental Panel on Climate Change.

"There's a low bound, there's a middle and there's a high, and right now we're tracking the high estimates pretty well for Greenland," said co-author Christopher Harig of the University of Arizona Department of Geosciences.

The research appears in the journal Nature.

Based on satellite measurements of changes in altitude and mass, the team found that Greenland lost 3.8 trillion metric tons of ice since 1992, raising mean sea level by 10.6 millimeters — just over a centimeter, or a bit under half an inch. 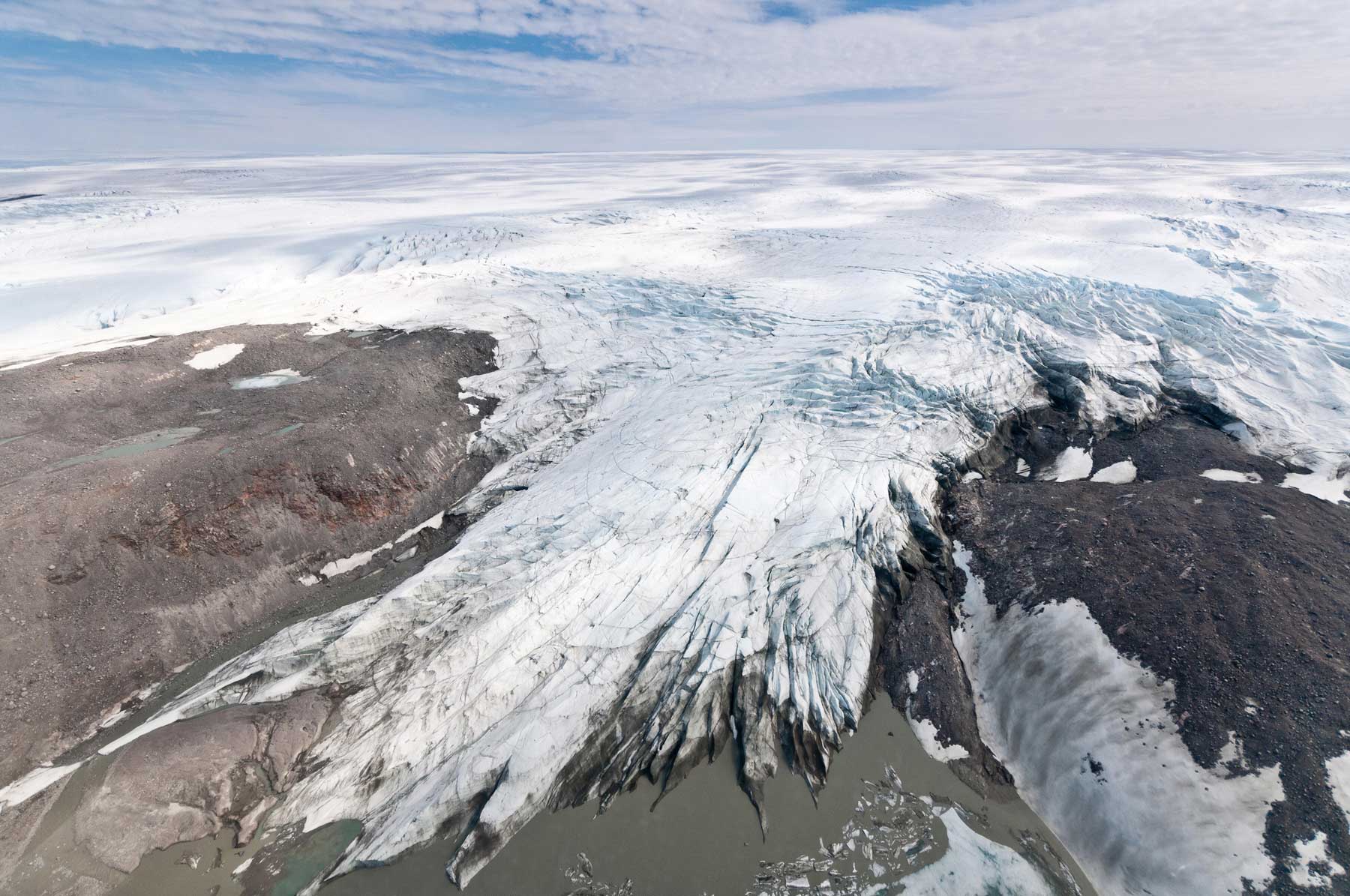 VIEW LARGER Area of the Greenland Ice Sheet with a land-terminating margin. In such regions ice is shed primarily through melting, unlike marine-terminating glaciers where iceberg calving dominates annual ice loss.
Ian Joughin/University of Washington

The losses were split between ice calving and meltwater runoff.

"Greenland is a very dynamic place, and I think the fact that we can see these pretty clear changes on the scale of, say, five years makes it really important that we need to continue observing Greenland," he said.

Over the past few decades, Greenland has seen notable increases in air and ocean temperatures as well as reduced summer cloud cover.

Antarctic study yields new information for climate change models Contreras Fire burns more than 18,000 acres Wildfire reaches Kitt Peak National Observatory
By posting comments, you agree to our
AZPM encourages comments, but comments that contain profanity, unrelated information, threats, libel, defamatory statements, obscenities, pornography or that violate the law are not allowed. Comments that promote commercial products or services are not allowed. Comments in violation of this policy will be removed. Continued posting of comments that violate this policy will result in the commenter being banned from the site.