Demographics Changing for Migrant Deaths in the Desert

The Pima County Office of the Medical Examiner has processed the remains of almost 100 undocumented border crossers this year, and according to a recent report the demographics of those dying in the desert are changing.

More people from Central American countries are found crossing the U.S. – Mexico border now than ever before, and more people from those countries are dying in the process, said Robin Reineke, coordinator of the Missing Migrant Project at the Pima County Office of the Medical Examiner.

"While Mexicans might be able to afford and wait to see what’s going to happen with the U.S. economy or with immigration reform, Central Americans are sort of already at a breaking point," Reineke said.

University researchers report the Pima County Office of the Medical Examiner processed the remains of 2,238 migrants from 1990-2012, of which more than 750 remain unidentified. 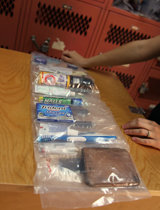 Items found with the body of migrant John Doe (PHOTO: Fernanda Echavarri)
"Migrant deaths are still very high in Southern Arizona, said Robin Reineke, coordinator of the Missing Migrant Project at the Pima County Office of the Medical Examiner. "(There are) hundreds each year, and that hasn't changed despite the fact that there are fewer migrants crossing...We are using Border Patrol apprehension statistics to estimate migrant flow."

From 1990 to 2001 there were 265 remains recovered by the office of the medical examiner, categorized as unidentified border crossers. For most of those years, the number of deaths was below 20.

In 2002 the upward trend spiked and, since then, there have been 1,973 bodies of unidentified border crossers found. In that period death tolls topped 100 each year, according to the report.

The report, "A Continued Humanitarian Crisis at the Border," shows the majority of bodies recovered in the desert are those of Mexican citizens. However, there has been an increase of people from Central American countries dying along the international border. Border Patrol apprehensions of people from Guatemala, Honduras and El Salvador have also increased, according to the report.

Most people died from exposure to natural elements or from unidentified causes, Reineke said, and the number of deaths by homicide has remained steady in the last decade.

The authors contend the findings highlight migrants' intent on crossing the border into Arizona have been pushed into more remote areas. The move comes amid increased security at traditional crossing points closer to urban areas.

The findings are based on the studies of demographic characteristics of the identified remains and the locations where bodies have been found over the past 22 years. 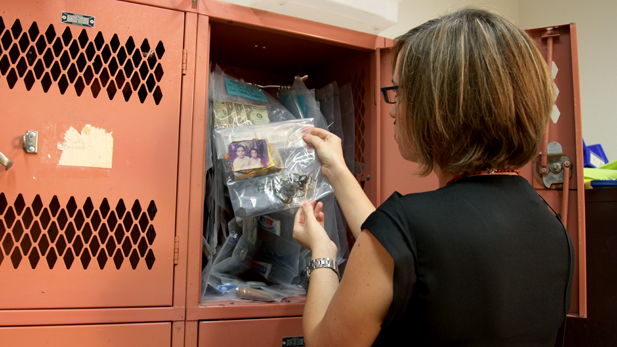 Migrant Deaths in AZ Desert Down 44% Undocumented Migrant Rescues Increasing in AZ Border Deaths Up From Last Year, Pima County Figures Show
By posting comments, you agree to our
AZPM encourages comments, but comments that contain profanity, unrelated information, threats, libel, defamatory statements, obscenities, pornography or that violate the law are not allowed. Comments that promote commercial products or services are not allowed. Comments in violation of this policy will be removed. Continued posting of comments that violate this policy will result in the commenter being banned from the site.