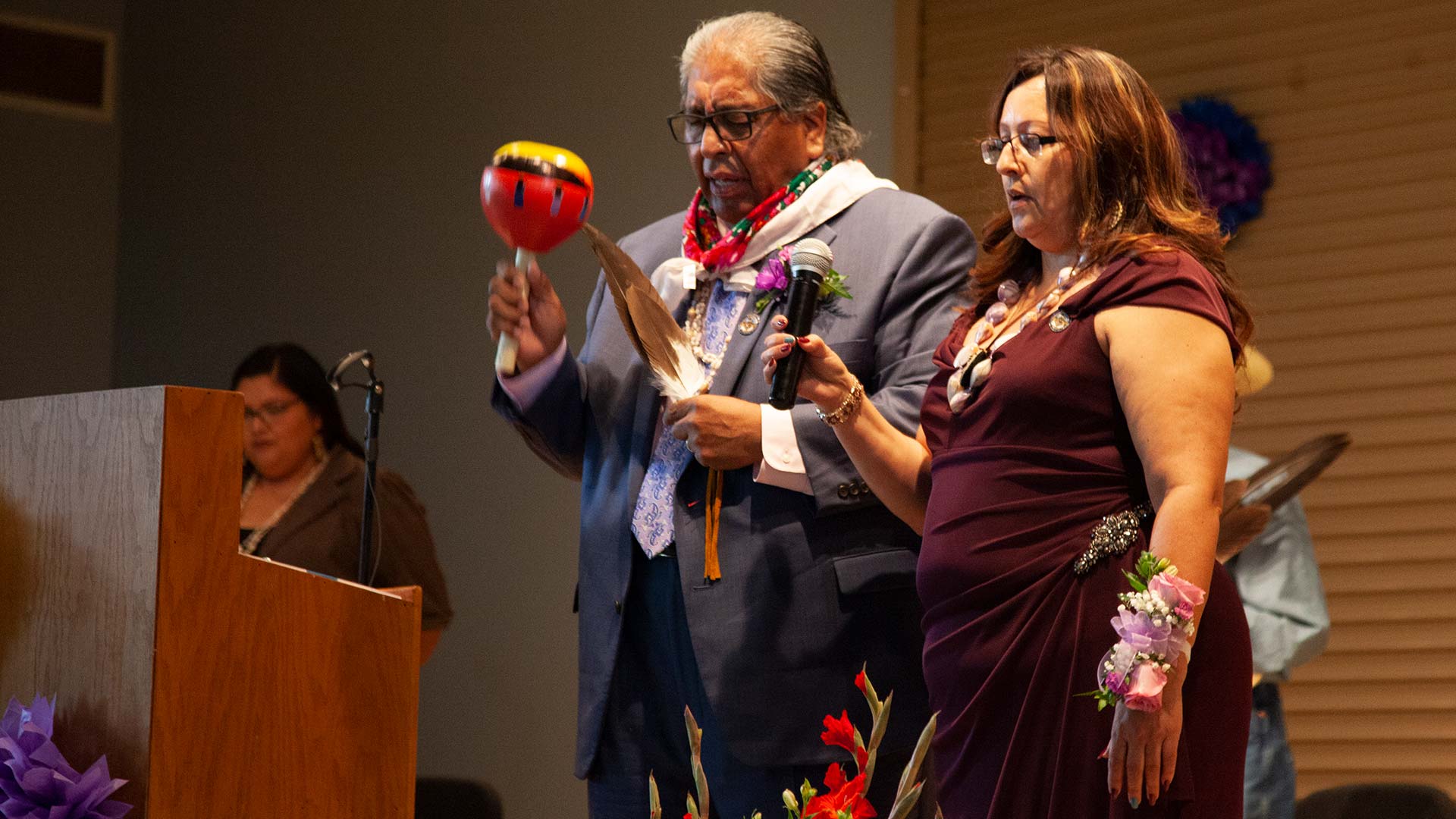 They were re-elected in May and will serve a four-year term.

Norris and Saunders identified many things they hope to improve during their administration, including road conditions, health care and climate change. Norris addressed President Donald Trump on the subject during his inauguration speech.

"Believe in our not, Mr. President of the United States, we have a climate change issue," said Norris. "When you have 95 degrees in Alaska something is going wrong, Mr. President, and you need to understand that."

He said that members of the Tohono O'odham Nation also needed to understand how climate change affects life on the nation. He encouraged the crowd to realize the nation needs to respond as a group to changes in its environment. 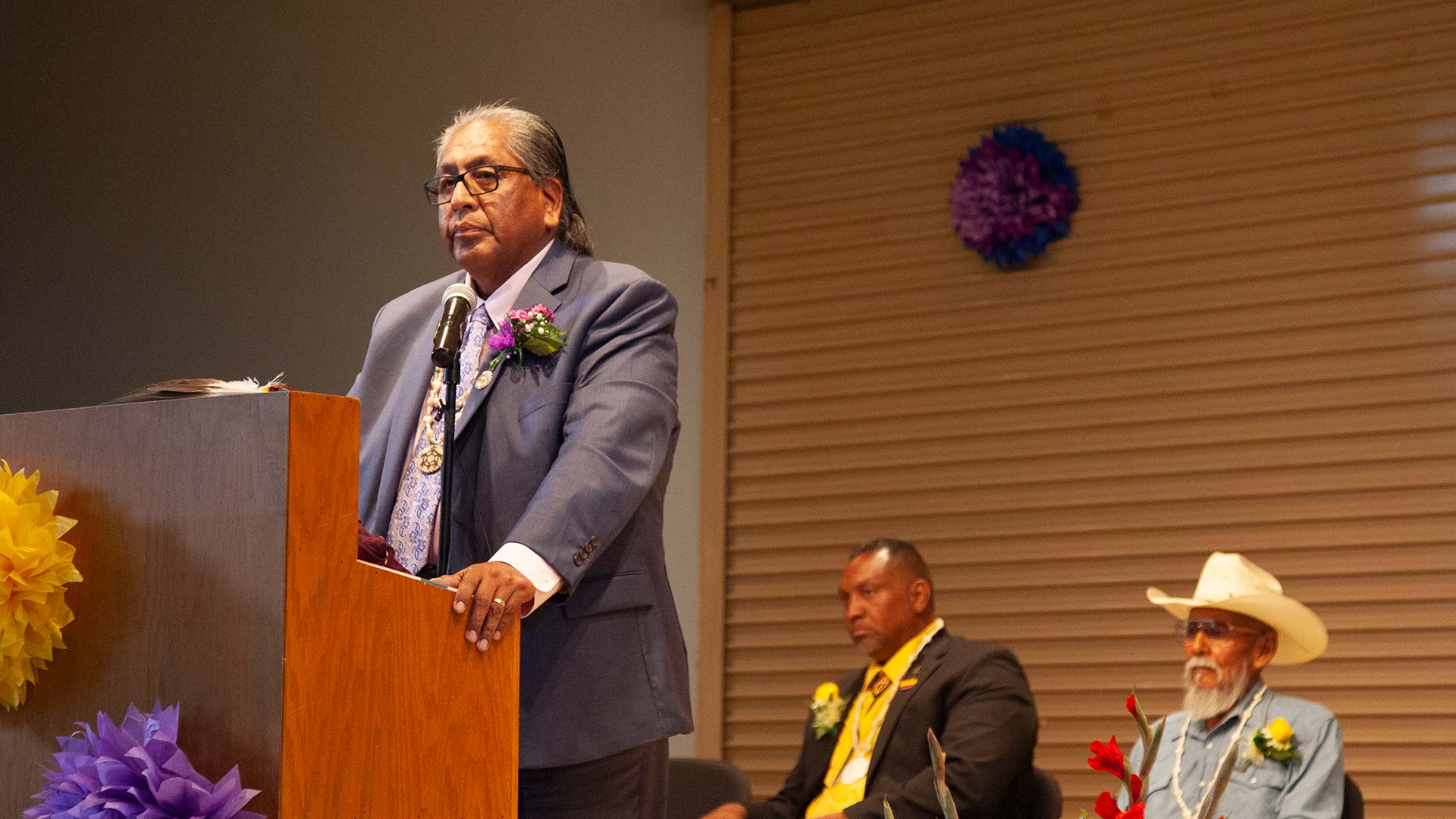 Norris also said he has plans to strengthen the nation's relationship with the state universities in Arizona and build on the symbolic acts of acknowledgement towards Indigenous peoples by these institutions.

"We can begin to understand each other," said Norris. "We can utilize the services. We can do something more than just erect monuments on their campus to acknowledge the existence of the Native population in those areas."

He said instead of statues, he'd like to pursue discussions that address injustices inflicted on Indigenous populations in the United States.

The event included a blessing by Manuel Havier and performances from Marissa Valentine and Shania Manuel. Norris and Saunders closed the ceremony with a song — an O'odham prayer.

Eds.: This version of the story corrects the years Saunders served as vice chair prior to the 2019 election.

Judge halts plan to end Census early, as Arizona, tribal responses lag Council weighs abolishing fares on buses, streetcars Stand off with Border Patrol, National Park Service ends in scuffle with Indigenous-led demonstrators
By posting comments, you agree to our
AZPM encourages comments, but comments that contain profanity, unrelated information, threats, libel, defamatory statements, obscenities, pornography or that violate the law are not allowed. Comments that promote commercial products or services are not allowed. Comments in violation of this policy will be removed. Continued posting of comments that violate this policy will result in the commenter being banned from the site.