I-11 lawsuit goes to court 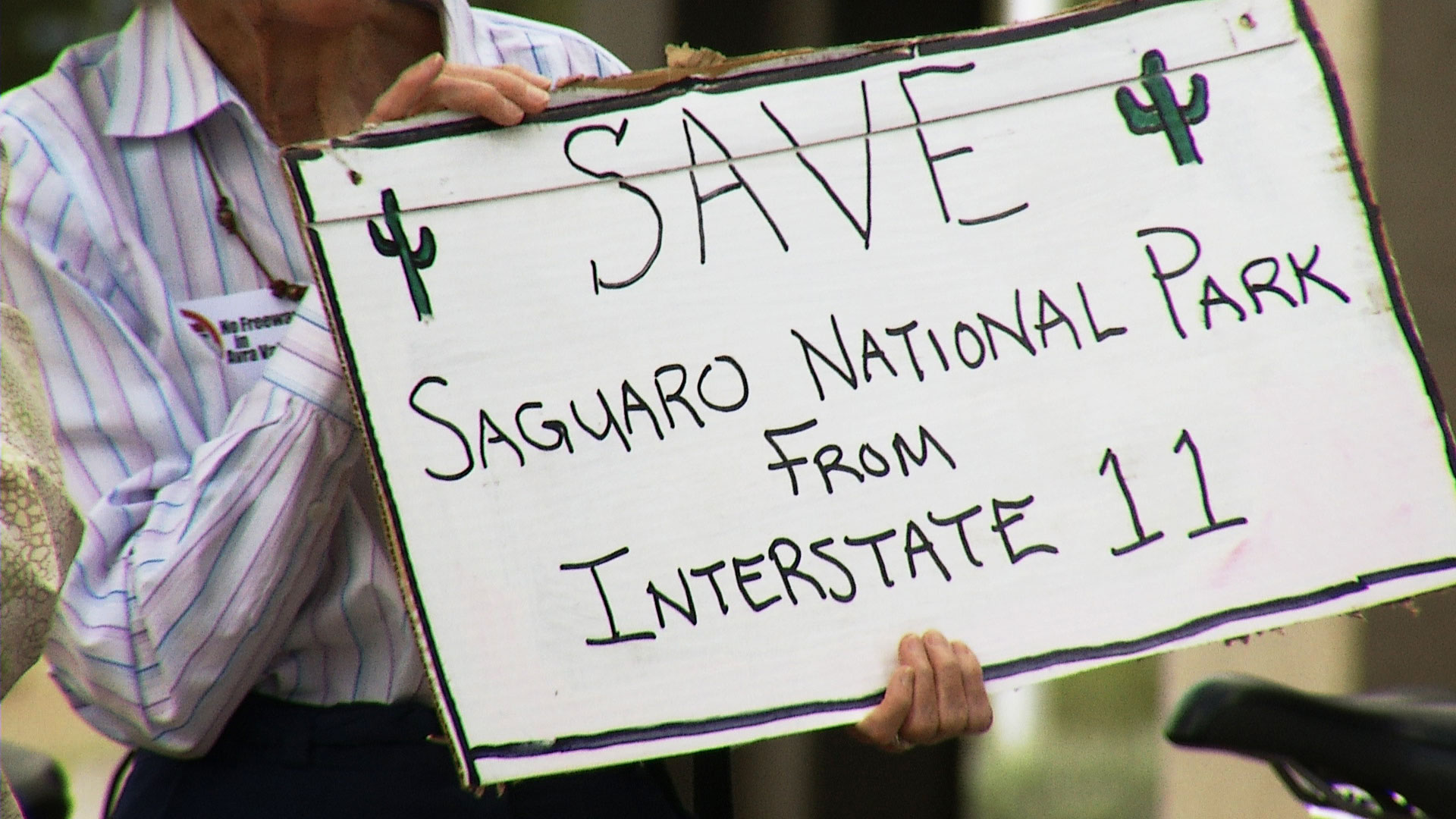 A woman holds a sign opposing early plans for a proposed Interstate 11 outside a public event focused on the corridor in Tucson on May 8, 2019.
Martín Rubio/AZPM Staff

A federal Judge will hear the case of conservation groups against the Federal Highway Administration over the approval of the interstate 1 project.

The Center for Biological Diversity and other groups are suing the agency because of environmental issues such as worsening air pollution, potential harm to the threatened tortoise population and other wildlife, and other harm to the Sonoran desert. The suit also claims that the agency neglected to consider alternatives to an interstate project such as rail development and that they also bypassed mandatory environmental reviews prior to approval.

There are also concerns about how the development would disrupt archaeological and cultural sites.

The project would run from Nogales, Arizona to Wickenburg, just north of Phoenix. Spanning 280 miles, it would also connect to an interstate route leading to Las Vegas, eventually spanning throughout the entire western United States.

State supreme court finds Marana in violation of water treatment costs County Attorney in Cochise County arrest for Super Extreme DUI Nighttime closure of tunnel near Bisbee
By posting comments, you agree to our
AZPM encourages comments, but comments that contain profanity, unrelated information, threats, libel, defamatory statements, obscenities, pornography or that violate the law are not allowed. Comments that promote commercial products or services are not allowed. Comments in violation of this policy will be removed. Continued posting of comments that violate this policy will result in the commenter being banned from the site.