× CORONAVIRUS: The latest coverage and local resources regarding COVID-19 from the Arizona Public Media newsroom.
September 24, 2019

No mere dust devil: Tornado near Willcox a rarity for Arizona 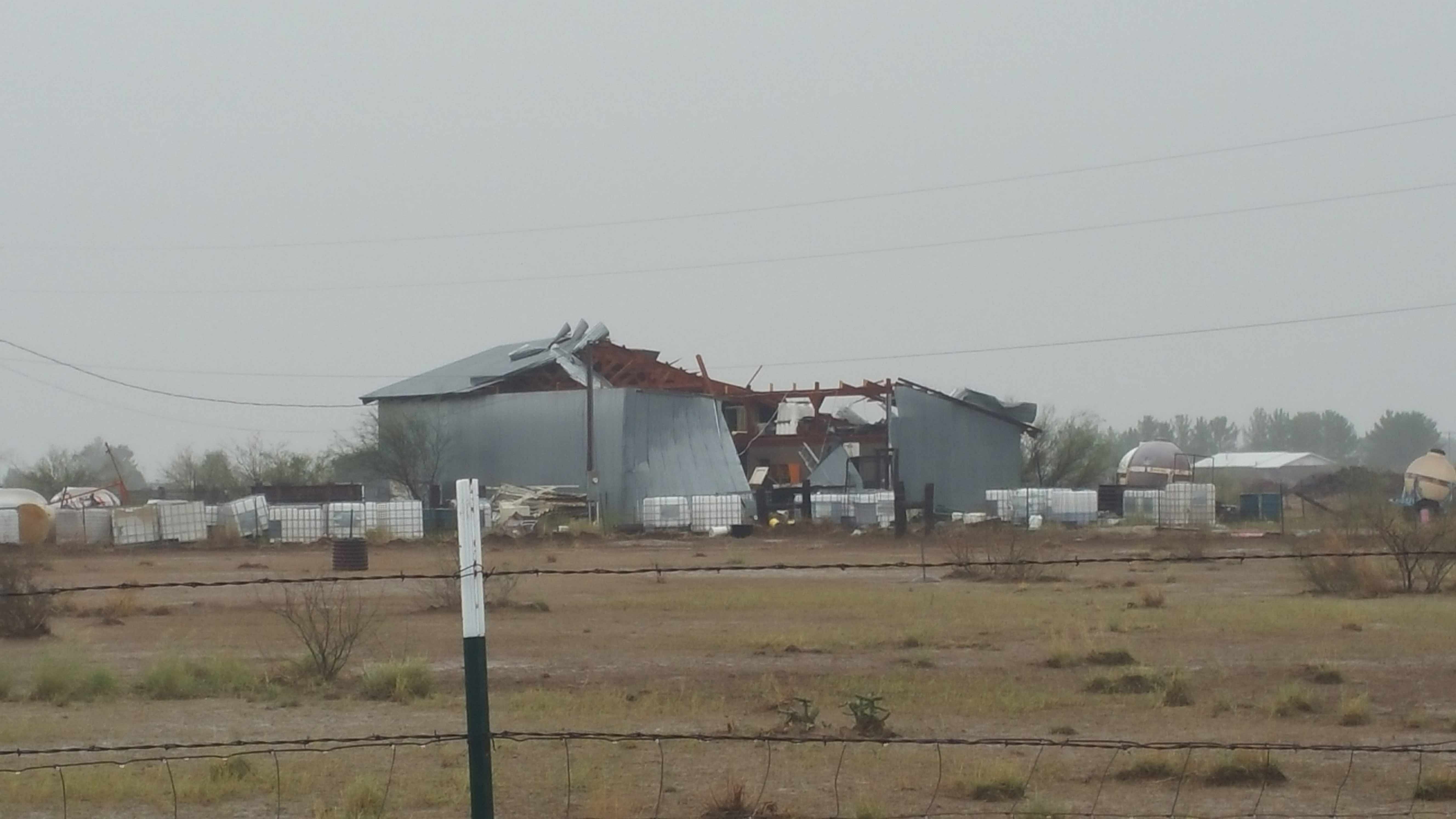 A building northwest of Willcox was damaged by an EF-1 tornado on Sept. 23, 2019.
National Weather Service

Tornadoes are rare in Arizona, and the one that touched down east of Tucson Monday night was even more so.

The EF-1 tornado damaged homes and power lines northwest of Willcox. Two people were injured after a mobile home tipped off its foundation.

Ken Drozd with the National Weather Service in Tucson said Arizona averages four tornadoes a year. But most of the time they’re dust devils that have been sucked into a thunderstorm and don’t last long or cause much damage.

"Now in this case we had a descending tornado that you would more typically see in the central Plains," he said.

"You had a lot of rain already, and if we get any more rain on top of that, that’s gonna just exacerbate things. So that’s probably the more widespread threat," he said.

The storms are expected to continue through Thursday.

Heat wave to hit the Southwest Tucson sees hottest May on record New model lays out different possibilities for COVID-19 in Arizona
By posting comments, you agree to our
AZPM encourages comments, but comments that contain profanity, unrelated information, threats, libel, defamatory statements, obscenities, pornography or that violate the law are not allowed. Comments that promote commercial products or services are not allowed. Comments in violation of this policy will be removed. Continued posting of comments that violate this policy will result in the commenter being banned from the site.