× CORONAVIRUS: The latest coverage and local resources regarding COVID-19 from the Arizona Public Media newsroom.
September 23, 2019

Park officials say the hundreds of bison at the park are harming water sources and the landscape. by Associated Press TWEET SHARE 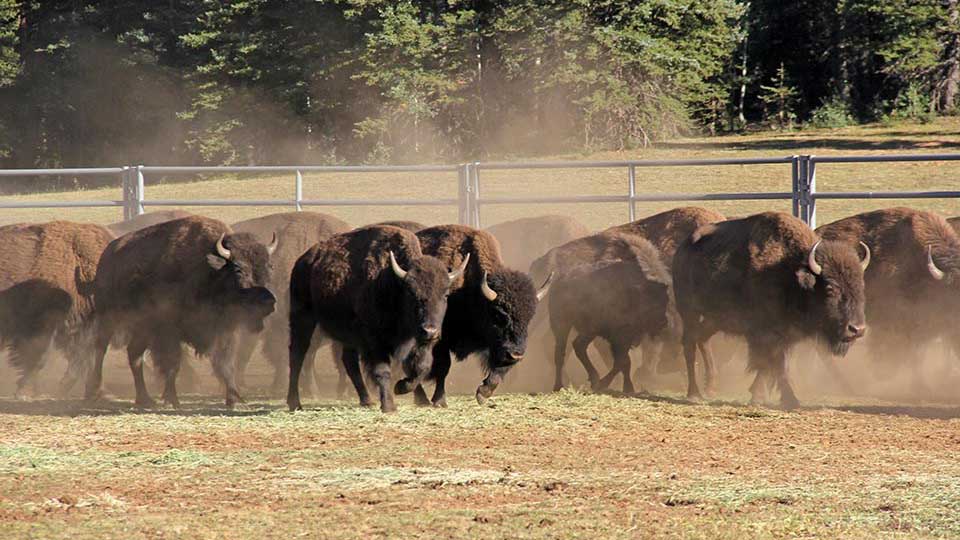 VIEW LARGER Bison in a corral on the North Rim of the Grand Canyon, September 2019.
Bryan Maul/NPS

Hundreds of the massive animals have made their home at the Grand Canyon in recent years. But park officials say they're spoiling water sources and harming the landscape.

Officials came up with a plan two years ago to reduce the herd partly by corralling the animals and shipping them elsewhere. Thirty-one bison loaded in multiple livestock trailers were shipped to the Quapaw Tribe in Oklahoma on Wednesday.

Several other bison were fitted with tracking devices and released back into the park.

The bison are descendants of ones introduced to northern Arizona in the early 1990s as part of a crossbreeding experiment. The state allows them to be hunted on the neighboring national forest.

Plan to ‘revive’ uranium mining called unneeded, unwanted by advocates Defense Department cuts funding for border wall section in Yuma Groups say border wall construction threatens biodiversity of Arizona sky islands
By posting comments, you agree to our
AZPM encourages comments, but comments that contain profanity, unrelated information, threats, libel, defamatory statements, obscenities, pornography or that violate the law are not allowed. Comments that promote commercial products or services are not allowed. Comments in violation of this policy will be removed. Continued posting of comments that violate this policy will result in the commenter being banned from the site.