× CORONAVIRUS: The latest coverage and local resources regarding COVID-19 from the Arizona Public Media newsroom.
September 20, 2019 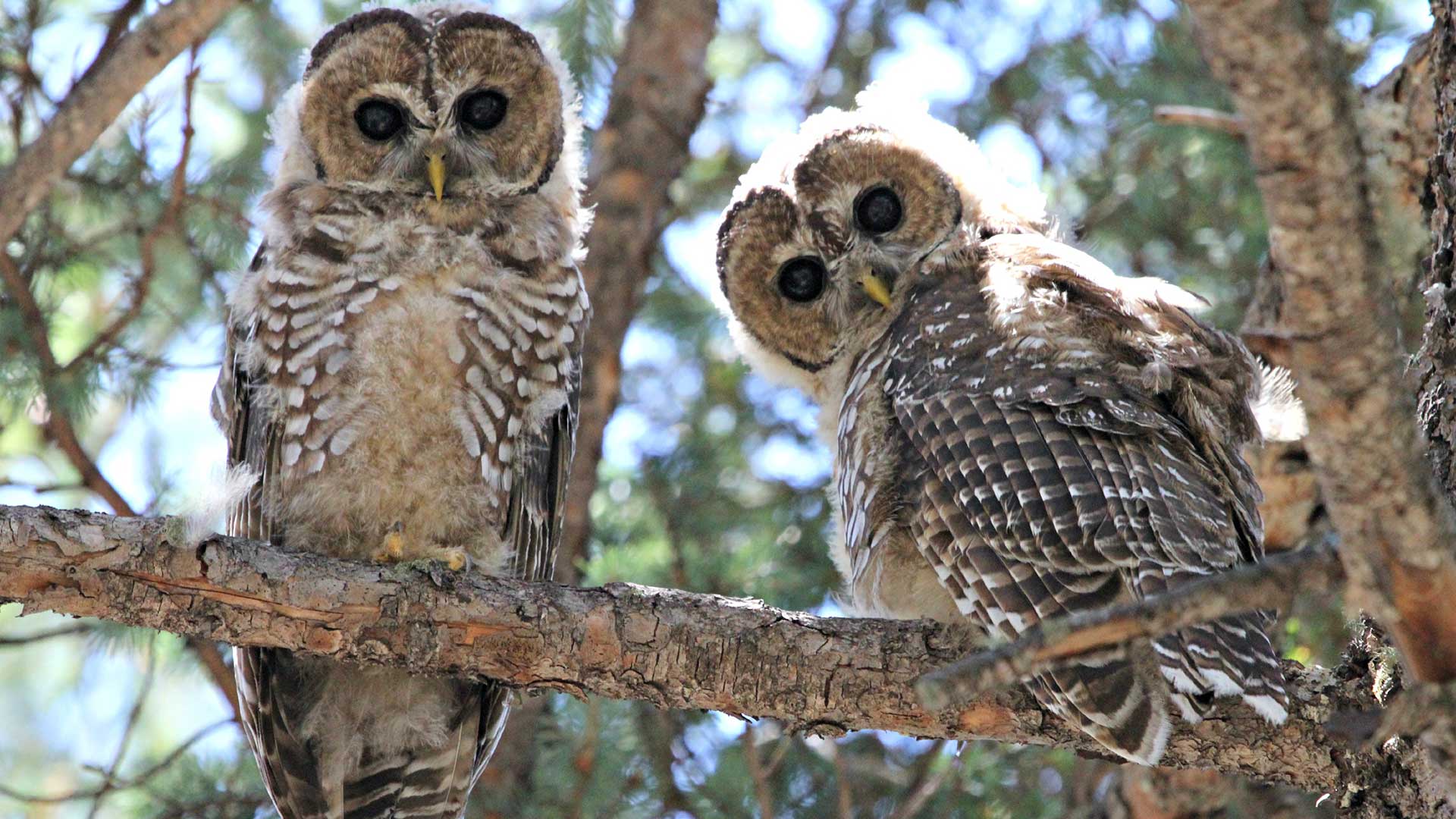 FLAGSTAFF — A U.S. judge has halted tree-cutting activities across thousands of square miles of the Southwest until federal agencies can get a better handle on how to monitor the population of a threatened owl.

The order issued by the U.S. District Court in Tucson, Arizona, covers 18,750 square miles in all five New Mexico national forests and one in Arizona.

It's unclear exactly what activities will be sidelined. Forests across the Southwest are using a mix of logging, mechanical thinning and prescribed burns to reduce the risk of catastrophic wildfires that threaten the Mexican spotted owl and its habitat.

U.S. District Judge Raner Collins said the U.S. Forest Service and the U.S. Fish and Wildlife Service have shirked their responsibility to count the Mexican spotted owl as part of a recovery plan and no longer can use budget concerns as an excuse.

"Defendants have had over 20 years to find a workable way to monitor MSO occupancy to measure progress towards delisting" as a threatened species, Collins wrote.

Kent Reid, director of the New Mexico Forest and Watershed Restoration Institute at New Mexico Highlands University, said he wants to see the injunction lifted or more narrowly tailored to exclude projects such as forest thinning.

Even then, he said companies that cut trees on national forests through logging or restoration contracts could see business decline to the point of closing if the injunction stays in place long.

The Santa Fe, New Mexico-based WildEarth Guardians alleged in a 2013 lawsuit that U.S. wildlife managers failed to consider the impacts on the owls from widespread thinning and logging and had not done their jobs in tracking the bird's numbers.

The dark-eyed Mexican spotted owl is one of the largest owl species in North America. It nests and forages in steep canyons and in old-growth forests with thick, multi-layered canopies.

It was listed as a threatened species in the U.S. in 1993 and is found in Arizona, New Mexico, Colorado, Utah, parts of west Texas and Mexico but not uniformly.

A 2012 Fish and Wildlife recovery plan estimated the number of owl sites, known as protected activity centers, at more than 1,300 and said the total has increased over the years. Collins said that doesn't mean the owl population has grown.

"Whether or not the population is stable or drastically declining or increasing in one place and declining in another is totally speculative at this point," said John Horning, executive director of WildEarth Guardians.

The Forest Service's Southwestern Region said it is complying with the order and "is committed to our continued efforts at recovering the Mexican spotted owl." The Fish and Wildlife Service declined comment on the court order, citing ongoing litigation.

The order issued Sept. 11 doesn't define timber management activities, other than to say they cause irreparable harm and include timber harvesting.

Horning said forest restoration projects in the Gila National Forest on the Arizona-New Mexico border, and on the Lincoln National Forest near Cloudcroft, New Mexico, could be halted. Permits for Christmas trees and firewood likely wouldn't be impacted.

The court said Fish and Wildlife and the Forest Service must consult formally about what projects affect the owls and their habitat. The Fish and Wildlife Service's website said that could take up to three months, then it would have 45 days to issue a new biological opinion.

The Fish and Wildlife Service said Thursday it's working with the Forest Service on a pilot project to evaluate trends in the owl population based on occupancy monitoring, but it doesn't have a strategy or funding to do the work across the owl's entire range.

WildEarth Guardians had asked for an injunction on all 11 national forests in Arizona and New Mexico, but the court earlier this year ruled the request moot for a handful of Arizona forests that had updated biological opinions since 2012.

Defense Department cuts funding for border wall section in Yuma Groups say border wall construction threatens biodiversity of Arizona sky islands Groups allege attempted sale of saguaros from border wall; ask state to investigate
By posting comments, you agree to our
AZPM encourages comments, but comments that contain profanity, unrelated information, threats, libel, defamatory statements, obscenities, pornography or that violate the law are not allowed. Comments that promote commercial products or services are not allowed. Comments in violation of this policy will be removed. Continued posting of comments that violate this policy will result in the commenter being banned from the site.