× CORONAVIRUS: The latest coverage and local resources regarding COVID-19 from the Arizona Public Media newsroom.
May 15, 2019

The air quality in cities like the capital are getting worse due to fires in the southern part of the country. by Rodrigo Cervantes, Fronteras Desk TWEET SHARE 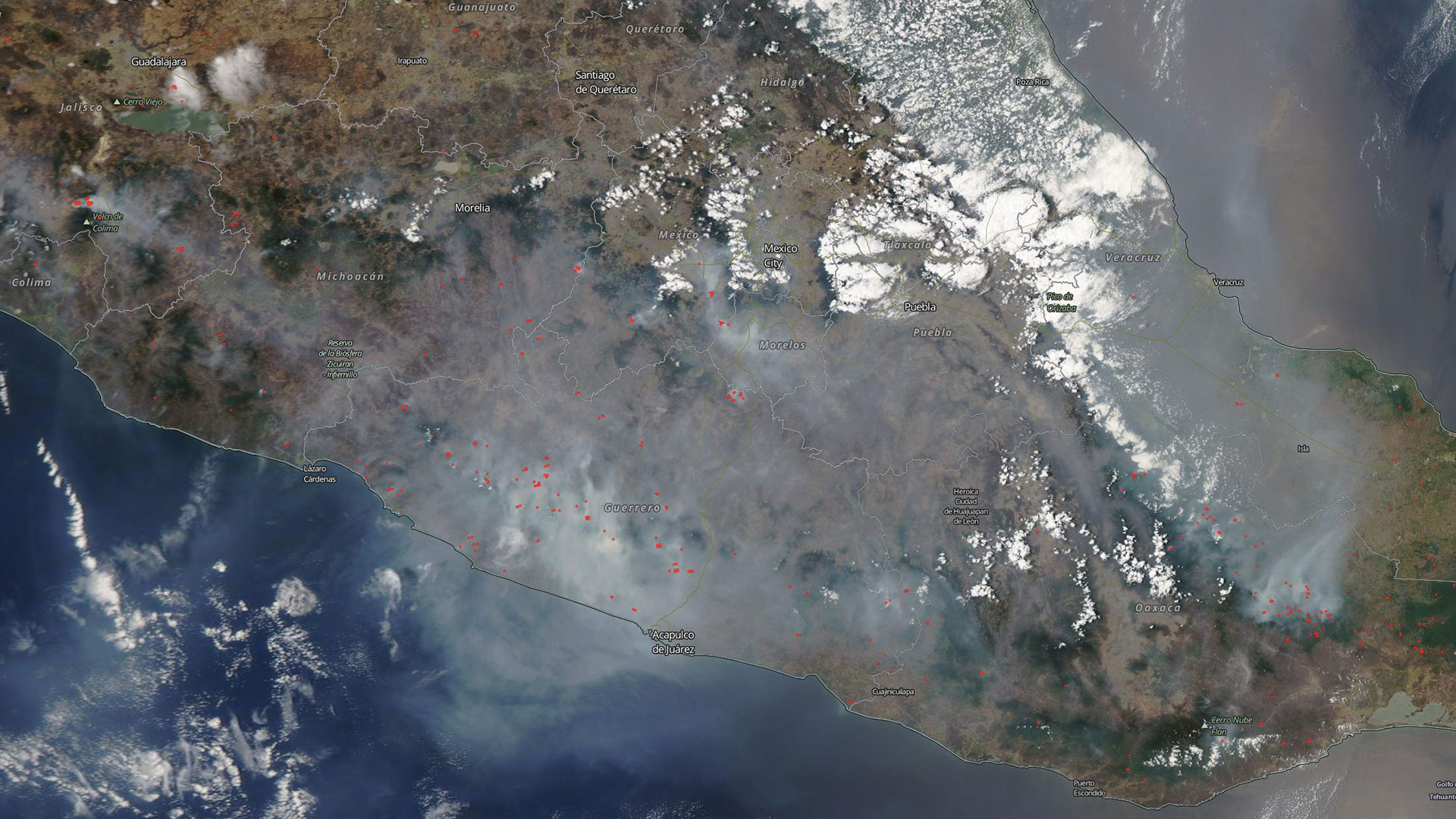 MEXICO CITY — Arizona is not the only place being affected by serious ozone levels. As hundreds of fires and high temperatures hit southern Mexico, the air quality is getting worse in cities like the capital, where many citizens are growing concerned.

Foggy views and smokey smells have dominated Mexico City during the past few days. About 200 fires have directly affected the city and its outskirts, and that doesn't include fires happening in other states.

Many worry about health issues, as Mexico City government’s contingency plan is not restricting vehicles and still allows children to go to school. The plan at this point is only providing general recommendations, such as to avoid exercising outside or cooking with wood.

“This is a chronic problem,” said Pablo Ramírez, an air quality campaigner for Greenpeace Mexico. He says Mexico City has been dealing with intense air pollution for decades, but the current fires make things worse.

Ramírez explained the increase of toxic microscopic particles is concerning, but the levels registered are not enough to call for an emergency under current regulations.

“If we don’t solve this problem, we will have air pollution problems for more time,” Ramírez said.

Sonoran factories prepare for possible June 1 reopening Groups say border wall construction threatens biodiversity of Arizona sky islands North American border closures extended to June
By posting comments, you agree to our
AZPM encourages comments, but comments that contain profanity, unrelated information, threats, libel, defamatory statements, obscenities, pornography or that violate the law are not allowed. Comments that promote commercial products or services are not allowed. Comments in violation of this policy will be removed. Continued posting of comments that violate this policy will result in the commenter being banned from the site.