What is Happening With the Colorado River Drought Plans?

Five states are done, but California and Arizona failed to meet a federal government deadline to wrap up negotiations and sign a final agreement. by Luke Runyon & Bret Jaspers Tweet 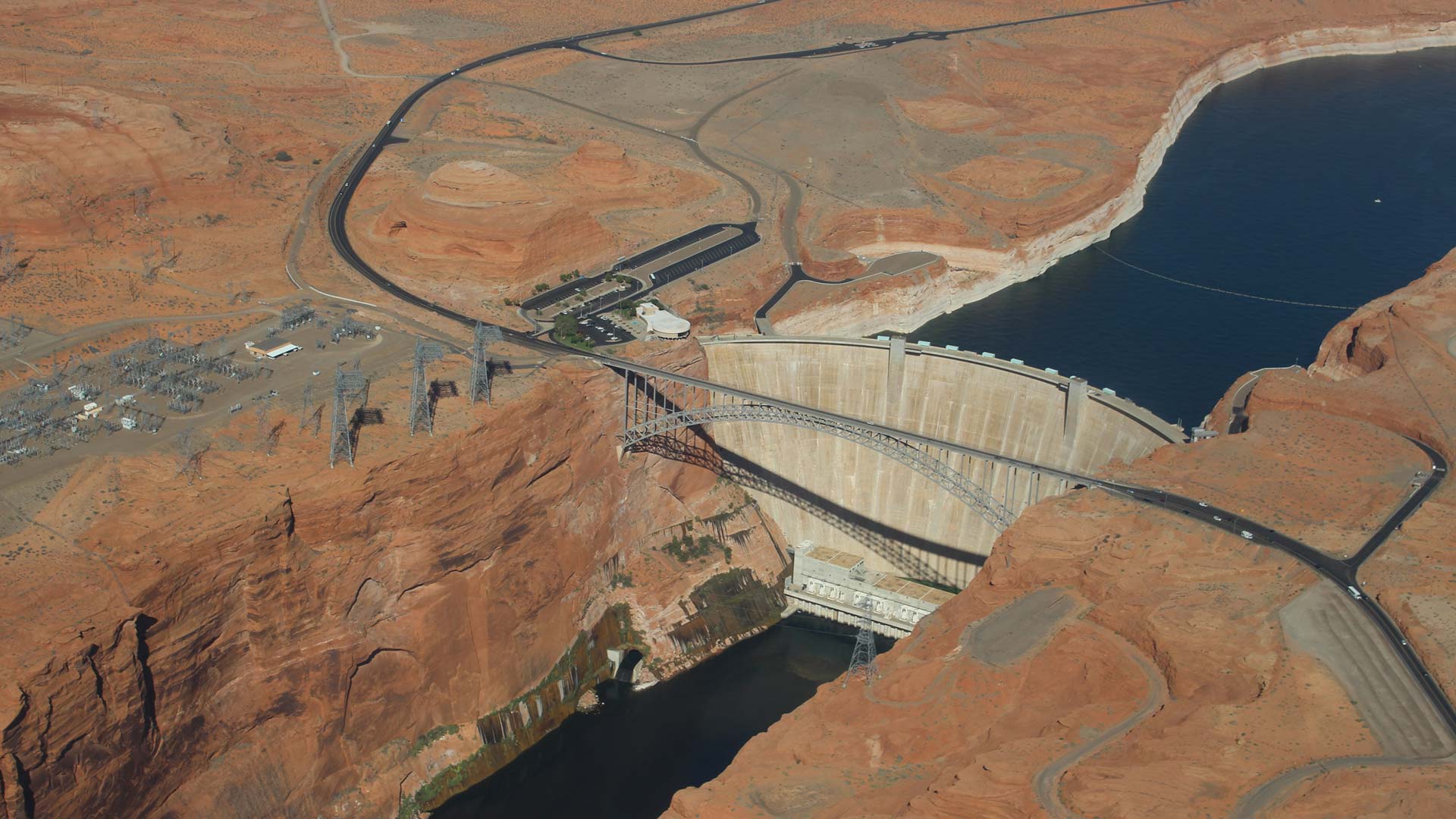 The fate of Lake Powell on the Utah-Arizona state line is one consideration in crafting drought contingency plans for the Colorado River.
Luke Runyon/KUNC/LightHawk

States that rely on the Colorado River for their water supplies are currently unable to finish a series of agreements that would keep its biggest reservoirs, Lake Mead and Lake Powell, from dropping to levels not seen since they were filled decades ago.

Five states — Colorado, Utah, New Mexico, Wyoming and Nevada — are done. The country of Mexico has also completed its portion. But California and Arizona failed to meet a Jan. 31 federal government deadline to wrap up negotiations and sign a final agreement.

The Colorado River is stressed. Simply put, the system of reservoirs and streams has a fundamental imbalance between supplies and demands, a gap that’s growing in size due to long term warming and drying trends in the southwestern U.S.

The drought contingency plan, made up of agreements between the river’s two basins, is designed to rein in water use and — at least for six years — prevent the whole system from crashing.

Without the plans in place, U.S. Bureau of Reclamation Commissioner Brenda Burman said she’ll be forced to take matters into her own hands. Burman has issued a new deadline of March 4 for states to finish the plans, or she says she will begin collecting comments from the state’s governors on how to solve the region’s water scarcity conundrum.

“We’re at a point where two roads are diverging in the woods,” Burman told reporters on Feb. 1. “And we need to decide which path we’re going to follow.”

The first path is the one the seven states are on now, where the parties are working collaboratively to finish the plans and put them into action themselves. Some language in the plans would then need approval by Congress and the president.

The other path, Burman said, involves invoking the federal government’s “broad authority” to manage how water is distributed in the river’s Lower Basin. But as tensions rise in some of the areas where the plans remain unfinished, some users are ready to challenge that authority.

Let’s go through a few points to understand where the drought plans stand now:

1. Arizona did and didn’t meet the deadline

Hours ahead of the midnight deadline on the afternoon of Jan. 31, a group of Arizona lawmakers and water users gathered in the old state Capitol building to watch Gov. Doug Ducey sign a resolution giving the state’s top water official the ability to sign on to the Drought Contingency Plan.

The signing was a celebration, a culmination of months of discussion in the state that laid bare hard truths about Arizona’s water past, present and future.

Earlier in the day, as the Legislature prepared to vote on the measure, Republican House Speaker Rusty Bowers talked about just how hard it’s been.

“There are hundreds and hundreds of people who’ve worked on these two bills that we have before us,” said Bowers. “All kinds of associations and groups have focused their attention on this. And we hope that this, as has been declared, this first step, will be beneficial to all of us.”

Negotiations brought in some groups that hadn’t been included in the past, like the Colorado River Native American tribes, based in Western Arizona.

“This was our first run at [the drought contingency plan] and we were very confused,” said Chairman Dennis Patch. “And we’re a lot smarter now. We hope to continue to work with the state on all water issues that come up.” 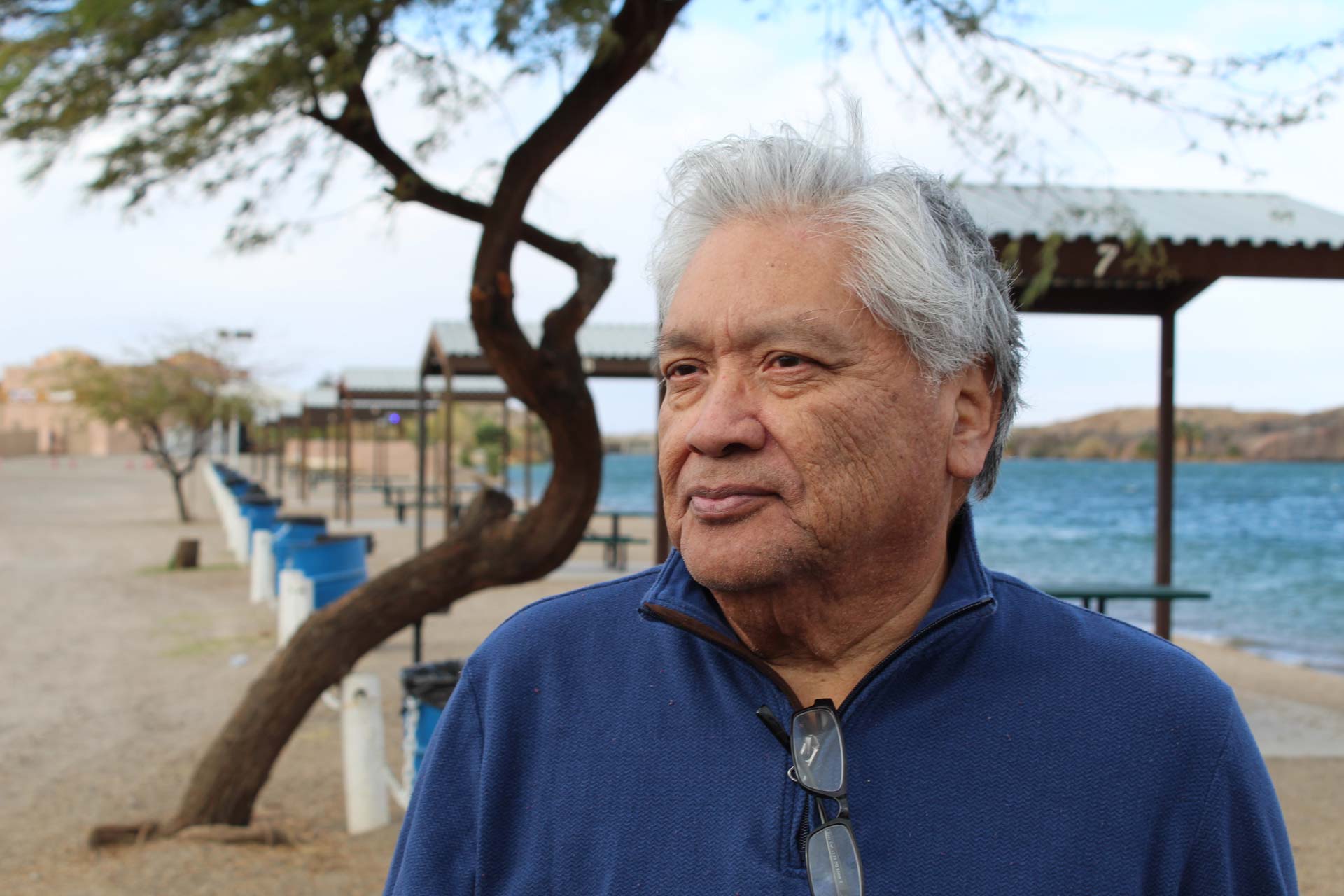 VIEW LARGER Dennis Patch is chairman of the Colorado River Indian Tribes, whose land straddles the border between Arizona and California. Patch was involved in negotiating Arizona's portion of the drought contingency plan.
Luke Runyon/KUNC

With Arizona on board, the Associated Press declared the process complete.

But while Arizona was celebrating its big milestone, the federal government came in and crashed the party, saying the state didn’t do enough for the deal to be considered “done.” Leading up to the deadline the federal government was vague on what “done” actually meant. That led to claims that the goalposts for completion were changed last-minute on the state that struggled the find consensus.

Reclamation’s Burman said additional agreements among the state, individual water districts and tribes were left incomplete. The federal hammer would remain until those groups signed on.

“We met the deadline and the federal government is NOT in charge of our water,” Ducey spokesman Patrick Ptak said in an email to reporters. “It's time for others to do the same.”

California’s Imperial Irrigation District hasn’t been shy about its concerns over the declining Salton Sea in negotiations about the river’s future. The IID is the single largest user of the Colorado River’s water.

Since early 2018, the district’s board has said they won’t sign a broader deal until they get more resources to manage the Salton Sea’s ever-expanding shoreline and its spiking salinity levels. A 15-year-old agreement led to a transfer of water from the district to growing cities in southern California. That and increasing irrigation efficiency have led to the lake’s dwindling water supply, causing environmental and public health problems as it shrinks.

California, too, was singled out by Burman for failure to meet her Jan. 31 deadline, a fact that ruffled feathers at IID.

“No federal coercion was needed to reach this point of near completion,” said IID board member James Hanks at a Feb. 5 special meeting. “And we don’t need it now.”

Hanks said Burman has “dodged questions” about Salton Sea mitigation funds, and about Reclamation’s role in addressing the lake’s growing list of problems. He also challenged whether the federal government truly had authority to begin meddling in Colorado River water allocations and entitlements.

While the drought contingency plans focus their attention on preserving water levels in Lakes Mead and Powell, Hanks said the Salton Sea is part of the broader Colorado River system too and its future should be included in the negotiations.

“Are the golf courses of Phoenix, the fountains of Las Vegas more important than the public health crisis at the Salton Sea?” Hanks said. 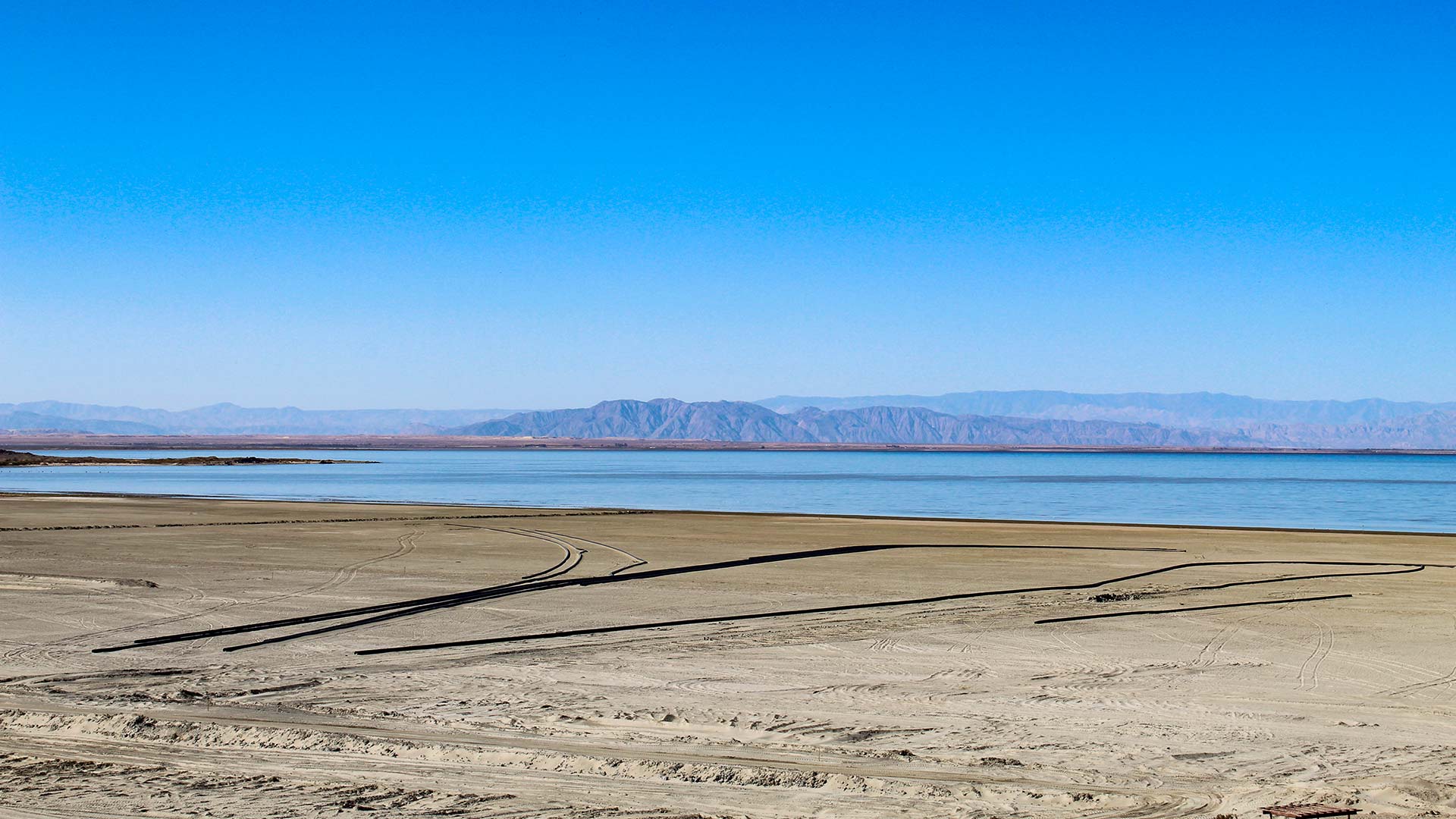 VIEW LARGER Exposed shoreline at the fast-declining Salton Sea has contributed to the Imperial Valley's high rates of adult and childhood asthma. Funds to mitigate the lake's future problems has thrown a wrench into the completion of broader agreements on the Colorado River.
Luke Runyon/KUNC

IID is seeking to secure a federal match of $200 million in Farm Bill funds for projects at the Salton Sea. Those funds have not yet been allocated. In December, IID board members said they’d support the drought contingency plan if three conditions were met, one being that the board would be able to vote on a full package of agreements when they were done. That hasn’t happened yet.

Water managers seem to agree that states need to use less water from the river. But when it comes down to who actually uses less, that’s when the tension starts to rise.

“This is where the rubber meets the road, or where the raft meets the river, I don’t know what the metaphor is,” said John Berggren, a policy analyst with Western Resource Advocates, a Boulder, Colorado-based environmental group.

Western Resource Advocates receives funding for some of its work from the Walton Family Foundation, which also provides funding for KUNC’s Colorado River coverage.

3. Once the plan is done, even harder negotiations start up almost immediately

If they’re finished, these deals won’t be in place for very long. They’re scheduled to expire in 2026.

Some have criticized the drought contingency plan for not going far enough to solve the region’s water problems.

Even the name of the deal — the drought contingency plan — seems to suggest we’re dealing with a temporary dry period, rather than an overall shift in climate.

John McClow is general counsel for the Upper Gunnison River Water Conservancy District and an alternate commissioner on the Upper Colorado River Commission.

“Most of the policymakers in the West are persuaded that we have aridification rather than drought,” McClow said. “Many folks now are saying: ‘This is what we can expect. It’s not going to get better.’”

For now, that shift is in the attitude of leaders, and it isn’t taking center stage in water policy. The current plans have been crafted as a response to shortcomings in river guidelines agreed to in 2007, when water leaders were grappling with the first few years of a now-19-year dry period.

Climate change and overallocation are thorny issues that will come up almost immediately once drought contingency plans are finished.

The 2007 guidelines are set to expire in 2026, and water managers are required to begin negotiating that new agreement next year. McClow said as soon as water managers wrap up these Drought Contingency Plans, they immediately have to take on a new set of even harder negotiations, and the current process to keep the reservoirs from crashing will likely make that renegotiation only marginally easier. 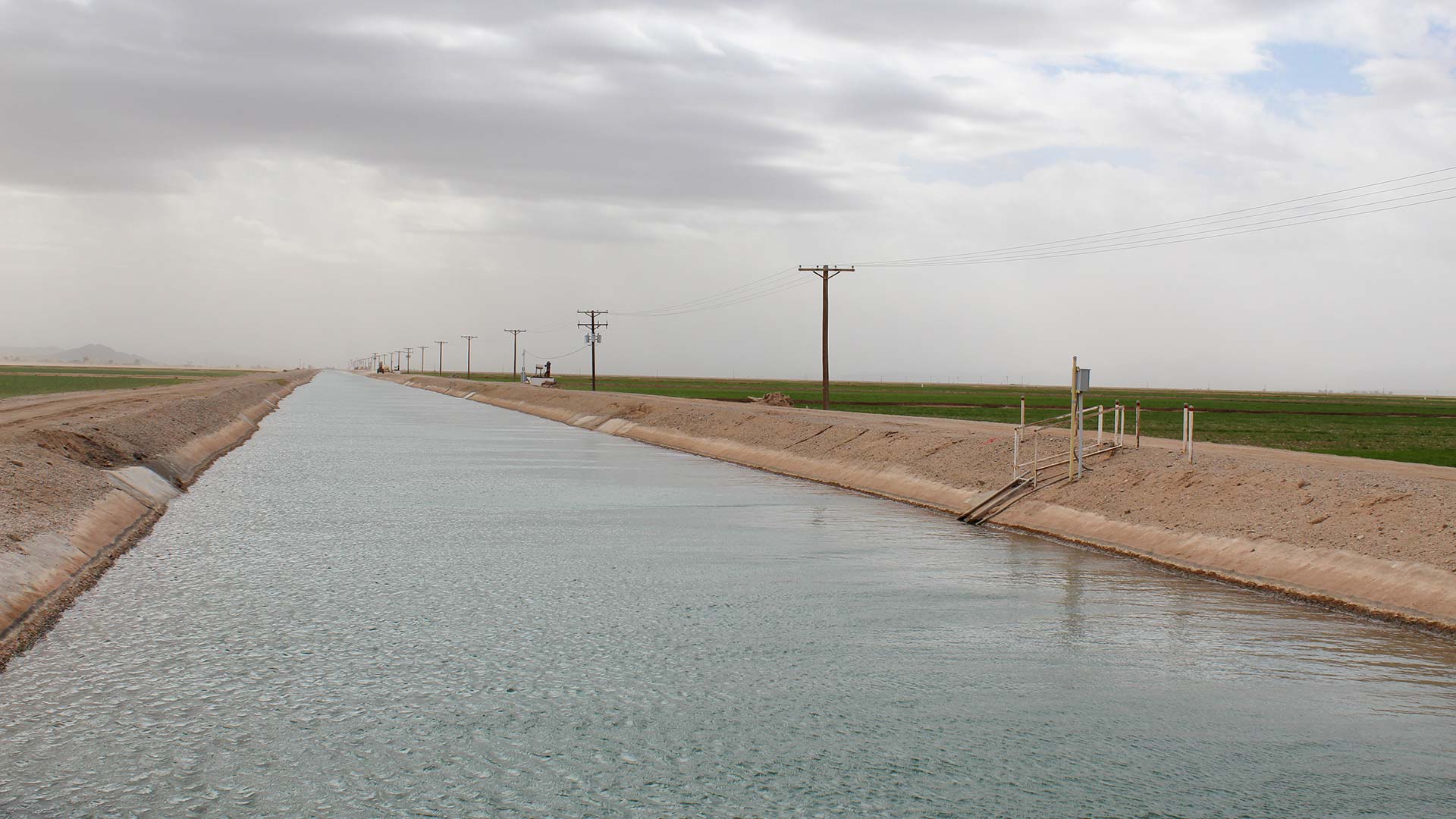 “It’s going to be hard no matter what,” McClow said. “Both basins have ideas about things that need to be fixed and they’re not compatible in some cases. It’s going to be a difficult negotiation.”

Those talks are supposed to render a long-term solution. But the weather in the near term adds a degree of uncertainty too. Many streams in the basin are projected to have less than average flows throughout this spring and summer, a symptom of an ongoing drought hangover from 2018.

And that could end up adding even more pressure to the river and the people in charge of managing it.

Even so, the process in Arizona has some water managers hopeful about the next round of talks there.

“Over the last five to 10 years what I’ve noticed as a positive is, those tribalistic instincts seem to be going away,” said Shane Leonard, general manager of the Roosevelt Water Conservation District in central Arizona. “They’re definitely still there. But they’re not as hard as they used to be.”

This story is part of Elemental: Covering Sustainability, a multimedia collaboration between public radio and TV stations in the West, and part of a project covering the Colorado River, produced by KUNC and supported through a Walton Family Foundation grant. KUNC is solely responsible for its editorial content.

Colorado River basin give approval to proposed water cutbacks For this summer's water forecast, climate experts are looking back to winter Amid dropping water levels in Lake Powell, another ‘short-term fix’ is on the way
By posting comments, you agree to our
AZPM encourages comments, but comments that contain profanity, unrelated information, threats, libel, defamatory statements, obscenities, pornography or that violate the law are not allowed. Comments that promote commercial products or services are not allowed. Comments in violation of this policy will be removed. Continued posting of comments that violate this policy will result in the commenter being banned from the site.