Fishermen say they returned to the small, endangered porpoise's habitat out of desperation. by Kendal Blust, Fronteras Desk TWEET SHARE 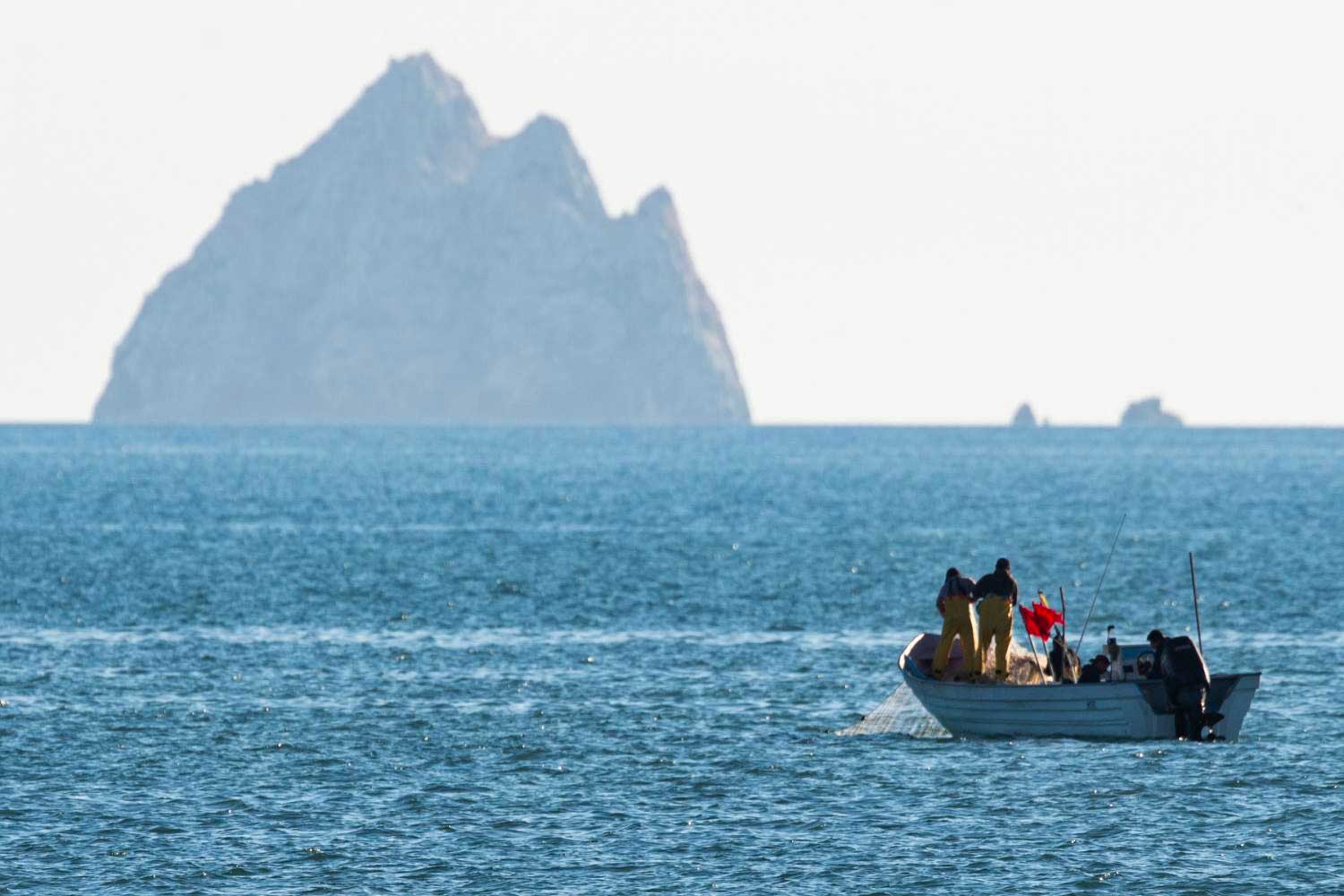 VIEW LARGER One of dozens of fishing boats spotted during an vaquita sighting expedition in a protected area in the uppermost part of the Sea of Cortez in October.
CONANP/Museo de la Ballena/Sea Shepherd via Fronteras Desk
LISTEN

Mexico's Human Rights Commission said in a report Wednesday that the government needs to pay fishermen to stay out of the water near the habitat of the nearly extinct vaquita marina porpoise.

Fishermen say they returned to the banned zone out of desperation. They haven’t been paid a long-standing compensation since President Andrés Manuel López Obrador took office last December.

“Their situation is very complicated at the moment, so that’s why some of them have just decided to go out to sea and start fishing regardless," said Eva Hidalgo of Sea Shepherd Conservation Society.

But their decision to return to the water in areas known to be inhabited by the few remaining vaquitas is causing alarm among those working to protect the small porpoise from extinction.

Last week, a researchers captured photos of a vaquita just feet away from a fishing boat. The photo was taken during a vaquita sighting expedition led by Mexico's Commission of Natural Protected Areas along with researchers from the U.S. and Mexico. It's the second expedition so far year. 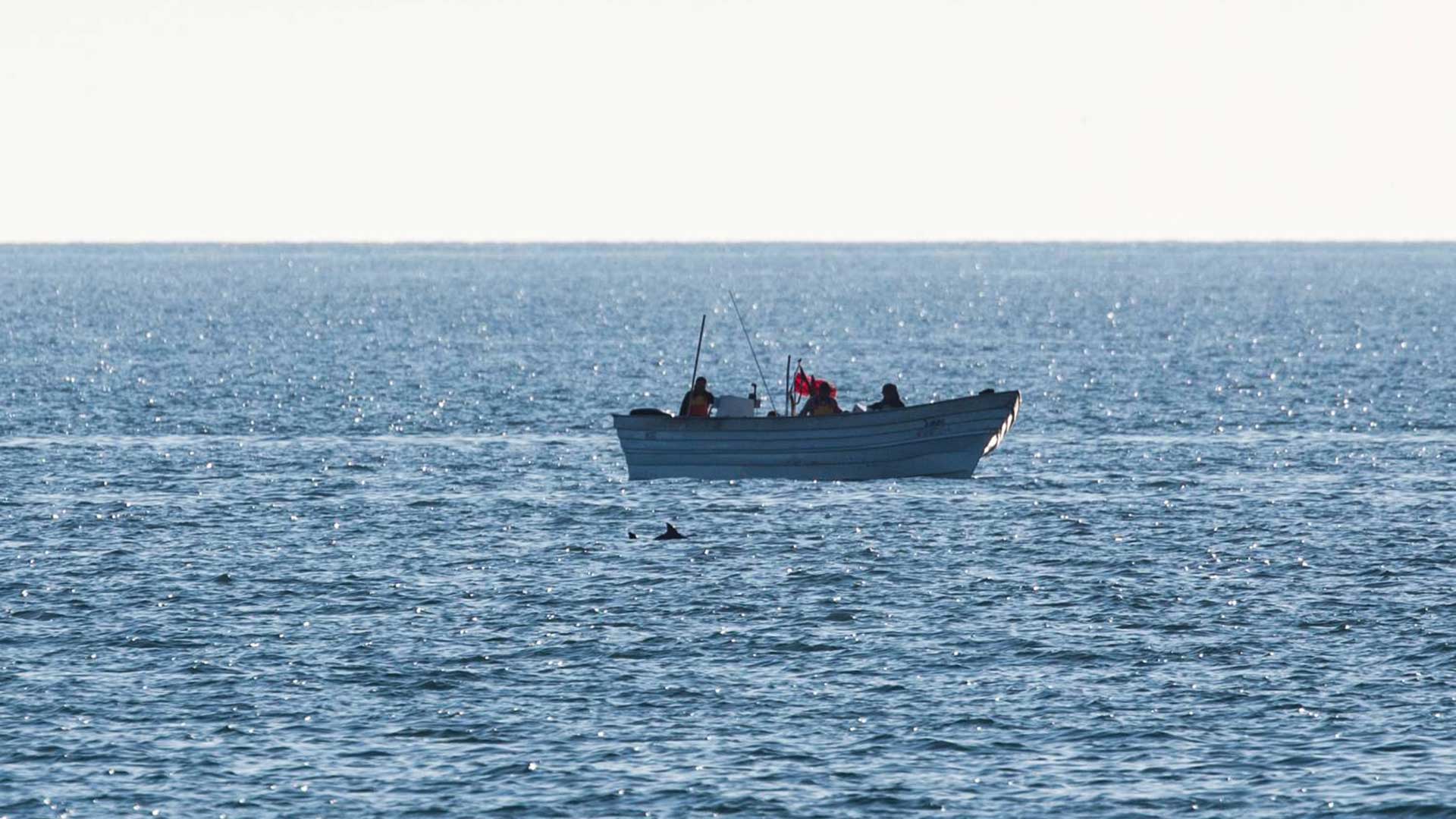 VIEW LARGER A vaquita was spotted just feet away from a fishing boat in a protected area in the uppermost part of the Sea of Cortez on Oct. 17, 2019.
Courtesy of CONANP/Museo de la Ballena/Sea Shepherd via Fronteras Desk

During the first, in late August and early September, researchers spotted three pairs of vaquitas in the same area. It's also the zone where Sea Shepherd found the body of a dead vaquita in an abandoned fishing net March.

Hidalgo said the photo of the vaquita and the fishing boat is an important representation of the tensions at play in the Sea of Cortez right now.

“This situation of instability needs to be solved pretty soon," she said.

There are only an estimated 10 vaquita left, and Hidalgo said protecting those that remain means improving enforcement in the protecting area, as well as addressing the legitimate concerns of local fishing communities. 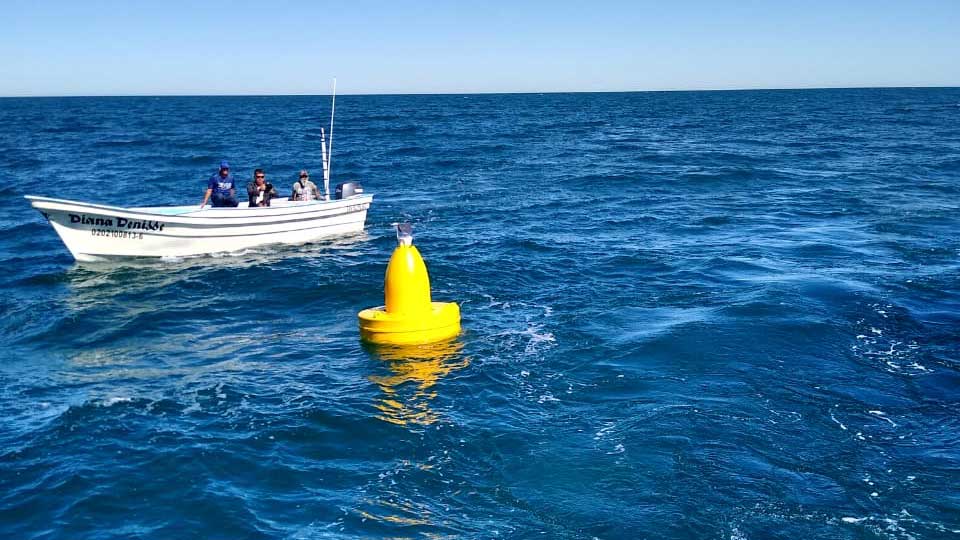 Mexico's environmental protection agency (PROFEPA) said Thursday that among other measures, it placed buoys around the zero-tolerance zone where the vaquita has been sighted.

Hidalgo praised the action, calling it an important step. But much more needs to be done to protect the vaquita before high totoaba fishing season starts in December.

Poachers use large nets to illegally fish for the huge, endangered totoaba fish in the vaquita's habitat. Totoaba buches, or swim bladders, are valuable on the black market in China. But the nets used to catch them are considered the leading threat to the vaquita.

"And the chances are that the vaquita might not survive another totoaba poaching season," Hidalgo said.

Conservationist ship attacked in endangered vaquita refuge Last year was Mexico’s most violent; Sonora saw biggest jump in murder Communities affected by mining spill win case in Mexico's Supreme Court
By posting comments, you agree to our
AZPM encourages comments, but comments that contain profanity, unrelated information, threats, libel, defamatory statements, obscenities, pornography or that violate the law are not allowed. Comments that promote commercial products or services are not allowed. Comments in violation of this policy will be removed. Continued posting of comments that violate this policy will result in the commenter being banned from the site.