Understanding How Microbursts Are Formed 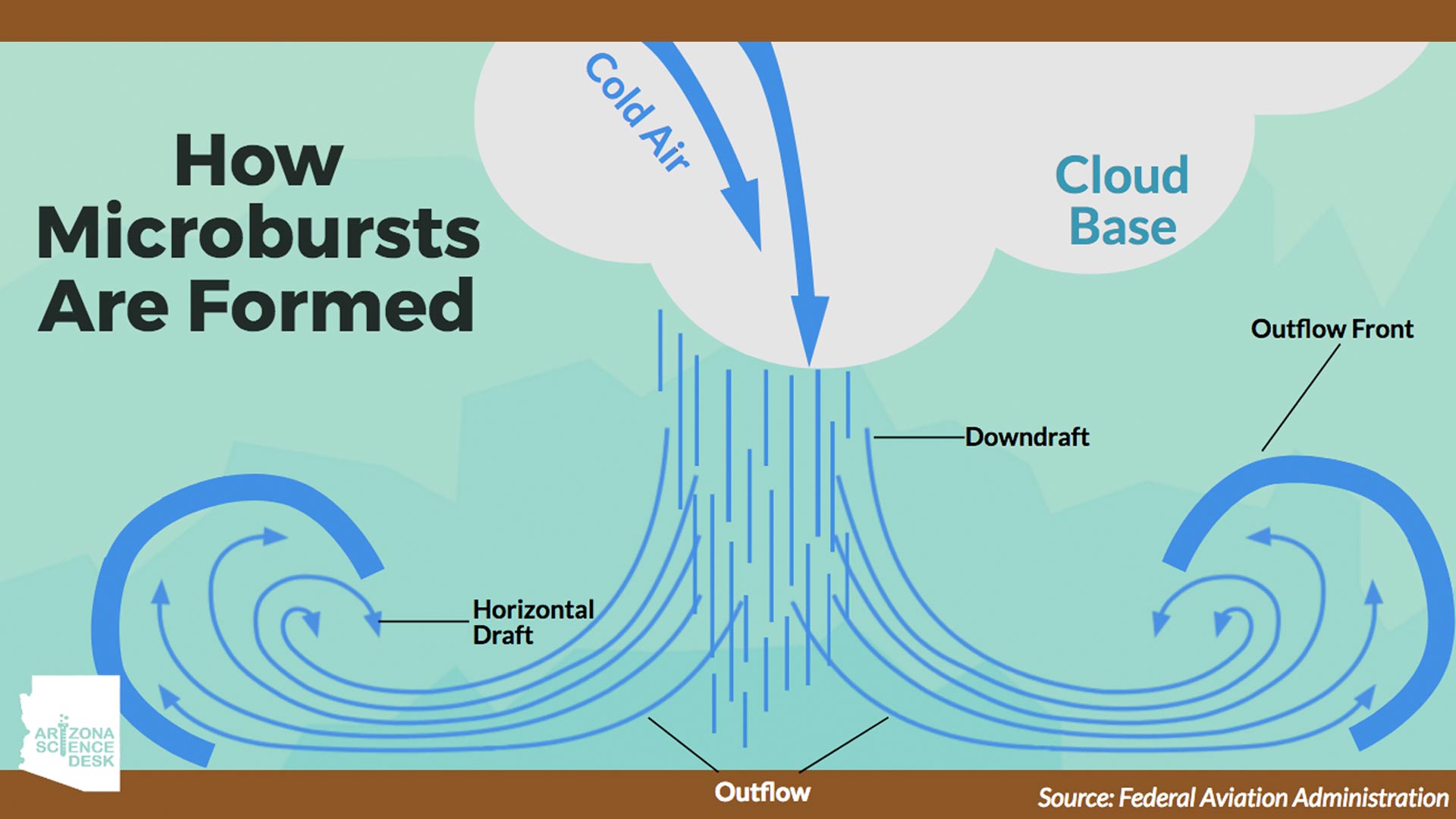 Phoenix is not known for strong winds, but that all changes when monsoons deliver destructive downdrafts like the one that damaged Burton Barr Central Library.

Winds are nature’s attempt to restore balance: Air flows from high pressure to low; hot air rises, cold air sinks. But the 20 to 70 mph downbursts that collapse roofs and uproot trees get their oomph from altitude – and gravity.

“As it falls, it accelerates toward the ground, and once it hits the ground, that’s what generates the downburst,” Percha said.

When that happens, the force is strong enough to rattle even library roofs.

Although the NWS did not have wind measurements for Burton Barr Central Library itself, Percha says that 40 mph winds were recorded on radar.

The NWS divides downbursts into microbursts and macrobursts, depending whether they measure larger or smaller than 2.5 miles.

Monsoon Downpours Usher in Weed Season Monsoon Brings Danger of Flash Flooding to Arizona Monsoon Starts Late, Starts Strong
By posting comments, you agree to our
AZPM encourages comments, but comments that contain profanity, unrelated information, threats, libel, defamatory statements, obscenities, pornography or that violate the law are not allowed. Comments that promote commercial products or services are not allowed. Comments in violation of this policy will be removed. Continued posting of comments that violate this policy will result in the commenter being banned from the site.