Tucsonans Use More Water After Hot Days, Not During 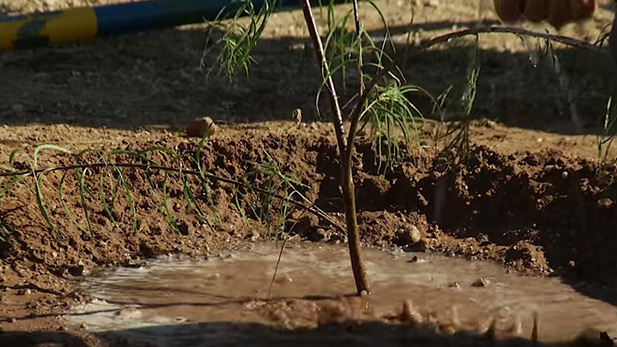 City of Tucson water usage data show a lot more about residents' water use habits, including when they leave town.

Tucson Water customers use more when it's hot and less when it rains, and they even reduce water use on cloudy days, said Fernando Molina, a Tucson Water spokesman.

It’s also obvious to the water department when people flee the area to beat the heat for a weekend, he said.

“When they return on Sunday or Monday they probably have to catch up on some watering and laundry that they didn’t get done on the weekend, so it always generally tends to be a little bit higher on the Monday after a hot weekend," he said.

Sunday was the hottest day in two decades, and sure enough, Tucsonans used more water Monday than any other day this year, so far. Monday's usage was 120 million gallons, compared with the average June 2016 usage of 109 million gallons.

When We Go Home, Power Use Goes Up Desert Heat: Deaths, Rescuers and Ways to Stay Safe Tucson Water, Trash Rates Going Up, City Council Decides
By posting comments, you agree to our
AZPM encourages comments, but comments that contain profanity, unrelated information, threats, libel, defamatory statements, obscenities, pornography or that violate the law are not allowed. Comments that promote commercial products or services are not allowed. Comments in violation of this policy will be removed. Continued posting of comments that violate this policy will result in the commenter being banned from the site.