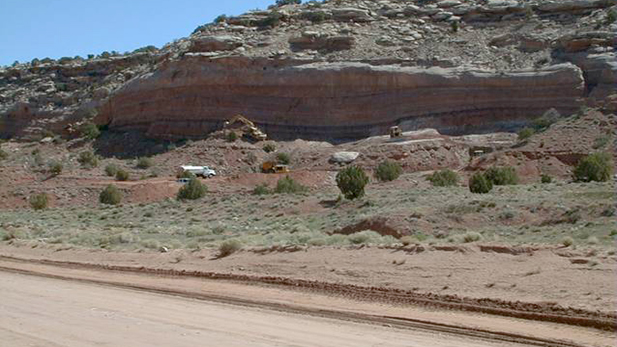 Environmental groups say they plan to appeal a federal judge’s decision that would allow a uranium mine south of Grand Canyon National Park.

In 2012, the Obama Administration passed a 20-year ban on new mining claims on more than a million acres surrounding Grand Canyon National Park.

Environmental groups recently sued the Forest Service, saying it violated federal law by allowing the Canyon Mine, an old mine, to reopen without going through a new environmental permitting process.

U.S. District Judge David Campbell rejected those claims and said the old mining right is valid under the 1872 mining law.

The Grand Canyon Trust’s Roger Clark pointed to studies that found contamination in 15 wells and springs near Grand Canyon.

“All of this information is since the 1986 decision by the Forest Service to allow Canyon Mine to mine without any kind of groundwater monitoring,” Campbell said.

Energy Fuels plans to open Canyon Mine this spring. The price of uranium has increased to $39 a pound after dropping to a multi-year low.

Supreme Court Won't Hear Bid to Overturn Grand Canyon Uranium Mining Ban Public Meetings on Uranium Mining Near Grand Canyon Grijalva: No Uranium Mining on 1.7M Acres Near Grand Canyon
By posting comments, you agree to our
AZPM encourages comments, but comments that contain profanity, unrelated information, threats, libel, defamatory statements, obscenities, pornography or that violate the law are not allowed. Comments that promote commercial products or services are not allowed. Comments in violation of this policy will be removed. Continued posting of comments that violate this policy will result in the commenter being banned from the site.