Southern Arizona Fire Season Could Be Short But Severe 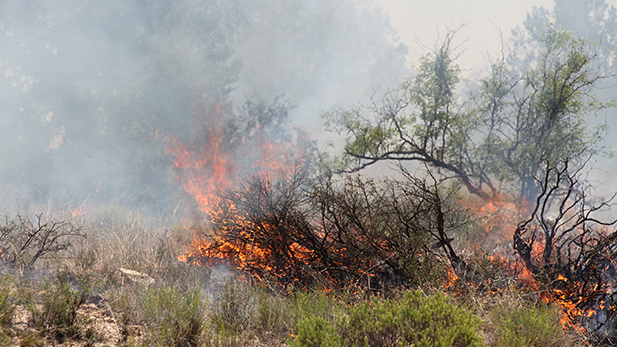 Drought conditions and lack of snow pack on mountaintops are being cited as reasons the 2015 fire season has the potential to be worse than average.

The most severe conditions are forecast through southern Arizona, including the area around Tucson, and along the state line with California.

But, the start of the season could be delayed as small low pressure systems, such as the one that passed through the Tucson area last weekend, keep temperatures low and add a small amount of moisture.

"What these systems are doing is putting things at bay," said Rich Naden, a fire meteorologist with the Southwest Fire Coordination Center. "It’s not allowing the fire season to get going in an expedient manner."

He said the spring weather could keep temperatures relatively cool and bring occasional moisture through mid-to-late May.

If models hold true, it could help delay the driest conditions that create the time when wildfires are most likely to be sparked.

An on-time start to the monsoon season, which Naden said current models predict, could mean the worst part of the fire season is shorter than normal.

"Right now, it's looking to me like six or seven weeks maximum for our big, peak fire season coming up," Naden said.

The possibility of a shortened fire season does not decrease the need for fire prevention though.

On Thursday, Arizona Governor Doug Ducey met with officials from the Arizona Forestry Division for a briefing on the season.

Ducey emphasized the importance of fire safety to state residents. He reminded them to follow state laws regarding fire use and to act wisely when utilizing fire outdoors.

Meteorologist: Incoming Storm is Start of Monsoons Arizona Fire Season Looks Bad, But Not Worst in West Arizona Wildfire Season is Late; Still Coming and May Be Bad
By posting comments, you agree to our
AZPM encourages comments, but comments that contain profanity, unrelated information, threats, libel, defamatory statements, obscenities, pornography or that violate the law are not allowed. Comments that promote commercial products or services are not allowed. Comments in violation of this policy will be removed. Continued posting of comments that violate this policy will result in the commenter being banned from the site.