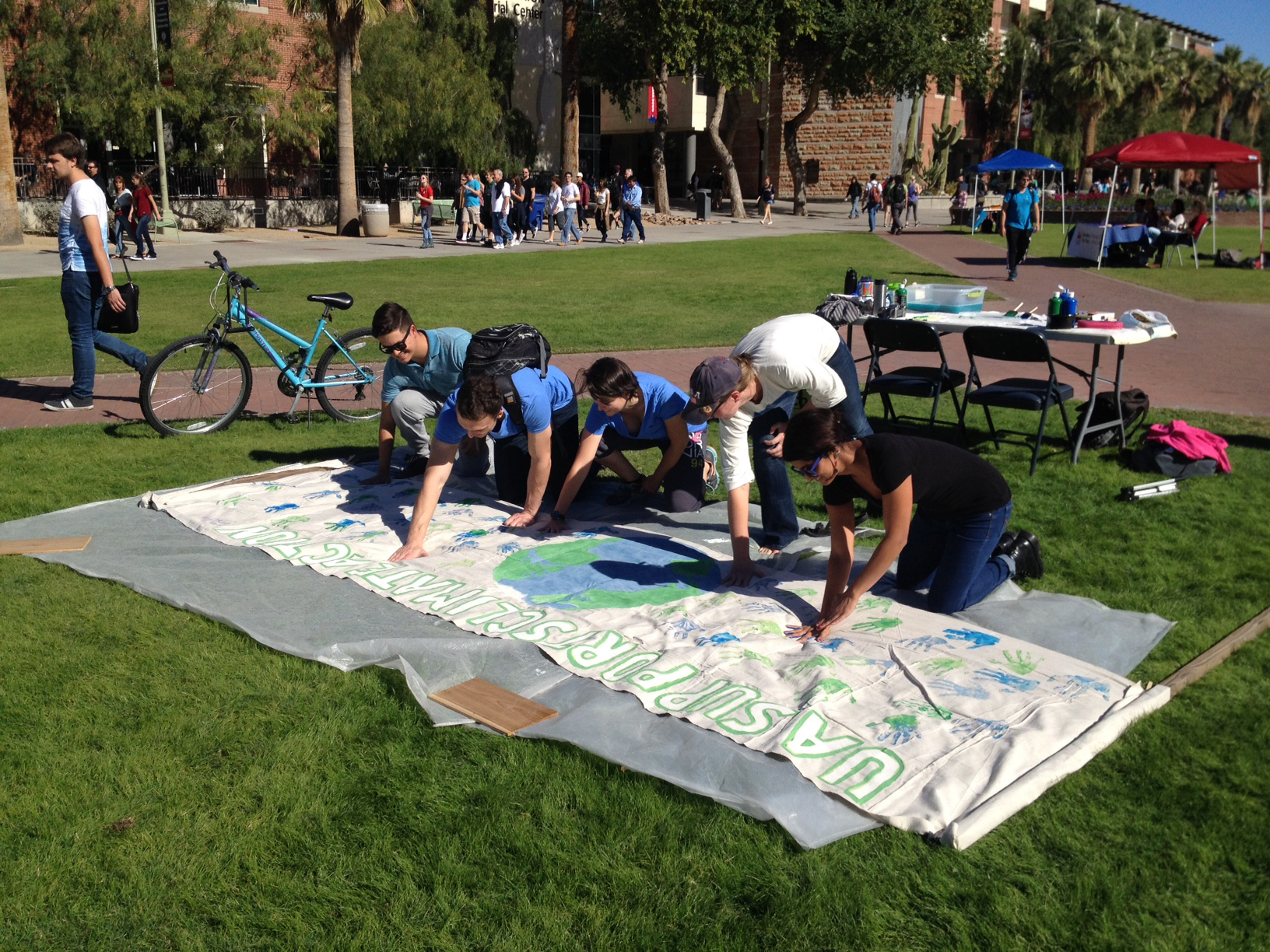 Students at the University of Arizona add their hand prints to a banner that will be displayed at the United Nations Climate Conference in Paris.
Sara Hammond, AZPM

A University of Arizona professor will lead a delegation to the United Nations 2015 Climate Conference. The two-week event commences Monday in Paris.

Diana Liverman, a regent’s professor in the School of Geography and Development, is co-director of the UA’s Institute of the Environment and will attend during the conference’s first week.

“Universities are a very important part of the conversation about climate change and the responses to it, and University of Arizona is arguably one of the leading research universities in the United States, if not the world, particularly in the area of climate adaptation,” Liverman said.

Liverman said accreditation allows the delegation access to the main conference area where the climate negotiations will occur, and to other events surrounding the annual gathering.

“The conference is a turning point in our decisions globally about what to do about climate change. We already know that going into the conference that countries are making some of the most serious and deep commitments to reducing their greenhouse gas emissions that we have ever seen,” she said. 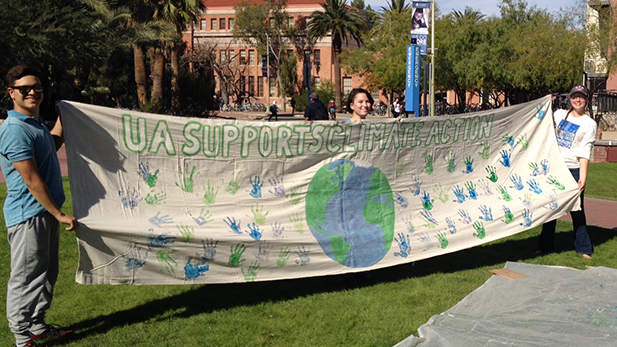 UA Students for Sustainability will show their support at the United Nations Climate Conference in Paris with a banner covered with handprints from the UA community.
Sara Hammond, AZPM

The goal of the climate conference is for nations to craft global agreements to reduce carbon emissions and slow warming.

“Even though there are some pretty serious commitments to reduce emissions going into Paris, they aren’t deep enough," Liverman said. Current commitments exceed the goal to keep global warming under around 2 degrees centigrade.

In addition to Liverman, UA faculty attending include Donald Falk of the School of Natural Resources and the Environment, and Valerie Trouet of the Laboratory of Tree-Ring Research, who will tweet during the conference’s second week.

Liverman said the group also plans to blog about their experiences.

Climate Scientist: Leaving Paris Accord Bad for Southwest Meeting at the Intersection of Diplomacy and Science Historic Climate Accord A First Step, UA Professors Say
By posting comments, you agree to our
AZPM encourages comments, but comments that contain profanity, unrelated information, threats, libel, defamatory statements, obscenities, pornography or that violate the law are not allowed. Comments that promote commercial products or services are not allowed. Comments in violation of this policy will be removed. Continued posting of comments that violate this policy will result in the commenter being banned from the site.