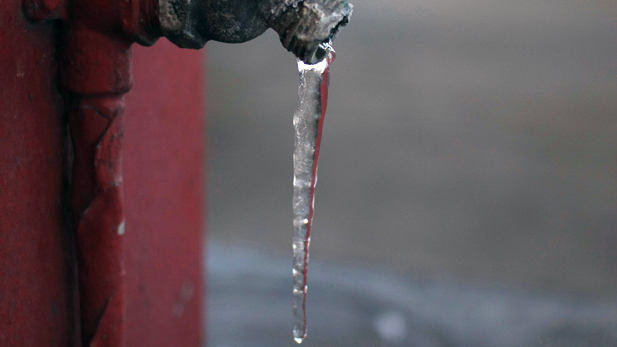 Southern Arizona spent its first night of the season under a hard freeze warning. The National Weather Service reports the low in Fairbank in Cochise County was 14 degrees.

The low at Tucson International Airport was 35. In the Tucson Metro area, the weather service says the lowest reported temperature was 29 near the confluence of the Agua Caliente and the Tanque Verde wash.

The freezing temperatures brings warnings about the Four Ps according to the weather service. When the mercury drops, forecaster Glenn Lader reminds people to protect people, pets, plants, and pipes.

Freezing Temperatures Expected Overnight Through Thursday Morning Tuesday High Temp Ties Tucson's Record for the Day AZ WEEK: El Niño to Bring Colder Days, Rain to Arizona
By posting comments, you agree to our
AZPM encourages comments, but comments that contain profanity, unrelated information, threats, libel, defamatory statements, obscenities, pornography or that violate the law are not allowed. Comments that promote commercial products or services are not allowed. Comments in violation of this policy will be removed. Continued posting of comments that violate this policy will result in the commenter being banned from the site.