× CORONAVIRUS: The latest coverage and local resources regarding COVID-19 from the Arizona Public Media newsroom.
October 23, 2015

Officials say service will be included in contract with next waste collection vendor. by Vanessa Barchfield TWEET SHARE 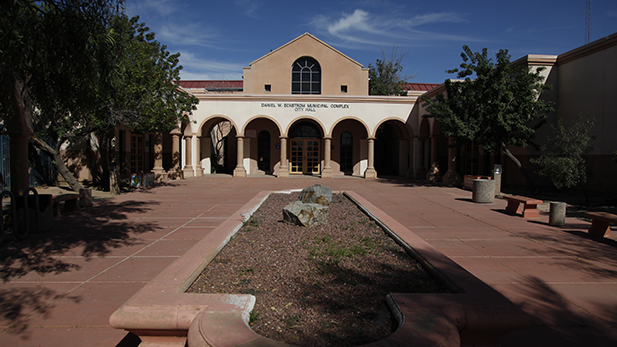 The city of Tucson stepped in to provide trash pickup from homes in South Tucson, but recycling services were not included in the temporary agreement, said Angel Lopez, South Tucson’s public works director.

"So we’re back to step one again I guess," he said.

South Tucson first got a residential recycling program in 2011 when Waste Management started garbage collection there. Residents are now left with no option but to throw empty bottles and other recyclables into green bins with the rest of their landfill-destined trash, said Lopez.

Officials of the 1.2-square-mile city within a city are evaluating long-term options for trash pick up, and Lopez said recycling services will be included in the next contract.

"I think it’s something that we need to put in place for once and for all."

Tips for Ensuring Recyclables End Up Being Recycled Garbage Collection Rates for Businesses Going Up From the Vault: Neighborhood Recycling 1989
By posting comments, you agree to our
AZPM encourages comments, but comments that contain profanity, unrelated information, threats, libel, defamatory statements, obscenities, pornography or that violate the law are not allowed. Comments that promote commercial products or services are not allowed. Comments in violation of this policy will be removed. Continued posting of comments that violate this policy will result in the commenter being banned from the site.